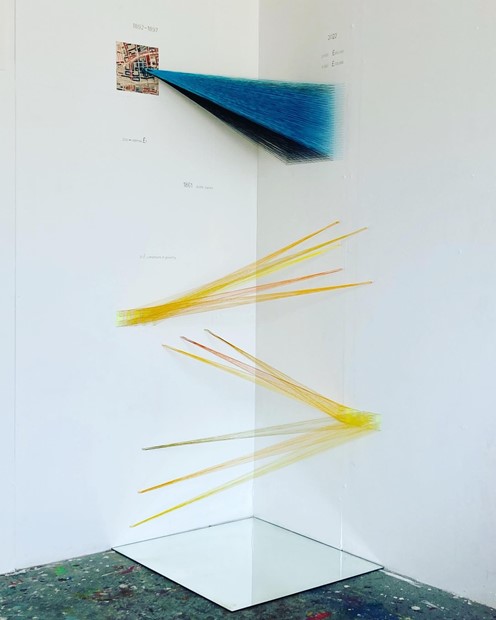 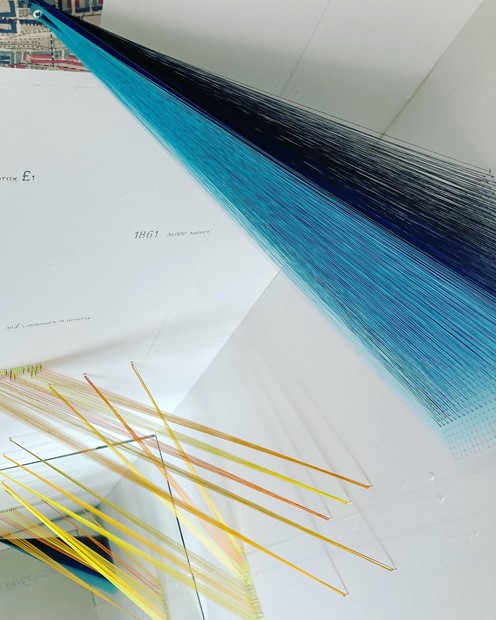 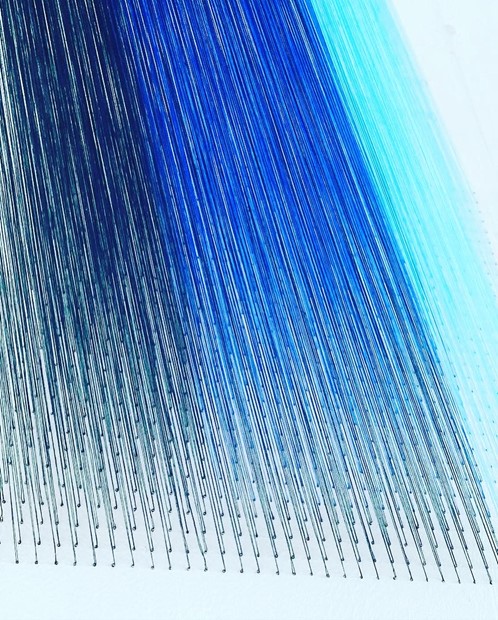 This piece was the culmination of a 3 month historical research and development project funded by Arts Council DYCP - researching the lives and times of Victorian Tailors in the East End of London.
Learning more about the lives of tailors during this period fuelled my exploration further into the social situation - the rise of poverty and slums, the paradox of London’s finely dressed wealthy against the destitution of the cloth workers. I discovered the work of Charles Booth and his investigation Life and Labour of the People 1886-1903. Fascinated by the investigation and his classification of poverty, coupled with the current economic crisis which we are hurtling towards, my work took a turn towards the social situation of then and now. I started experimenting with threads and colours taken from Booth’s poverty charts in both 2D and 3D, creating abstract works based on the living conditions of the Victorian times and playing with threads as markers of historical facts.

Happy Corner is the original meaning from the Anglo Saxon word Blithehale –the original name for Bethnal Green. The piece replicates Booths colour key and focuses on one particularly dense slum area of Bacon Street and the corner of Chiltern Street, E1. Threads are strung across the corner in a condensed arrangement to mimic the original overcrowded conditions and bring the 2D into a 3D cube.

Some key facts from the period are written on the wall and a recreated colour key, made with threads is hung to the side. There is a comparison to today’s living standards as a 2 Bed flat for sale on Bacon Street is currently listed for £650000 and a 3 Bed flat for £725000. On the opposite wall you can read that the average earnings back in the 1880’s were approximately 20s per week, which is now the equivalent of £1.

Below are the words Happy Corner which are also strung from one corner to the other in vibrant yellow strings. Yellow was used by Booth as the wealthiest marker in his poverty maps – there are no yellow houses listed in Bethnal Green in his original maps. The contrast between the tightly condensed slum strings and exploding space creating yellow strings reminds us of the gulf between rich and poor, the mirror below reflects all colours of the strings between each other which is an indicator of where we are today and how the East End has changed so much over the past 150 years, particularly over the past 10-15 years when it has become one of the most desirable areas of London to live in.