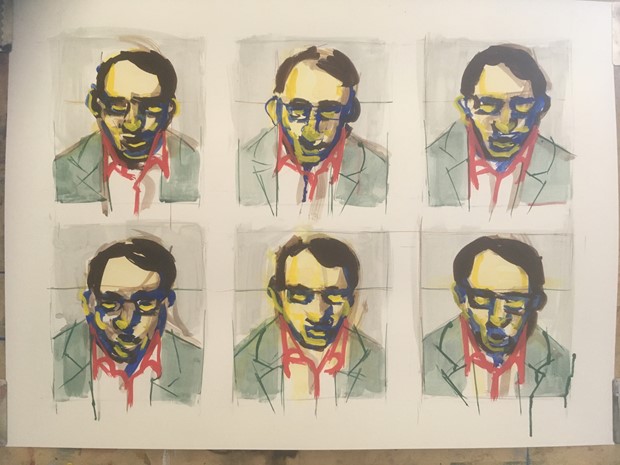 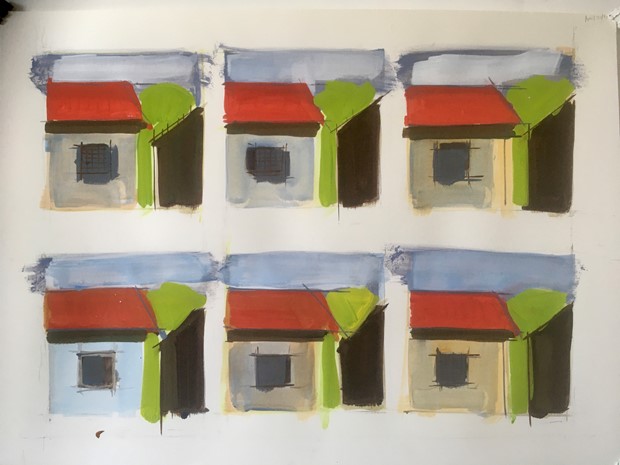 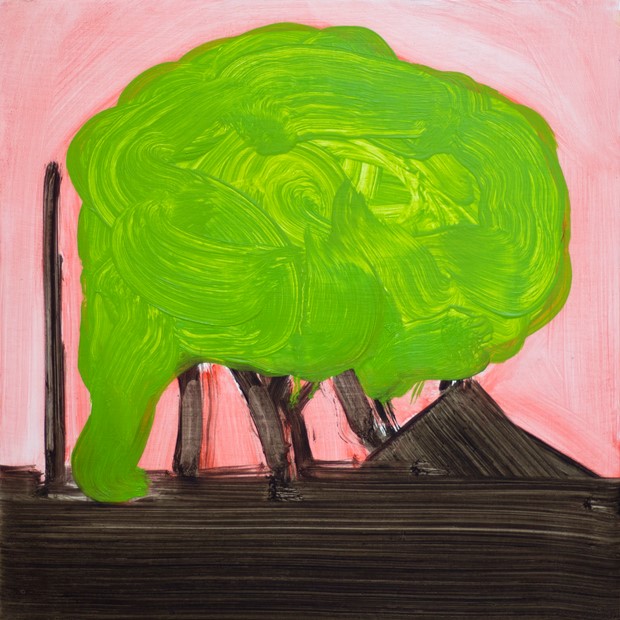 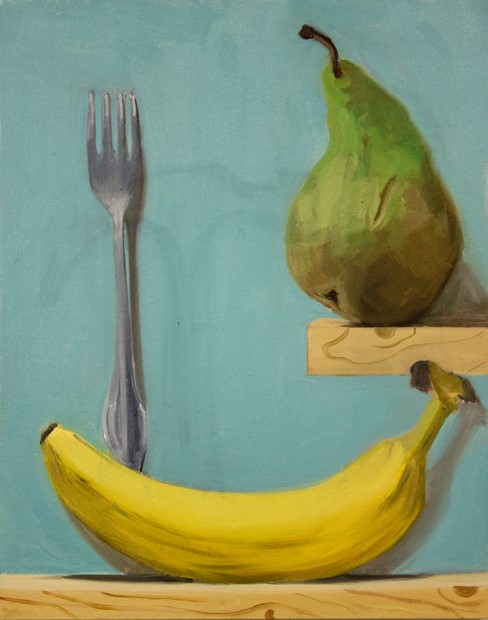 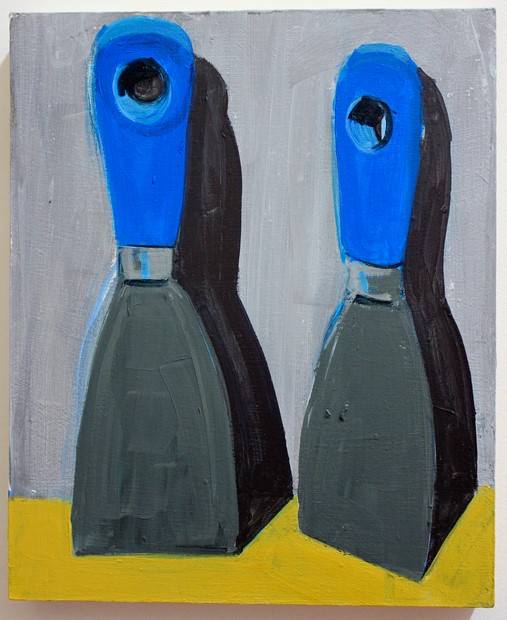 In my paintings, I directly observe tools that I use regularly within my work. I see their placement important, as to how to arrange them within a shallow space, as though they are about to be picked up, as though they are resting between jobs. The background is a space both shallow and interior, that is in keeping within a genre of still life that elicits complete attention on the objects themselves, whilst avoiding distractions from the outside world. By separating the handle of the tool from its head, my paintings reflect on the relationship between the hand and the eye and how this is akin to gesture in painting and line in drawing. I see this process as something that constantly needs to be re-arranged and assessed, as I think that my painting practise is something that should be maintained rather than created, so that it becomes a ritual that seems necessary to continue.

The shape of the tool and the function of the tool give my eye a relationship to my hand, which in turn gives form to an image.In my paintings the idea of a remembrance is played between the tool that is being directly observed and the background it rests, sits, or is inserted upon.  I consider their placement within a shallow space as though they are about to be picked up and used, as  they are resting between jobs. This background is a space both shallow and interior that is in keeping within a genre of still life that elicits complete attention on the objects themselves while avoiding distractions from the outside world.

To paint faithfully a forgetting of the tool is necessary, too much awareness of the tool can often be to the detriment of the painting as it becomes completely detached from everyday tasks; it is transformed from usefulness to redundancy. It is then that I think of all those tasks undertaken in repetition that became automatic and unconscious that allowed daydreams and reveries to take hold. This gap in memory that tools fill is similar to a counterpoint, a bridge, a medium and a necessity. An inherent beauty of design that function between where the body physical ends, and the mental imagination of its user. Through repetitive use the mass produced regularity of the tool is diminished as it takes on various peculiarities and characteristics.  They become over time less same and more unique and more able to successfully mediate between the user and the task. The tools that I paint have grown and evolved together with the body to enable certain tasks to be achieved and through this relationship familiarities have occurred that enable the tools to take on the characteristics of its user. In this way they could be considered representational of their user, whilst still being ubiquitous and through painting  they can become less still live and more self-portrait by proxy and substitution.

2015 The Desiree Prize for Painting

2012 The AP Fitzpatrick Prize for Painting

2014  ‘From Voyeurism to Exhibitionism‘  in the house project