Strange Pilgrimage: Elements of a Narrative 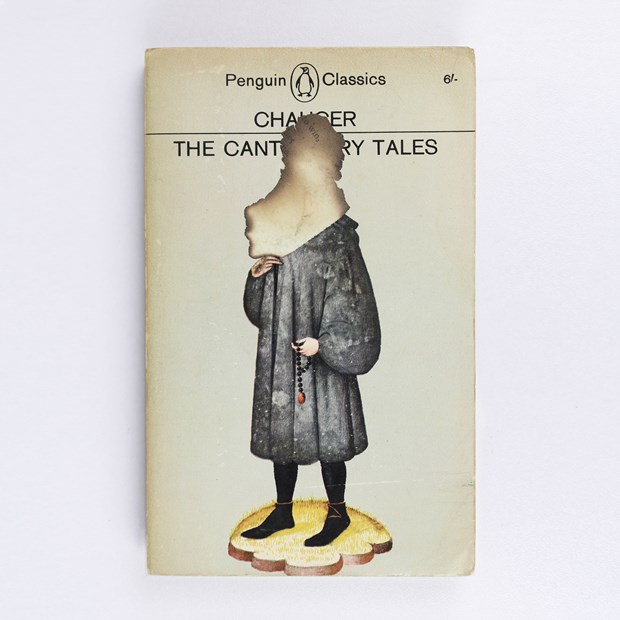 ‘The Canterbury Tales’ was written by Geoffrey Chaucer in 1386. The book takes the form of a collection of short stories told by a group of pilgrims to each other as they travel to visit the shrine of Saint Thomas Becket at Canterbury Cathedral.

This project originated in a car journey, moving through and stopping off at locations on the ‘Pilgrims Way’ - the route that Chaucer’s pilgrims travelled. Through shared conversation, encounters and re-readings, the artists have made new images and objects, re-casting Chaucer’s narrative in a contemporary context. Using the four medieval elements to frame the work, Leah Fusco (water), Mireille Fauchon (air), Emily Mitchell (earth) and Matthew Richardson (fire) explore different elements of a narrative.

Matthew Richardson - Fire: The origins of the work began with the burning of a paperback copy of Chaucer’s ‘The Canterbury Tales’ and then collecting what fragments remained. Using fire as ‘an editor’, brought an element of chance to the process and provided the raw material from which a new narrative emerged. This new visual narrative - these collages, assemblages and publication - are titled ‘The Arsonist’s Tale’. Chaucer uses fire as metaphor to describe character traits - from nurturing and passionate to destructive and vengeful. These characterisations are often stereotypes, seemingly describing an ‘everyman’ or ‘everywoman’. Canterbury Cathedral burnt in 1174 and again in 1872. Was this an act of man, woman, god or chance?