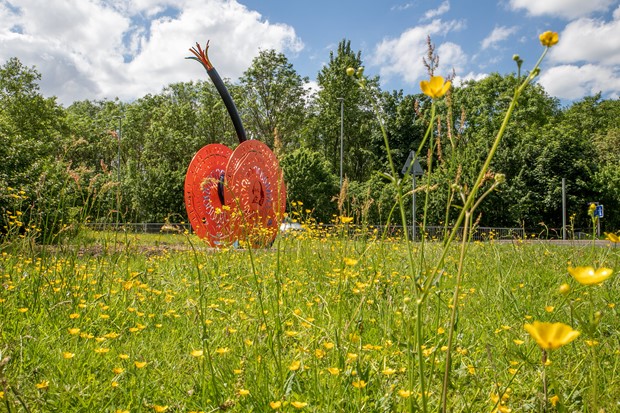 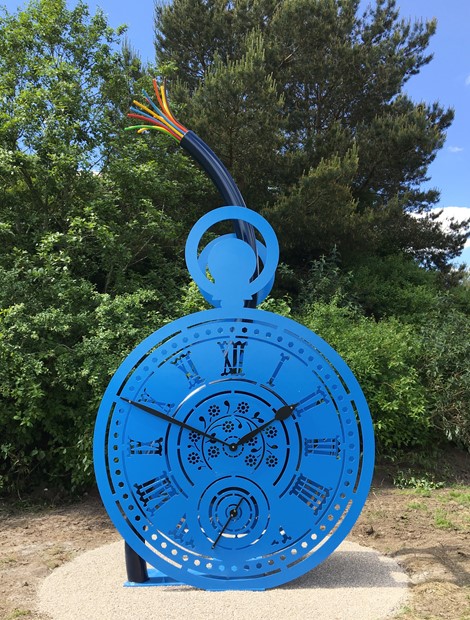 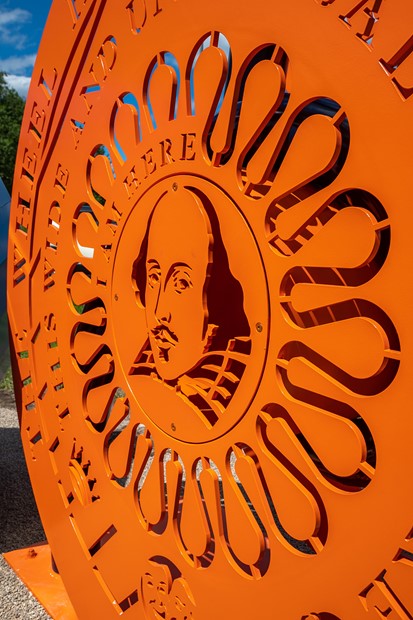 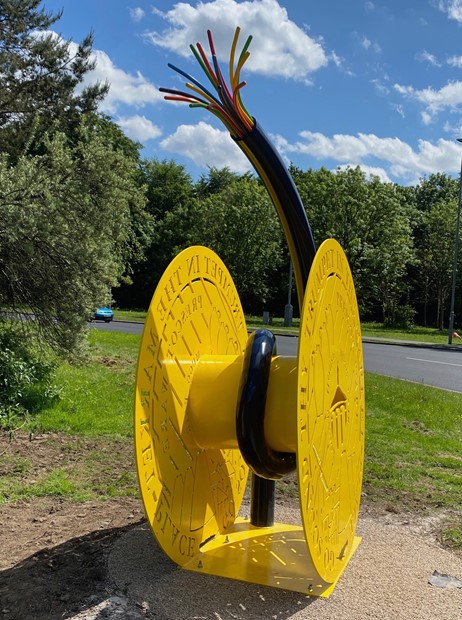 Third of four works commissioned by Knowsley Council for key outer gateway locations around Prescot, UK. Six works sited at five locations around the huge Brookebridge/M57/Liverpool Road Roundabout.
The concept has evolved following extensive consultation with the people of Prescot.
Local schools have been involved along with residents of The Watch Factory as well as local community groups. Discussions and presentations have been held in public venues and community groups, drop ins at Prescot Library and public meetings in town centre cafes, pubs and restaurants.
Prescot’s rich industrial heritage has been an important factor in the concept design process.
A strong sense of community and history is tied in with the entrepreneurial spirit of local people. A strong spirit of working together and a ‘can do’ attitude existed historically, and continues into the present day.
Key aspects of ‘the town of little workshops’ centre around industrial and craftsmanship that not only had world renown but impacted and affected world-wide trade and communications: Watch and Clock Making, Tool Making, Local Coal Mining, Textiles, Prescot Pottery, British Insulated Wire Company / British Insulated Callander’s Cables (renamed BICC Ltd), Tinlings and Stoves to name but a few.
The crafting of stories and plays that took place are still with us today from Edward Lear and his time at Knowsley Hall; the acting career of John Philip Kemble and of course Prescot Playhouse, the first freestanding purpose-built theatre outside of London and linked with the Earls of Derby who were patrons of William Shakespeare. This now has a direct connection to the Shakespeare North Theatre currently under construction in the town.