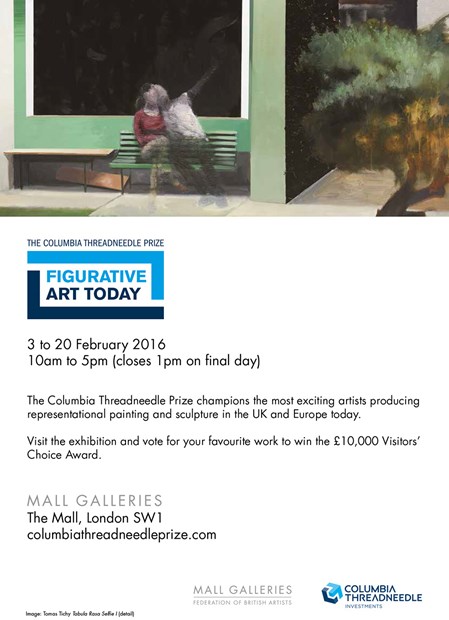 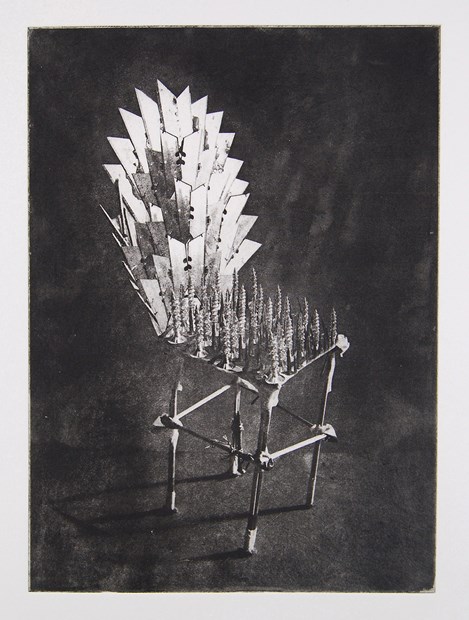 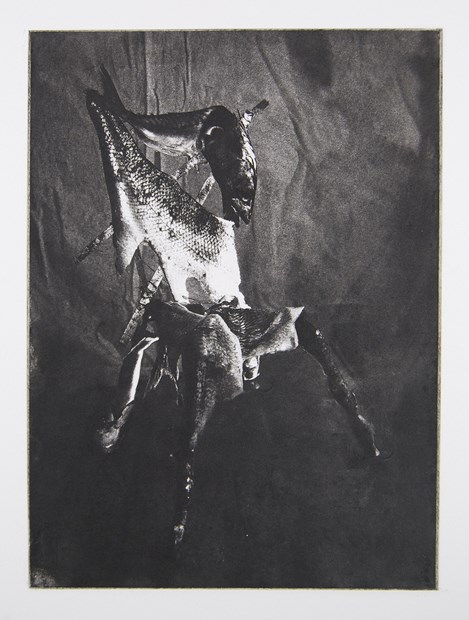 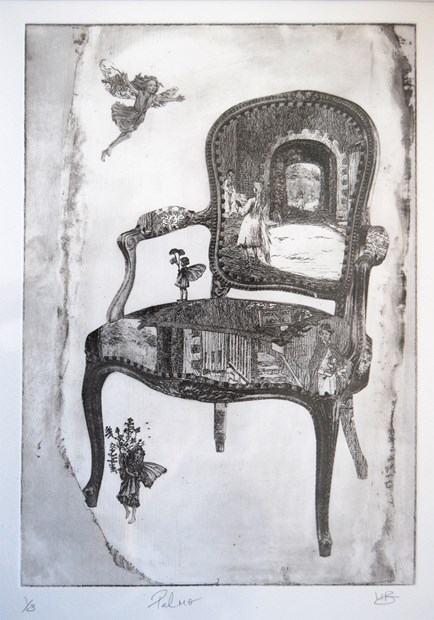 I studied graphic design at Bath College of Higher Education, graduating in 1991 with an honours degree and then went onto work as a self-employed graphic designer for ten years. I started printmaking through evening classes and I have completed a MA in Multidisciplinary Printmaking at UWE, Bristol.

There are a few objects which I feel have a personality and life story of their own because they can assume an individual identity, such as doors, suitcases, books and chairs. A chair can be a potent object which can evoke feelings from love to repulsion just through imagining what it might be like to sit in it. Each chair is portrait of someone or something. I use them to symbolize a human presence by referring to significant people in my life, through which I can express my thoughts by adding in bits of writing and text of my own. Once created they then become characters in their own right and definitely with a life of their own.

Narrative is the axis of my work. Stories to which I could attach a strong visual image have captured my imagination since childhood, I could get wrapped up in my imagination listening to song lyrics or something on the radio.

During my MA I investigated the idea of passing stories and images between generations and by creating an heirloom and passing down of information from generation to generation. This took the form of an armchair covered in photos, drawings and letters reproduced on the fabric cover including images of books and other childhood memorabilia to tell my family history to my daughter.

I soon realized that the chair was turning into a self-portrait and developed into series of photo-etched prints of ‘self portrait’ chairs. Each one represented a different emotion or experience at that point in my life, for example Be Seated and Your Life are both reflecting on human relationships, one through direct contact and the other via social media. Each was made by collaging images that I had sourced from books about furniture, costume jewellery, church furniture and other items or lyrics.

Since then the chairs I have created are based on particular stories that resonate with me, each chair is a caricature of that story, or the storyteller. As a child growing up in Brighton I was often taken to Walter Potter's Museum of Curiosities or Brighton museum which has an influence on how I view my work; my intention is that the prints themselves echo Victorian curiosities so gthat the viewer questions if what they are seeing and I hope they are drawn in for a closer look.

My most recent work includes images of hand made models based on the idea of the fragility of human survival. Mostly inspired by stories which I have seen in the news; the chairs have a life of their own, representing a person or someone ‘missing’ from the seat. Some of the chair have a certain stoicism others a vulnerability. I am currently working on a series of images investigating models as they disintegrate.

The models are roughly 12 inches tall and made by sticking, sewing and binding and then photographing each one and manipulate the images digitally before producing the final artwork for etching.

I have always enjoyed the process of printmaking because of its craft and that although I can control the image, something is added by the process of intaglio printing and how the ink presses into the paper. There is also an added element of surprise at every stage of my making because I am never quite sure what will emerge when I build the models.

Technical stages of my work.

I create the artwork for my etchings by one of two approaches, the first is by collaging objects digitally using photographs and photocopies from a bank of images which I have collected. The second approach is using small hand made models and photographing them.

From there I will play around with a digital version of the image adding text or details and patterns, before outputting artwork onto film and exposing it onto copper or aluminium plates coated with a photo-sensitive film either Puretch™ or ImageOn™.

Once exposed the plate is quickly developed in a soda crystal solution to expose the image and dried. At this stage the whole plate is then placed into an etching solution which etches into the metal. Once completed the plate can be printed with the film still on or removed. I then may continue working into the plate by hand, by using dry point or aquatint techniques.

Exhibitions in which my work has been exhibited:

The Thy Bottle — Top Badge Project, The Book Arts Center, at The Limfjord Center,