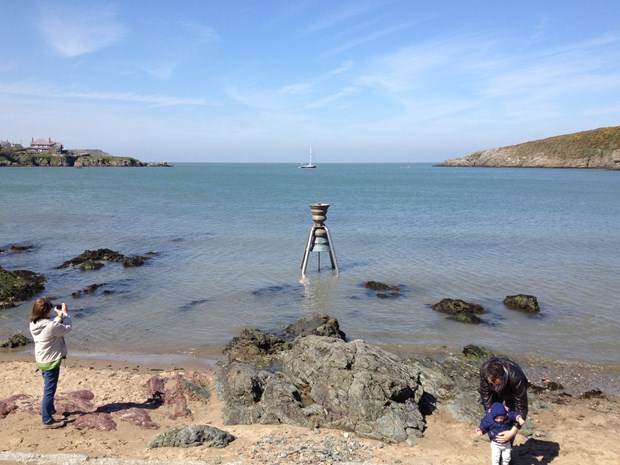 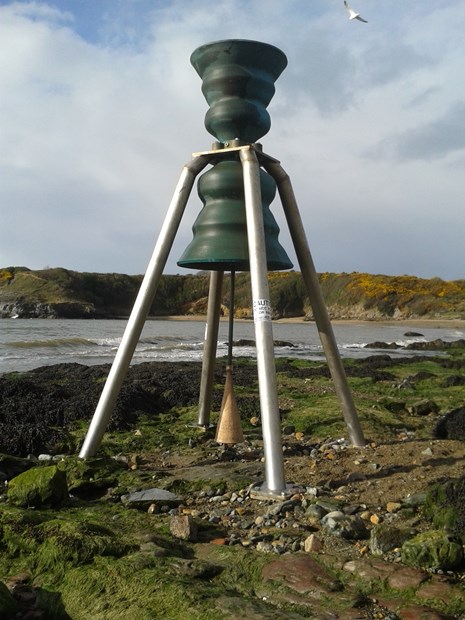 While observing  “My Feet in Earth”  being cast and tuned at Whitechapel Bell Foundry, the idea was sown to try remould this ancient communication device using finite element analysis.  The first new bell form with a new relationship of frequencies became the Time and Tide Bell. Which has been permanently sited at  the high tide mark in five location around the UK, from London to the Outer Hebrides. The rise of the water  at high tide moves the clapper to strike the bell. Played by the movement of  the waves, the bell creates a  varying pattern. As sea level rises the periods of bell strikes become more frequent, and as submerged in the rising water the pitch will vary.