Since 1990 I have worked and exhibiting as a photographer within a contemporary art context. While developing my interest in still life photography, my work explored the interface between photographic 'reality' and the artifice of staged installation/still life.
In 2005 I became interested in the possibilities offered by using vacant interiors as a backdrop/stage set for ordinary everyday objects.

"EGG from the series SPENT" 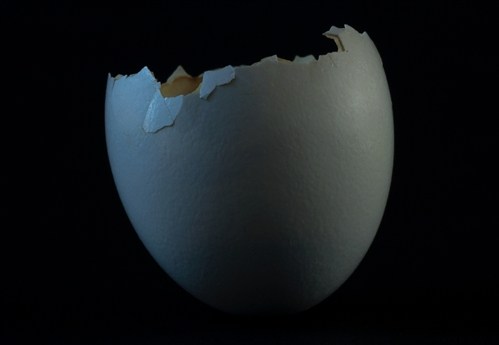 "PACKAGE from the series SPENT" 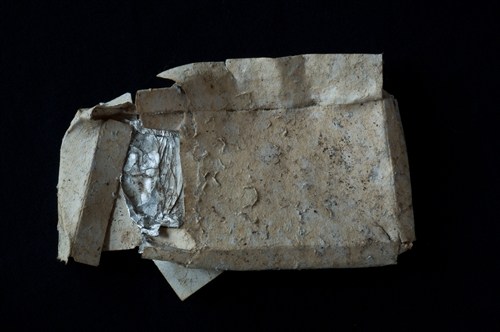 "WRAP from the series SPENT" 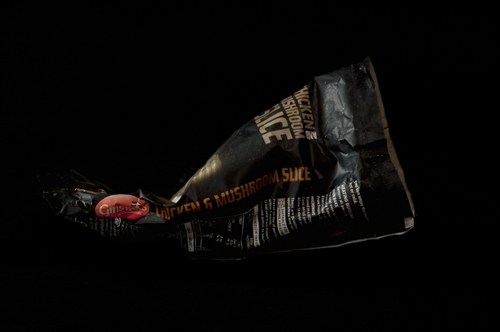 "TIN from the series SPENT" 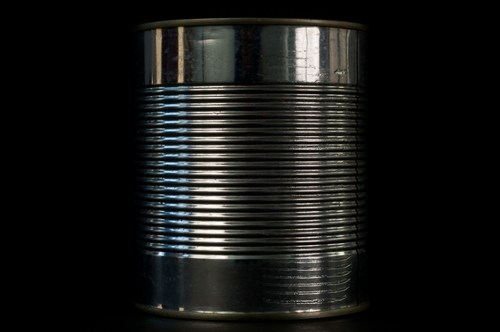 "LEAF from the series SPENT" 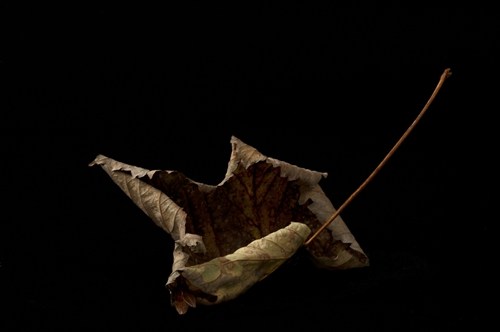 Since 1990 I have worked and exhibiting as a photographer within a contemporary art context. While developing my interest in still life photography, my work explored the interface between photographic 'reality' and the artifice of staged installation/still life. In 2005 I became interested in the possibilities offered by using vacant interiors as a backdrop/stage set for ordinary everyday objects. HOUSE explores notions of absence and presence. Inherent in the title is the Utopian view of the house which defines an aura of safety and privacy. Themes of exile, displacement, imprisonment, loss and memory are suggested, though meaning is subverted and not literal. BLUE, integrated strategies usually associated with transient sculpture. I placed ready made objects in an utilitarian, interior space. Relying on allegorical associations of colour, objects and light the viewer is invited to decode and unravel visual clues. This work focuses on themes resulting from loss, conflict and humanitarian issues. This work first shown in 2007 at mac, Birmingham as still photography. In 2008 I developed BLUE as a site specific installation. Presenting BLUE as back-lit Duratrans with Lament (video loop) in attic room at Pickford's House was my first experiment with image, light and sound as installation and was a logical development for my work. The attic space was empty apart from six large glass display cabinets. The work refers to the glimmering screens of our televisions/monitors. The infinitessimal reflections produced multiple layered images; glowing screens connoted modern technologies of the digital age. 'Milner is not playing back our alienation, but instead alert(s) us to the sensuous apprehension of the living world - a world polarised between two fascisms: global capitalism and terrorism' (Quote from Mark Durden's talk notes about Silent Monuments, an exhibition at Derby Museum and Art Gallery, Derby. November 2008). In 2011 a DELICATE BALANCE is a response both, to the austere eerie and oppressive atmosphere of The Workhouse, and to the social history of the Victorian Workhouse systems that were, at that time, the economic solution to deal with poor, the unemployed and vulnerable. The exhibition was commissioned by the National Trust and funded by the Arts Council. The artworks were placed in different spaces around The Workhouse. It was a responce both to the austere atmosphere of the eerie, purpose-built institution, but also drew on the social history of the workhouse systems and parallels that exist in today's societies. I hoped to convey the delicate balance between the downward spiral of the 'poverty trap' and the rigid demands of state intervention. Previous work: Solo exhibitions 1995 onwards: The Harley Gallery, Welbeck; The Special Photographer's Gallery, London; Coningsby Gallery, London; Lan Kwai Fong Gallery in Hong Kong; Djanogly, Nottingham; mac Birmingham; Derby Museum and Art Gallery; Castle Gallery, Nottingham; Pickford's House, Derby. Previews/ reviews: Robert Clark, Blue and House in the Guardian Exhibition Listings in 2007 and 2008, http://www.guardian.co.uk/artanddesign/2008/sep/27/exhibition.art4 http://www.guardian.co.uk/artanddesign/2007/may/05/exhibition.art Blue, Metro and Birmingham Post (2008) http://www.metro.co.uk/metrolife/315510-milner-reveals-the-casualness-of-war Books: Blue, Blurb. http://www.blurb.com/bookstore/detail/1124973 Palma di Mallorca (nd surrounds). http://www.blurb.com/bookstore/detail/1662338 On line Galleries: Since 2008 Troika Editions, Internet gallery for fine art photography. http://www.troikaeditions.co.uk/artists?search-query=milner&continue=Search Other interests: 2007 onwards Selection panel for Thoresby Open Art Exhibition. 2004 onwards Member of Southwell Artists Open Studios. http://www.southwellartists.co.uk/ Teaching experience has been wide ranging. i.e. Lecturer/tutor/facilitator photography in higher, further and community education, lecturing regularly on BA Photography and Film and Media courses at Nottingham Trent University, Sheffield Hallam University and Staffordshire University. At present: Sessional lecturer at Nottingham Trent University (Professional Certificate in Photography) and a tutor/assessor in Photography at Open College of the Arts.