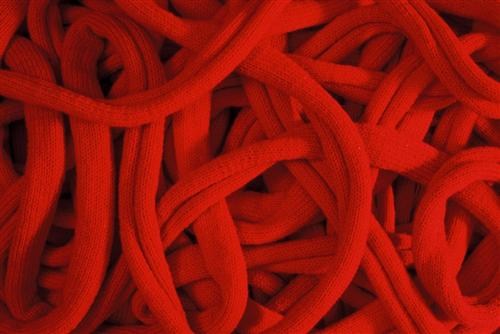 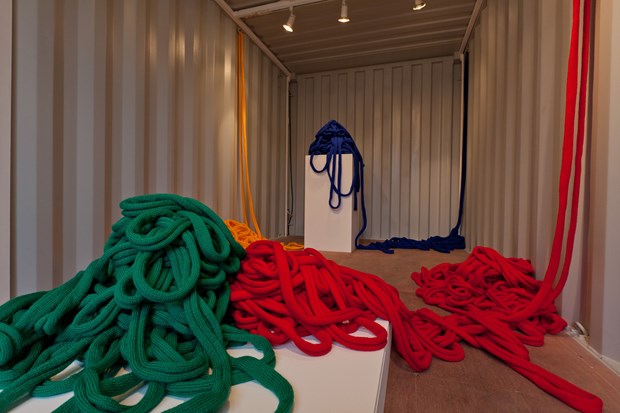 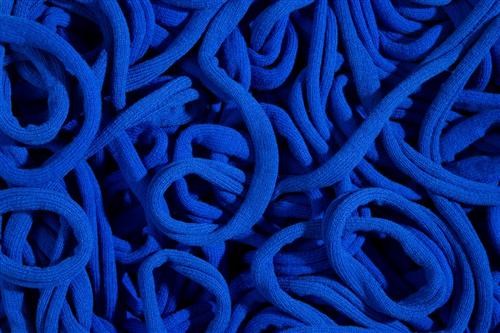 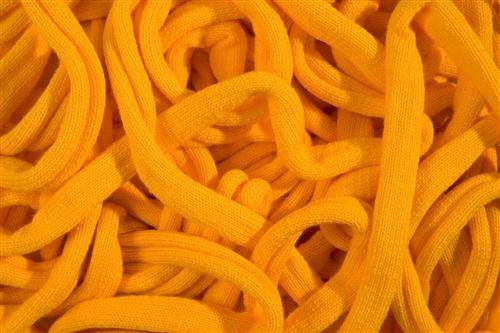 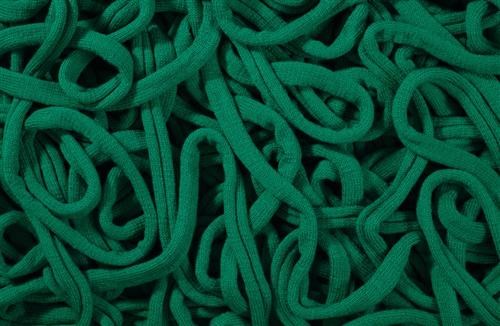 Begun in 2001, Rope is a series of hand knitted ropes, all 100 metres in length. The first four ropes, which are red, blue, yellow and green are complete; the fourth, an orange rope, is currently 61 metres long and the sixth, which is purple, has just been started. Rope has become an ironic homage to minimalism and the monochrome, being both a cool formal work of pure colour and a meticulously constructed work firmly embedded in the feminine. The repetitive production process references both mechanized fabrication and domestic craft.


Individual ropes, or combinations of them, will be exhibited in a variety of ways; either as sculptures, installations, drawings, video and/or photography. Each new opportunity, or development of the work, will afford a different context, allowing Rope to continually evolve and take on new meaning.

The red rope has been exhibited as part of I am obsessed with detail at Midlands Arts Centre, Birmingham, 2004, where it became a self-portrait and at King's Lynn Arts Centre, 2007, in a group exhibition looking at narrative. In 2008 it was shown at Bury St Edmunds Art Gallery in an exhibition exploring fairy tales, myths and witchcraft in contemporary art. In 2009, knit one purl one saw the red, blue and yellow ropes installed in the Lobby of One Canada Square, Canary Wharf, London.