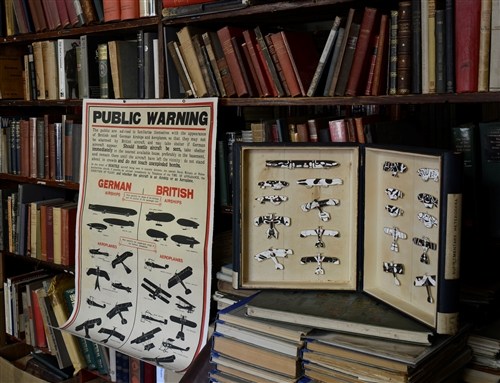 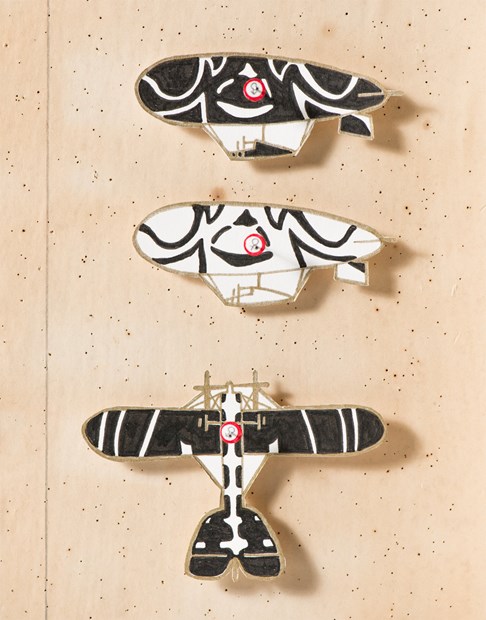 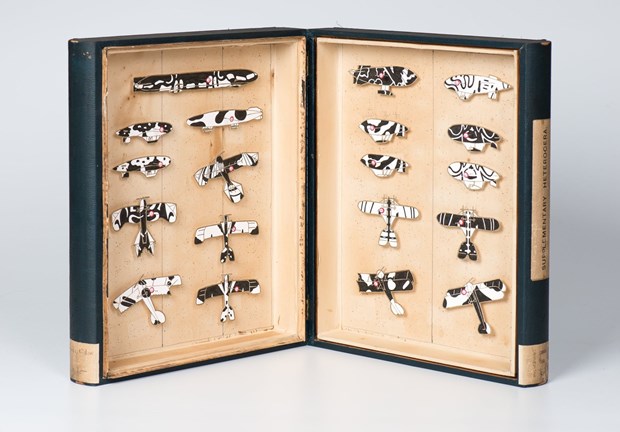 I first visited Maggs with this focus in mind, even down to specific books that I wished to view. I was intrigued by the fact that whilst listed on their online catalogue, these items remained elusive, hidden. The irony that what I was hoping to find centred on recognition and camouflage made the search even more fascinating. I finally uncovered a World War 1 Aircraft Recognition poster, which became the inspiration for Bellicus Lepidoptera.

I created hybrid ‘specimens’, which merged airships and aircraft from the poster with moth patterns. Made from paper, they share the fragility of moth wings. The use of black and white references aircraft recognition imagery, World War 1 dazzle camouflage and the longstanding use of black and white in the printed word, whilst the gold hints at the decorative detailing found on many antiquarian books. An old entomology box, whose worn and faded exterior is book-like in form, has become their depository. Fixed with brass entomology pins, they are classified according to sex; darker patterning for male, lighter for female.