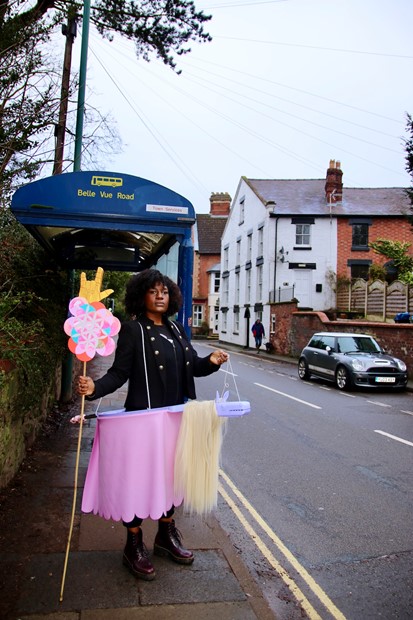 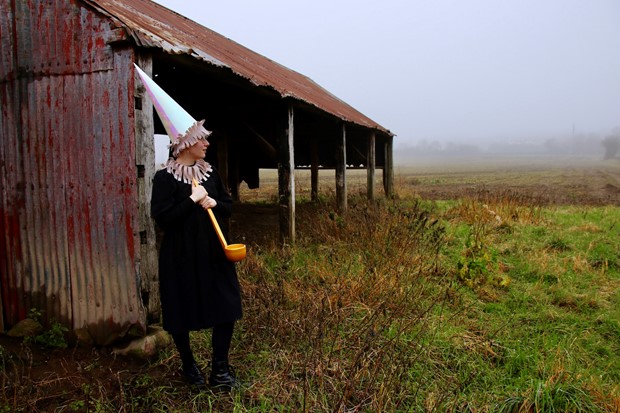 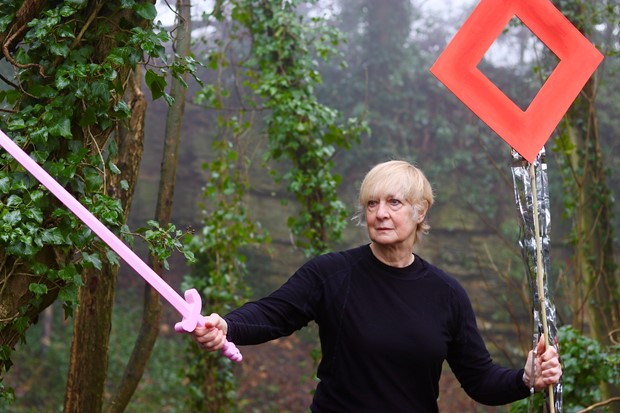 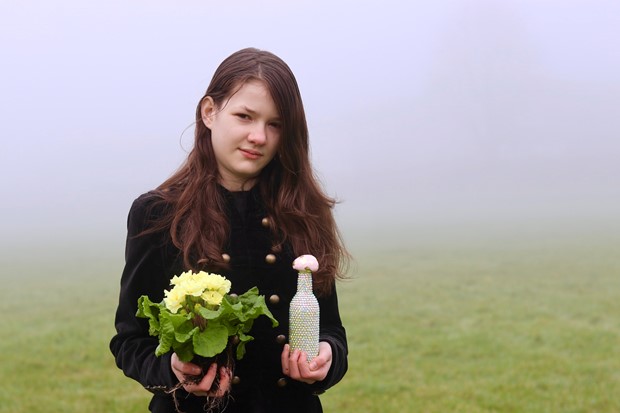 Commissioned by Meadow Arts (2021) and exhibited at Shrewsbury Museum and Art Gallery (July 2021) and Mead Gallery (October 2021, as part of the Coventry Biennial).

The role of women and non-binary people has long been marginalised in the English traditional arts, creating a canon of performances—and with it, an ideal of nationhood—that is strongly male-identified. At the same time, non-male bodies are often problematised / disenfranchised in rural landscapes, felt to be simultaneously vulnerable and potentially dangerous, which leads many women and non-binary people to self-limit their access to wild places, especially when alone. These effects are multiplied for those experiencing intersectional discrimination, e.g. around race and disability.

My work takes the form of a series of multi-layer digital portraits, drawing on the well-known (male-identified) ‘Wildermann’ images of Charles Fréger and combining photography and digital illustration / collage techniques. Plough plays are informal, pantomime-style performances by amateur actors depicting a battle of good versus evil—in which after a series of trials, good wins out. However, where women and non-binary people are currently excluded from existing performances, Plough Witches emphasises women’s roles as custodians of the landscape and bearers of alternative traditions and customs.