Seurat to Riley: The Art of Perception 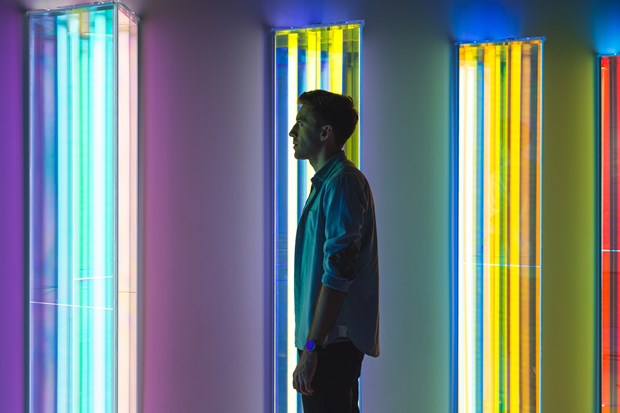 Liz West's work is to be included in Compton Verney’s summer exhibition that will take you on a fascinating and stimulating journey that looks at the ways in which our visual perceptions have been explored by artists.

'From the Impressionists onwards, artists have been inspired by the colour theories of scientific thinkers such as Michel Eugène Chevreul. The most famous examples are the pointillist works of Georges Seurat and his associates, in which colours other than those actually painted on the canvas are generated in the eye of the beholder through the application of small dots of primary colour.

During the 20th century, and culminating in the famous Op art movement of the 1960 onwards, the scientific and philosophical interest in perception extended into ways of communicating movement via static art forms. Early explorations of this can be seen in work by artists such as Helen Saunders, M.C. Escher and Josef Albers using tessellation, pattern, line, mathematics and colour, and sometimes optical trickery, to convey the sensation of movement.

This fascination with the optical in art remains strong amongst artists and makers today and this wide-ranging show features of the works of artists working since the 1960s, such as Jim Lambie, Christiane Baumgartner, Daniel Buren, Liz West and Lothar Götz. Their work is shown alongside later works of those who became stars of the ‘Op art’ movement in the 1960s and who continued to develop and explore new possibilities: Bridget Riley, Victor Vasarely, Jesus Rafael Soto, Julio Le Parc, Peter Sedgley, Jeffrey Steele and Carlos Cruz-Diez.'