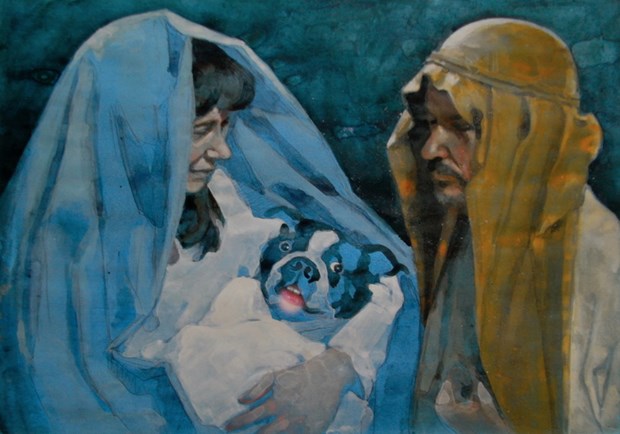 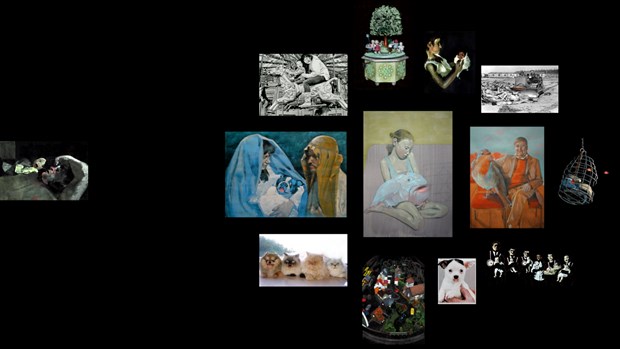 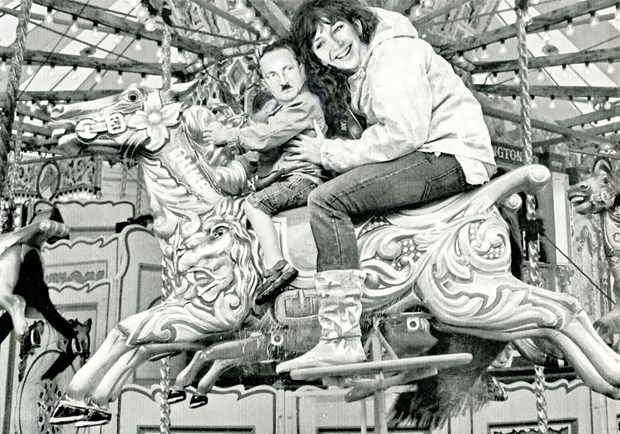 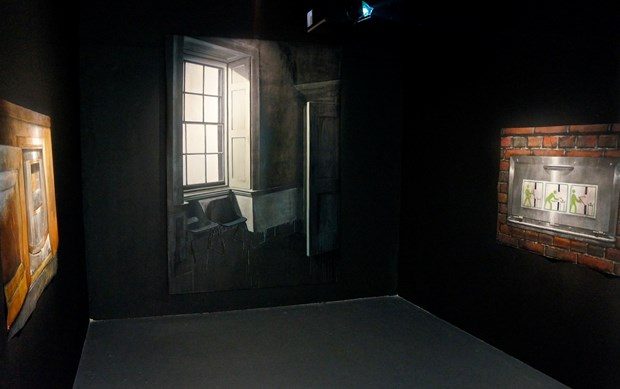 In a small, dimly lit room, various paintings are bought to life with the use of animated projections, music and narrative.

An ‘educated’ child, pleasing his father, repeats by rote the failed history of… ‘A well documented, influential, post-industrial, pre-enlightenment movement, led by scores of the socially abandoned who took laughter as their mother’. It collapsed because…‘no concrete evidence yet existed for the movement's social efficiency’.

Meanwhile, a dog, awkwardly cast as the baby Jesus, narrates a story describing the subversion of various parental figures’ actions through trauma.

For the finale, a choral arrangement of a Sephardic folk lullaby (containing a bitter message) is sung by a wall of paintings- an array of odd, clownish groups, including Kate Bush and the philosopher Martin Heidegger on a Carousel Ride, some breast feeding businessmen, a dog Fuhrer lookalike (Heel Hitler), a giant Robin with a human friend and some tiny mouths gently escaping from a dangerous looking ‘Safety Chair’.

Set against this peculiar audio-visual display within the installation space, are an additional two life sized paintings of Foundling wheels, somberly facing one another. The first dates from 18th century Italy. The second device, an efficient looking stainless steel hatch, bearing instructions, is contemporary.