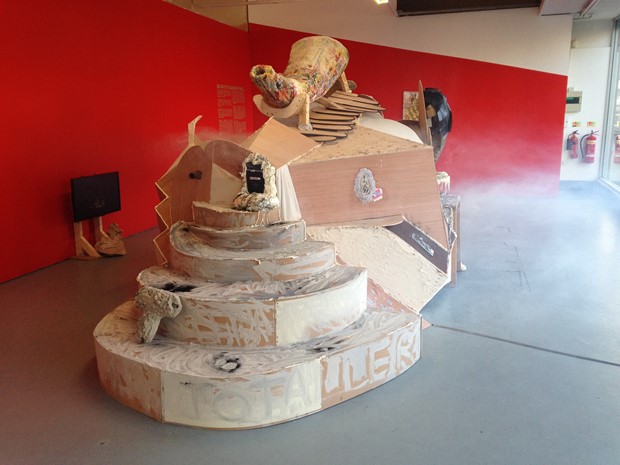 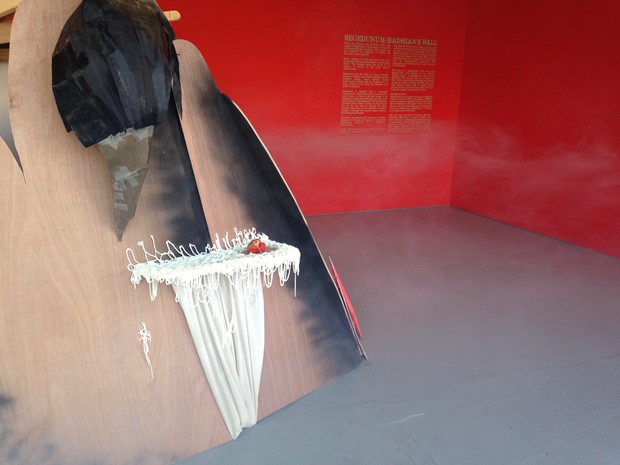 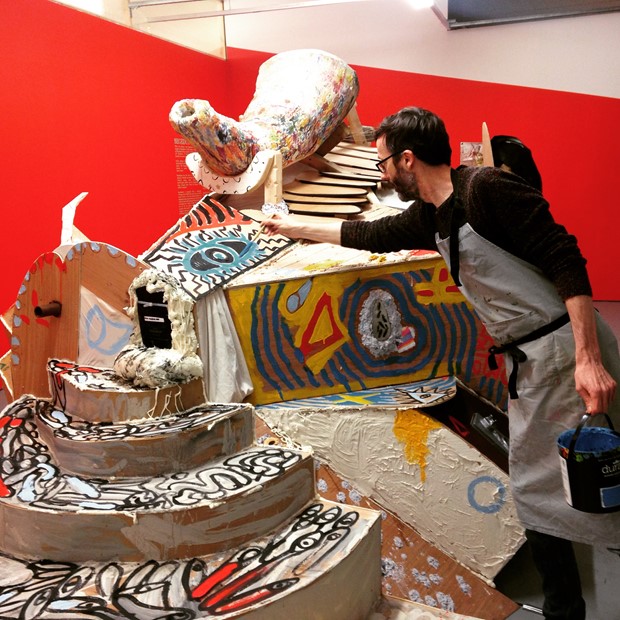 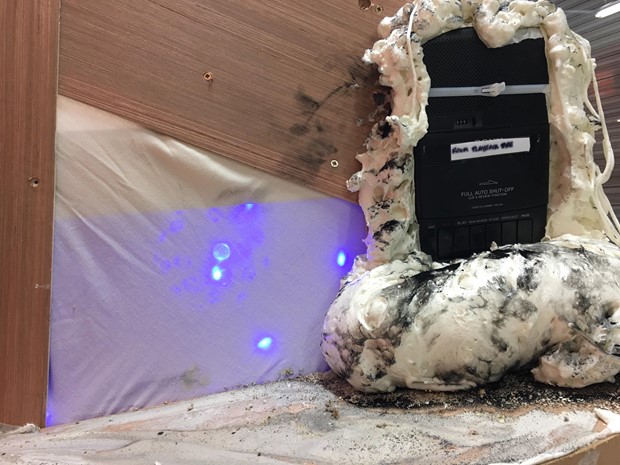 The NewBridgeProject Gateshead, January 2019.
Made as part of TOTALLER with Chris Fielder, Lea Torp Nielsen and Dale Holmes.

TOT-TOT-TOTALALAZOLA! Is a war cry akin to the Ancient Greek battle cry Alalazo! or Hip Hip Hurray! A clarion call to join collective action, an invitation to be part of something bigger than yourselves.

Eleven artists were brought together and initiated into the mythos of Newcastle/Sheffield based collective TOTALLER. Their initiation took place over several months and included a field-trip, experimental guided meditations and the injunction to produce artworks/weapons to be absorbed into the arsenal of TOTALLER.
This structure was an object built for the space by TOTALLER, a ritualistic depository based in part upon our own aesthetic idiosyncracies and informed by the numerous artworks that reside embedded in it. From within the belly of the structure emanated the sounds of the shamanic meditations that were used to initiate the eleven Zealots, modified into a post initiation call to arms, as well as an audio tour of the ready-made artwork, Segedunum, based in Wallsend. To accompany the exhibition, we produced an unlimited edition of their Field Guide a publication, based in part on Georges Bataille’s Encyclopaedia Acephalica, that explores their reality using a range of experimental writing forms.

The contributing artists are temporary Zealots for the duration of the project: Daniel Bradwell, Sophie Buxton, Grace Denton, Lucas Ferguson Sharp, Mark Jackson, Motsonian, Tom O’Sullivan, Dan Russell, Nicola Singh, Hope Stebbing and Sarah Stamp. Others may join or take part as the project unfolds. They will be de-initiated on Friday 22nd February, 6-8pm at a public event in the gallery that will include a presentation given by Susie Henderson, Niki Russell from the art collective, Reactor.