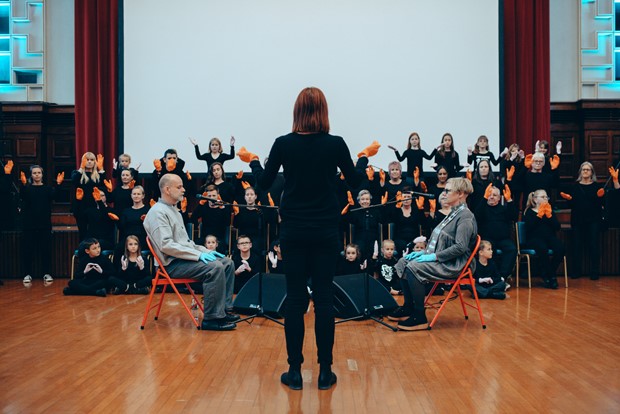 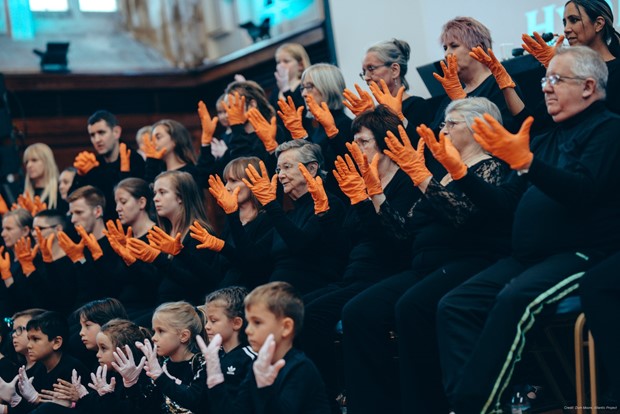 Hydrosapien (2018) was a public performance in which a Silent Choir of 100 local people used British Sign Language to present a signed version of a paragraph from the essay Hydrofeminism (2012), alongside a duo of experimental voice artists who used non-linguistic vocal interpretation to present the same paragraph from the same essay. Dressed in black and wearing orange gloves, their synchronised choreography provided a visually arresting foil to the sonically arresting voice work of the duo, whose interpretation of the same excerpt of Hydrofeminism avoided word based language in favour of bodily utterances. Hydrosapien was performed twice – firstly on the opening night of the Atlantic Project (2018) at Plymouth Guildhall, to an audience of about 800, and secondly on Commercial Wharf in Plymouth, an external location that forms part of the historic Barbican looking out onto Plymouth’s waterfront, to an audience of about 400. The project was awarded the Local Participation Commission for Plymouth Art Weekender 2018, and then drew further funding from Arts Council England (£13k in total, with a further £8k of support in-kind).