My sculpture, both on a large and small-scale, centres around the process of casting applied through the media of plaster and concrete. A key feature of my work is that I cast directly from real objects and materials. Plaster Bust Collection - 21st century re-interpretations of the historical portrait bust. The collection is a contemporary response to the traditionally sculpted figurative statues and 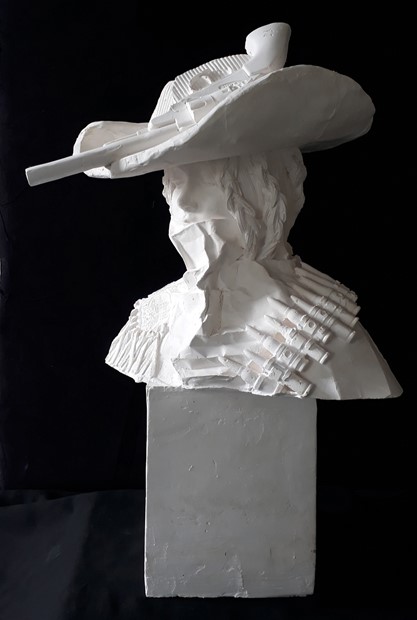 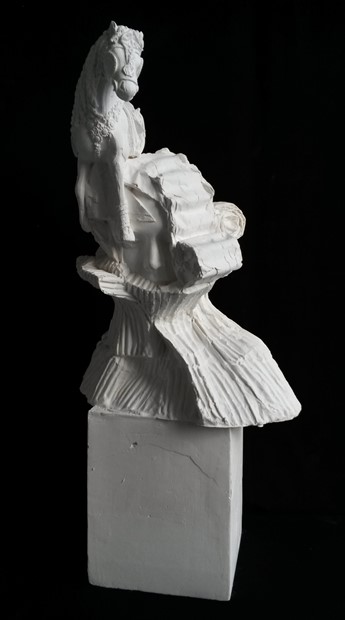 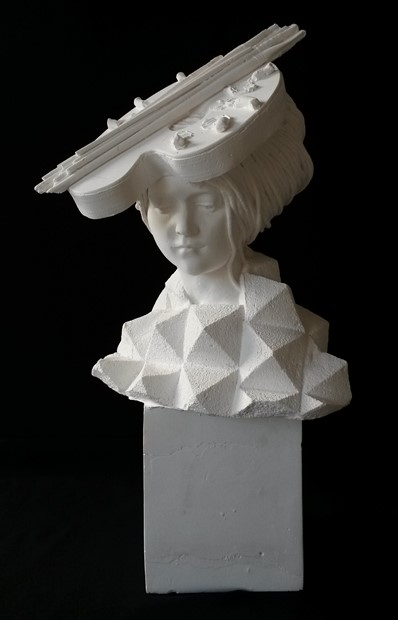 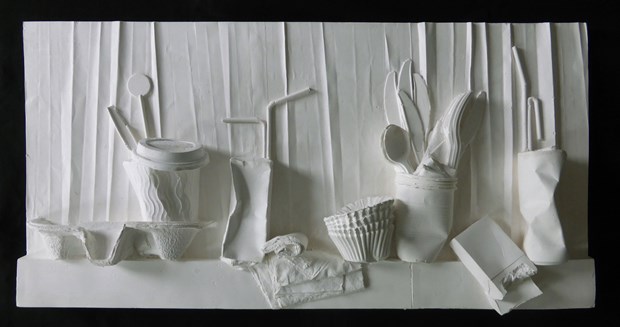 My sculpture, both on a large and small-scale, centres around the process of casting applied through the media of plaster and concrete. A key feature of my work is that I cast directly from real objects and materials. Plaster Bust Collection - 21st century re-interpretations of the historical portrait bust. The collection is a contemporary response to the traditionally sculpted figurative statues and busts of the 18th and 19th centuries, but rather than sculpting in clay or stone, the busts are made by direct casting from real things. To construct the original sculpture from which the plaster casts are taken, I first 'collage' together all kinds of materials and found objects - fabrics, haberdashery, model buildings and vehicles, plastic packaging, corrugated card, paper, electrical and plumbing parts and much else. The plaster casts made from these originals pick up an amazing amount of texture and detail giving the sculptures a strange air of realism. The idea of placing architectural monuments, iconic landmarks and random objects on the headdresses was inspired by the intriguing 18th century fad of decorating hats with very large scale, incongruous objects - famously Marie Antoinette adorned a hat with a huge ship in full sail. The references and objects chosen are quite diverse but are linked by my perception of forms as extremely sculptural in nature - whether an architectural structure, a bulldozer, a jet fighter or a book or the extreme three-dimensional headgear and costumes designed by the likes of Junya Watanabe or Alexander McQueen. Unexpected juxtapositions of theme and scale are also an important element of the sculptures. Secret Society - a Sculptural Banquet Solo exhibition at Pitzhanger Manor, London (Spring / Summer 2013) For the exhibition of busts at Pitzhanger Manor - which was 18th century architect Sir John Soane's 'country' retreat - I made a plaster banquet as a way of creating a 'live' event for them. Although at a glance seemingly glamorous and luxurious, in fact all the banquet objects are cheap, every-day items like plastic flowers, fruit and cutlery, beer cans, paper plates, charity shop glasses and discarded packaging such as take-away cups, chocolate boxes and cigarette packets. Coating these disparate items in plaster gives them not only uniformity but also an air of sophistication. But in fact this is a kind of 'anti-luxe' which has become a key concept as the busts collection has developed and I am increasingly used low-key, discarded materials from which to construct the sculptures. Architectural Friezes Exploiting the convolutions of the casting process and the interplay between positive and negative, I work with reversals of original imagery, creating negative indentations on the sculpture's surface. Architecture, architectural ornament and engineered structures have all been important references for the work as far as form and imagery are concerned. For two public sculpture commissions I introduced figurative imagery and cast directly from various motifs which I then enlarged with a special polymer mould - making technology. See these commissions on my website: St David's Shopping Centre, Cardiff & Cynon Valley Hospital, Mountain Ash, S.Wales. Commissions & Collaborations I've undertaken many commissions for private and commercial clients including creating a range of Habitat Design Store and an installation of plaster busts for Louis Vuitton. My range of sculptural Concrete Planters are also available to commission. Studio Blog My blog gives a glimpse behind the scenes in my studio and an insight to the visual perspective which inspires my work. www.kathydalwood.blogspot.com