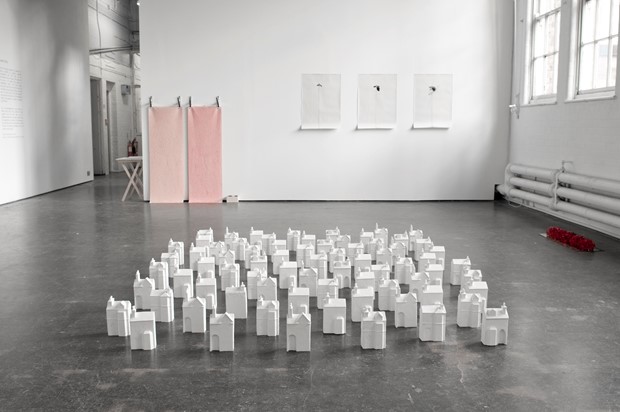 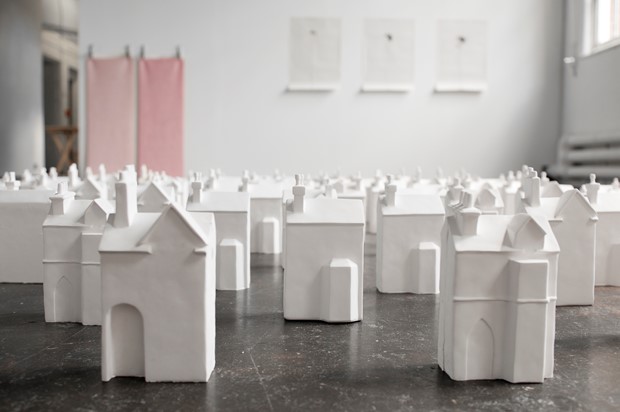 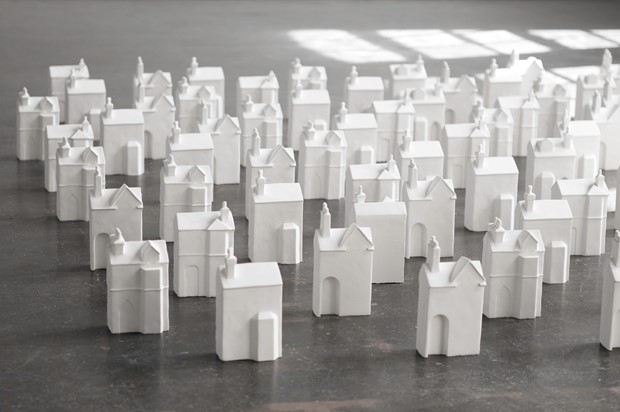 The project ''Casted out Landscape'' outlines the repetitious nature of houses that is unique to the English urban landscape by casting selected prototypes from a mould into multiples. Approximately 6 million Victorian houses were built throughout the country at a time of rapid population growth, facing a huge housing crisis comparable to the one of Britain today. The Victorian terraced house is a symbol of Britain itself, of shared memory and collective experience.

The process of casting multiples from a mould plays an important part in the project. Even though the cast houses appear to be the same, each of the siblings is different from its original. We begin to question the idea of the original and the copy and the relationship between the discarded model, the mould, and the cast. The physical play of multiple casts of the same prototype as represented in "Casted Out Landscape" when viewed all at once mimics the spatial influence of repetition of built form.