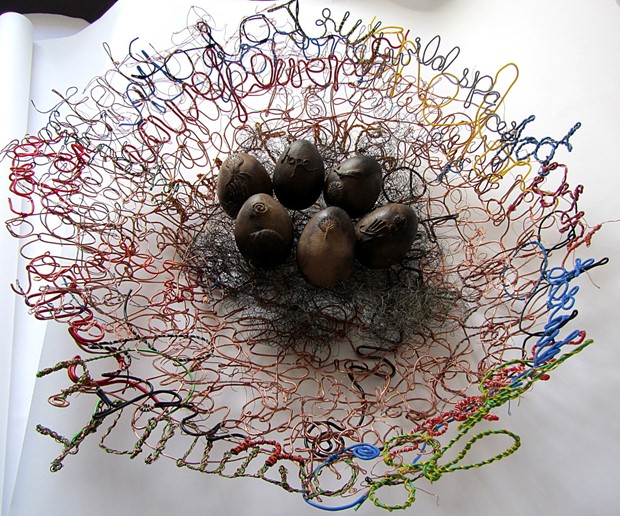 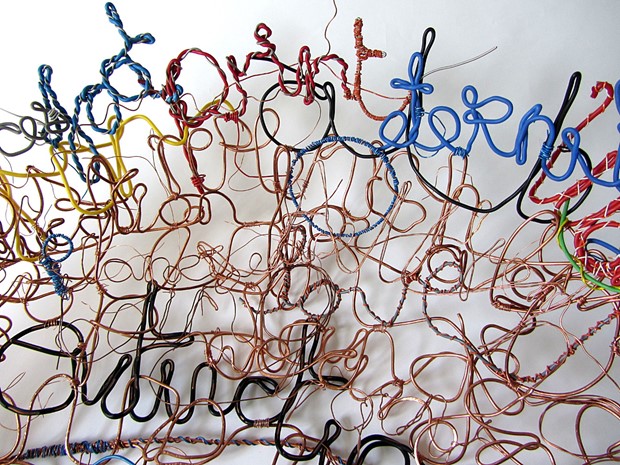 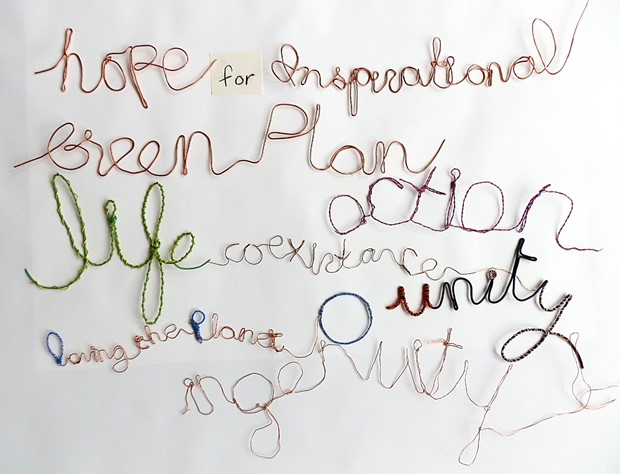 The Nest of Hope has been made for the Waveney Valley Sculpture Trail https://waveneyvalleysculpturetrail.com/ Karen Whiterod invited people who share her concerns about climate change to participate in workshops in Norwich and King's Lynn to craft words of hope about the world we wish to live in. Following an exercise called, “What is climate justice?” (devised by Karen), participants spent time “free writing” in order to find their words and phrases to express active hope. They were then shown some techniques to craft these from discarded power and communications cables.
Karen has composed poem messages from these words, which she will post daily during the trail 17th August - 17th September in the "thoughts" section and on social media.

Some of the participants were from local environmental groups – CHAIN (Climate Hope Action in Norfolk), Transition Norwich and KLimate Concern (King's Lynn), who campaign on environmental issues and promote low impact lifestyles. These groups have supported the project.

The World Eggs are made from clay collected from the Norfolk coast. Karen had used this to make a World Egg in a previous sculpture, “Ground of my Beseeching” - “world eggs” appear in many creation myths. The intention was that these would be made by young people in a workshop with ceramic artist, Georgina Warne, however this was not possible. These eggs have been made mostly by Georgina.