Karen Melvin uses photography, drawing, text and paint to construct images that examine our relationship to the natural world. The work challenges our perception of the idyll of nature, bringing up issues around sustenance, consumer culture and a disposable earth, the hidden violence of a polluted world. 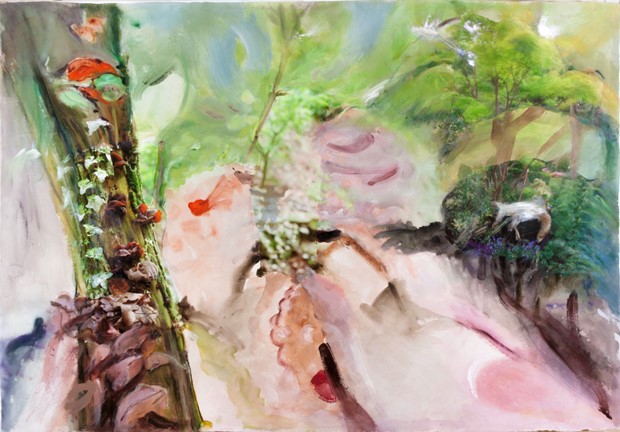 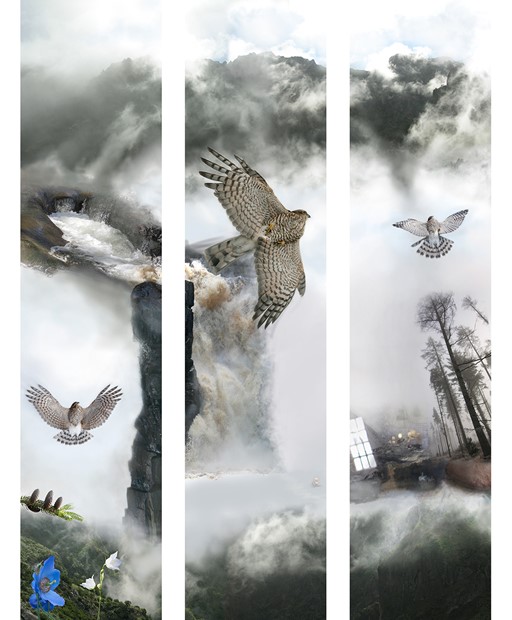 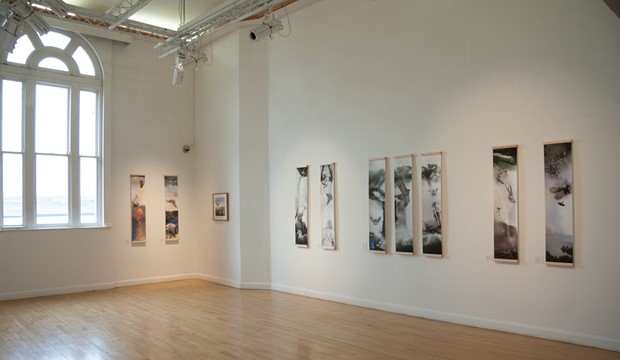 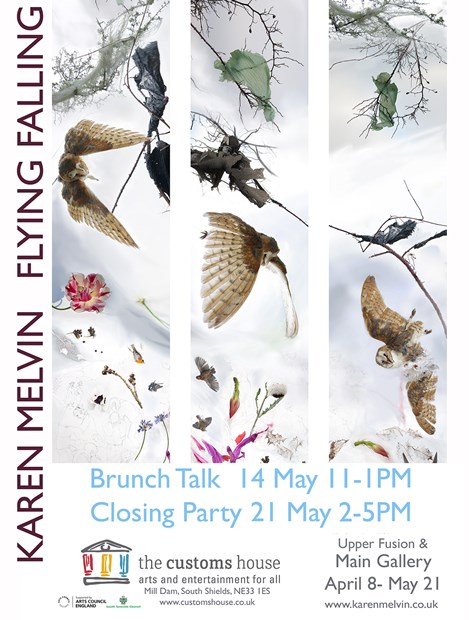 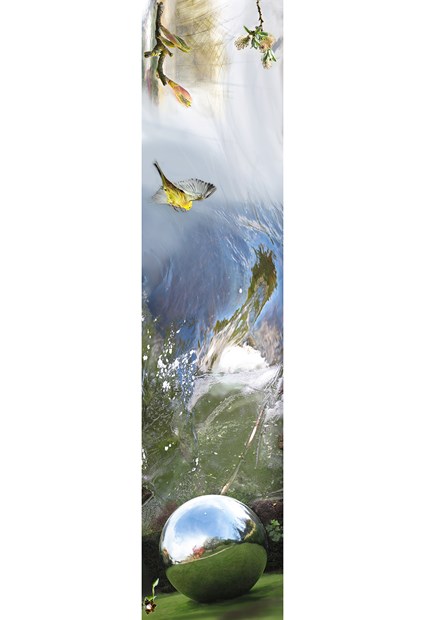 Karen Melvin uses photography, drawing, text and paint to construct images that examine our relationship to the natural world. The work challenges our perception of the idyll of nature, bringing up issues around sustenance, consumer culture and a disposable earth, the hidden violence of a polluted world.

“I begin my visual practice walking in the landscape and tending my garden: daily with a sense of time trailing. I learn from an intimate exploration, watching, handling. This forms part of my relationship with the environment, how we use and consume it. I construct imagery that builds a narrative of associations: trees, birds, flowers, people, stones, rock face.  Gestural marks collide with collected photographic fragments, the body colliding with nature. I like working collaboratively, to be challenged by the presence of another’s idea, opening new vistas of perception. This has led to working with installation, performance, paint and photography mixed in different combinations.” K Melvin

Breath of my Garden looks at the garden as an area of control, balance and meditation. It consists of large hanging canvases with photography and painting on one side by Melvin and drawing on the other by Sacher, as a resonse, the outer calling up the inner.

Flying Falling reflects on the loss of species and habitats. Dead birds, little scraps of nature and found debris are merged with drawings from sketchbooks and found images. Finding and tracking the small insignificant deaths of birds in a garden, domestic “memento mori”, mirrors the complexity of environmental change and catastrophe. Space in a picture tells a story in different ways. Melvin reimagines this space, literally deconstructing, separating onto white paper, isolating details from their context. She uses space with no single perspective point, to allow free flowing associations between multiple view points and media genres. The long scroll format of Flying Falling gathers memories from a continuum, images of flight, journey and death.

I studied Fine Art at the University of Newcastle upon Tyne (BA Hons), lectured in photography at Newcastle Polytechnic and most recently at Cleveland College of Art and Design for fifteen years, was three times adviser on photography for Northern Arts and was a founding member and arts adviser for the environmental project, Ladycross Nature and Art. I was photographer in residence for the Middlesbrough 2000 Millennium Festival working with community groups, using environmental and dramatised portraiture. I received a Northern Arts award and an A4E Lottery grant in 1996 for the project Fairy Tale, Myth and the Landscape, resulting in exhibition and performance, The Seal Woman, and a Visual Arts 1996 grant for The Four Winds Stone Circle, a collaborative environmental art project. With "Frocks in the Cupboard; Life is a Series of...." I created a series of portraits and stories of women in clothing with a transformative significance.

I have returned to woodland, the garden, and the northern (and contrastingly the deep southern US) landscape as subject and background in various guises from my early documentation of hill farmers to the representation of ancient woodland and how it relates to the psychology and setting of fairy tales and mythology. "Rapunzel" looked at ecological struggles and conflicts of protection and freedom. I photographed four friends in ancient woodlands along with woodland floral carpets and trees, installing the images in a flow across the wall in a non-linear way. "Constellation " represents the night sky in a still life setting resonating with mythology and domestic narrative. In "Down South" and "Sisters" I look at my family roots in the USA and my relationship with my sister and how the sub tropical environment affects my understanding. "Paper Dolls" incorporates portraiture and self-portraiture in a still life setting. Paper dolls were part of my childhood play of fantasy and social exploration. The use of scale and juxtaposition of figures and objects creates an imaginary space, a collision of different realms, throwing light on dynamics between parent and child, male and female, youth and age.

2021 - What to Do with a Love Story, Let Us Eat Cake, Pineapple Black, Middlesbrough

2017 - Karen Melvin and Jane Vetch at Kilgallon Gallery in the Hills, Northumberland

2008 - Shakespeare and the Natural World, Theatre by the Lake, Keswick

2005 - The Unlimited Dream Company or An Atlas of Imaginary Places, The Biscuit Factory, Newcastle upon Tyne

2002 - On the Edge, The Moot Hall, Hexham, Northumberland

1996 - The Dawn of the Millennium, Tynedale Open, Hexham, Northumberland