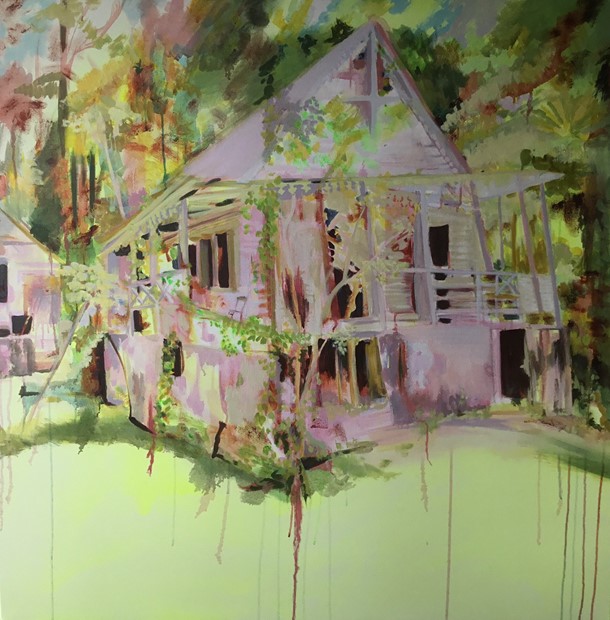 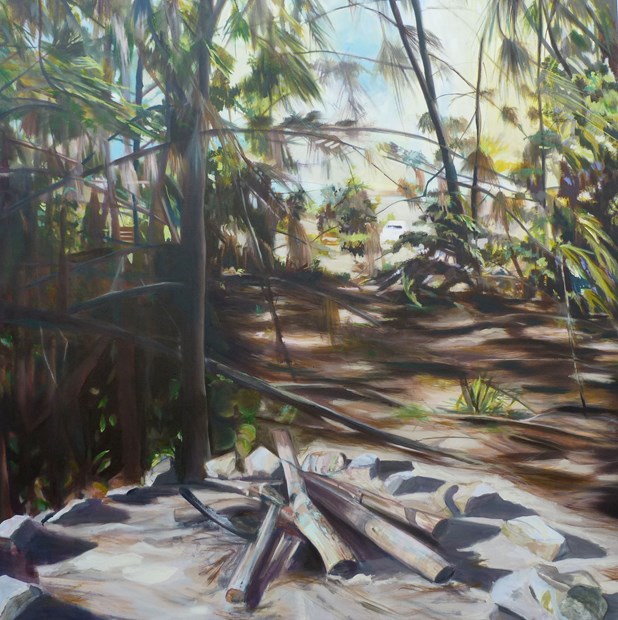 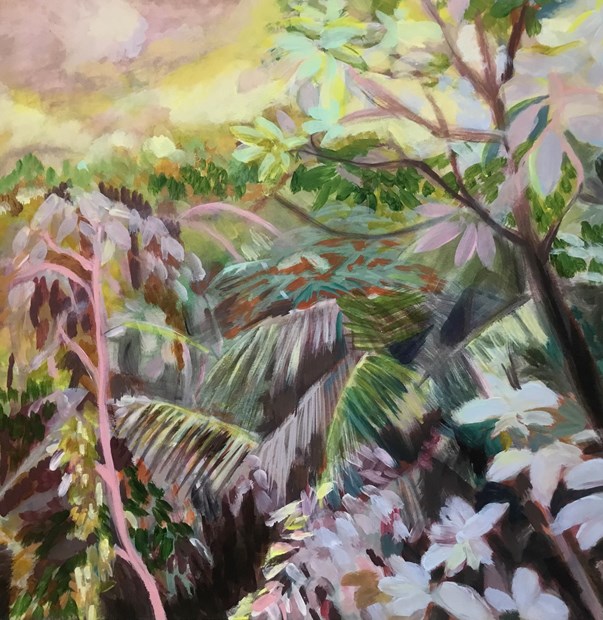 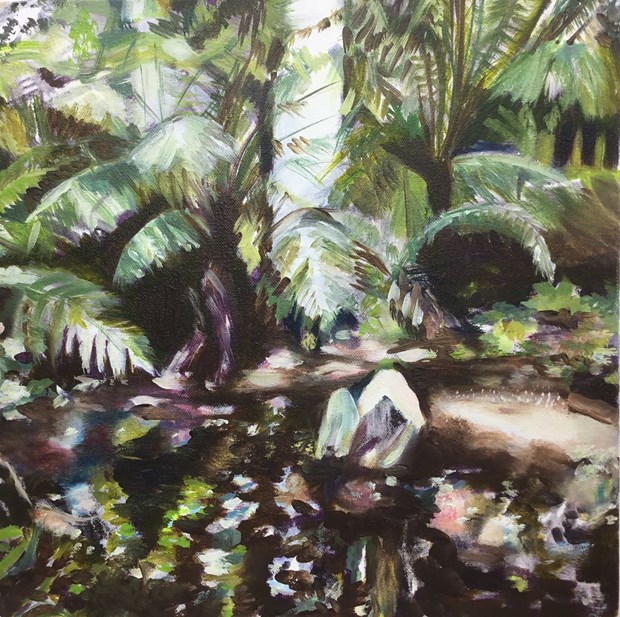 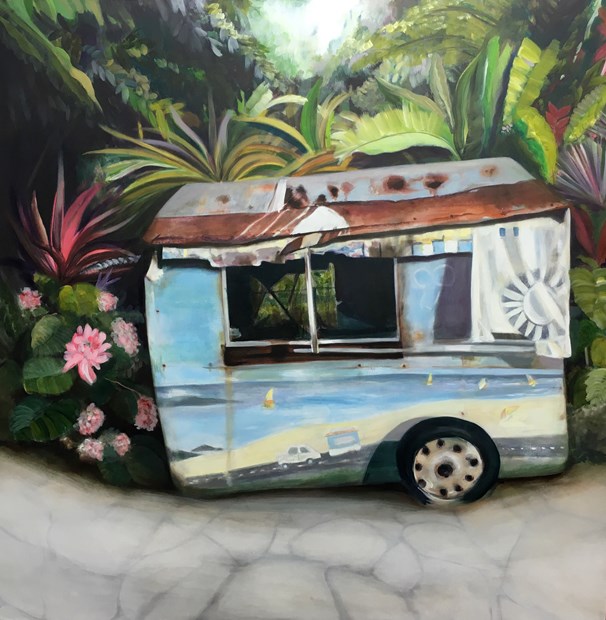 “If a certain childhood experience asserts itself in the memory, this is not because it is golden but because it has lain beside gold”

Curiosity is a basic human impulse; the urge to reveal or discover, to test and exceed present limits of knowledge or experience. It is essential for enquiry, travel and exploration, and also for artistic work. But curiosity can have a dark side; a desire to uncover secrets and to pry into matters that may not concern us.

If I turn my world upside down what will happen to my equilibrium? What insights will I find? Is it a world of seduction, joy and colour; or darkness, disorientation and shadows?

Using the importance of an experience in the landscape as a motive and also my subject matter, I am attempting to grasp a line of enquiry into the notion of “Screen Memory” a term used by Sigmund Freud to describe a process that involves a recollection of early childhood that may be falsely recalled or magnified in importance, One that perhaps masks another memory of deep emotional significance.

For this body of work I have focused my attention on the structured landscapes of Forests and pools for both the painterly and symbolic possibilities.

As a direct experience of nature and memory slowly disappears from our lives, we begin to view it in different ways, and as life becomes more complex and artificial, the longing for a return to a natural simplicity grows

By practicing patience and trusting the process of painting to reveal itself through the layered marks and the subtle build up of pigment, I hope to make discoveries not only about myself, but the world as I see it. Working with the fluid nature of memory and perception, leaving gaps and spaces within the paintings will allow room for certain discoveries to be made. Hopefully for truth and beauty to reveal itself.