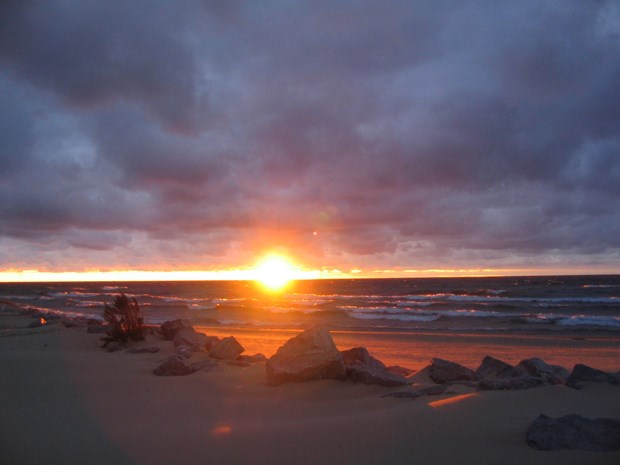 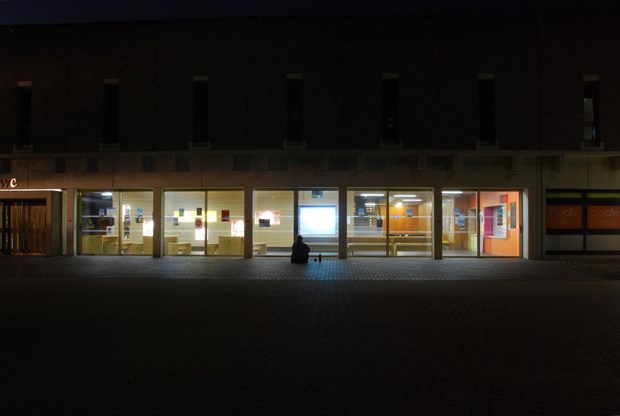 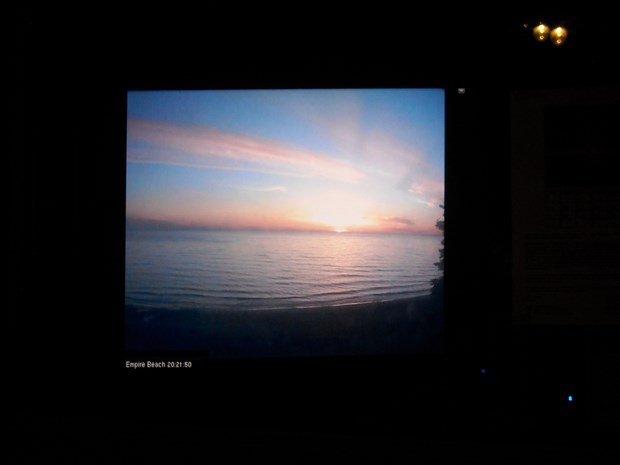 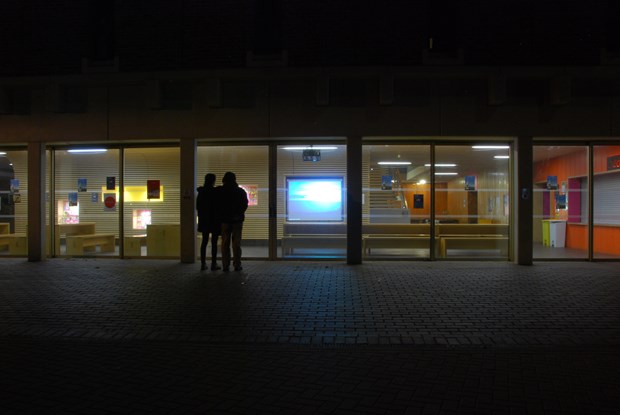 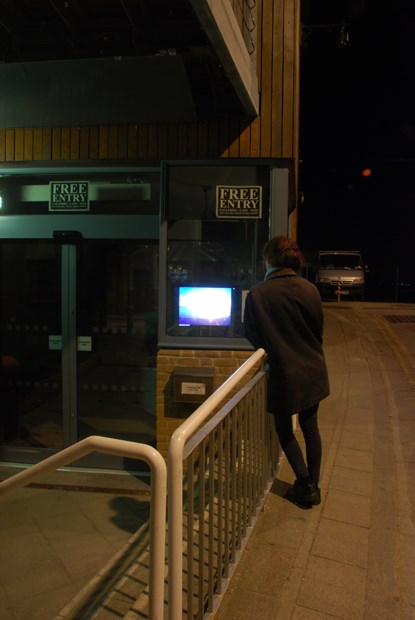 The screen shows sunsets in real time from the village of Empire, USA every day for the duration of the Whitstable Biennale and throughout the month of June in East Kent in the UK.

Nearly 4000 miles and five time zones, different cultures and histories separate England from Empire. Throughout the festival, sunsets, technology and art will connect the two. The village of Empire is set within the 71,000 acre Sleeping Bear Dunes National Lakeshore, one of more than 380 parks in the National Park System in the United States. The park is located on the shores of Lake Michigan on the northwestern side of the state of Michigan’s Lower Peninsula. This year the park was designated as wilderness providing permanent protection by Federal law.

East Kent, in the southeast corner of England, in Britain, is an area described by artist J.W.M. Turner as having skies that “...are the loveliest in all Europe...” and are still enjoyed by people living there.

The five-hour time difference means that each sunset over Lake Michigan will come on the screen in England in the early hours of the morning. The view from Empire appears and disappears until the end of the exhibition when the last sun sets and the screen fades to black.

‘Empire Sunset’ serves as a reflection on our times where change is constant, certainty is transient, empires rise and fall whilst nature remains compelling, fragile, yet enduring.