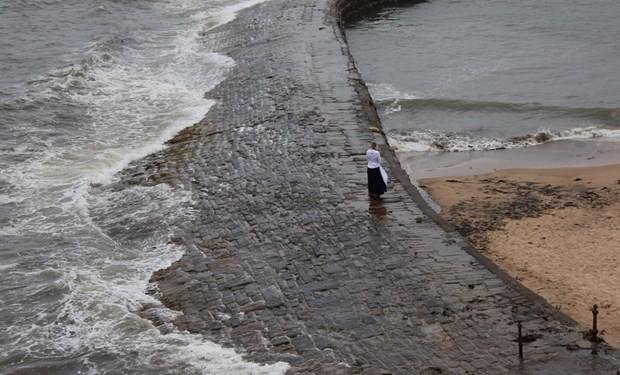 The ‘Patient Sitter’ is an on-going series which captures the passage of time, changing conditions and light that happens during the painting or photographing of a scene.
This new work in the ‘Patient Sitter Series’ for the Waterside 1-0 commission, is inspired by work produced by the American artist Winslow Homer. In 1881 he took a trip to a small fishing village called Cullercoats, near Newcastle and stayed nearly two years, producing over 150 works. It is said his painting was transformed by the experience. His work shows the natural elements but also his captivation by the local women and their harsh lives.