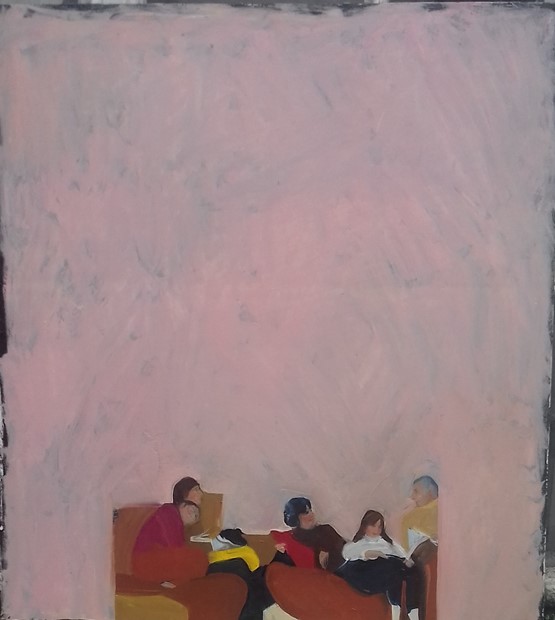 I always begin with a large amount of images so that the results come from looking at them in groups. Paintings of the last few years began with my own photographs taken quickly in sequence while walking, recently I have been working with an archive of my Fathers photography from the last six decades and also an invented archive made from collage.