Whilst in discussion with Orr he revealed that he believed he made his best work at high school when he ate an apple from the still-life table in art class. 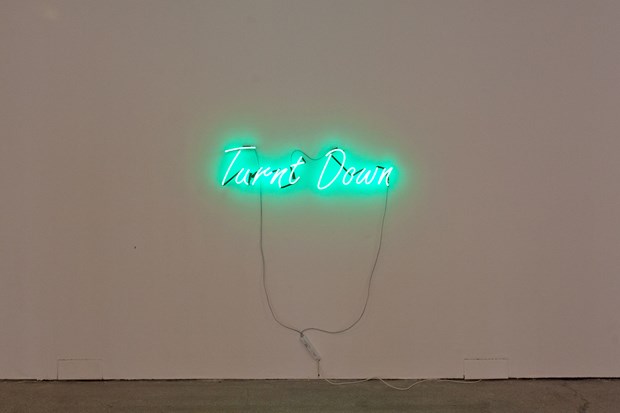 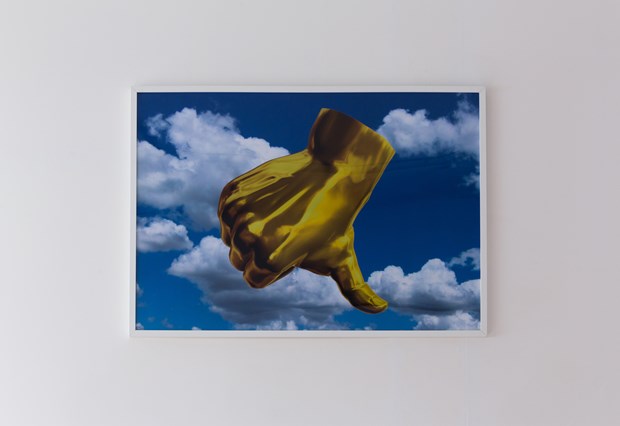 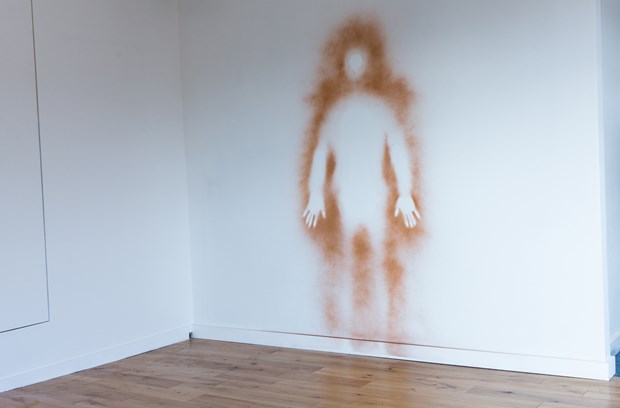 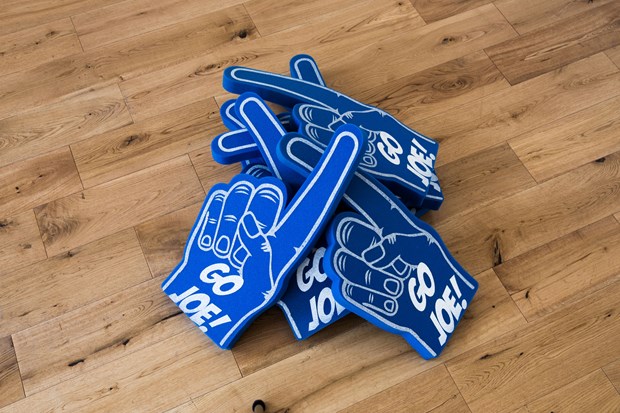 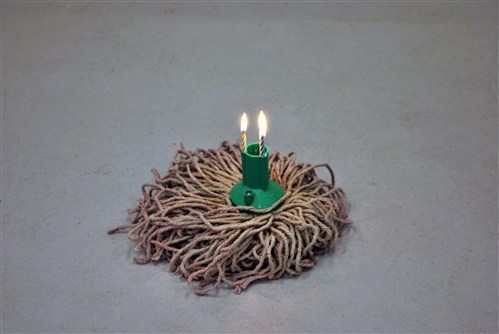 Whilst in discussion with Orr he revealed that he believed he made his best work at high school when he ate an apple from the still-life table in art class.

I am recounting this because I believe it is telling of the artist's approach to making art, or rather his approach to being an artist.

If we view this story as a performance realised in hindsight, one could say that Orr disrupted an institutionalised conception of art through intervention. This reading of the event is a perfect analogy for his creative practice.

For his first solo exhibition (Under The Thumb, The International 3, 2014) Orr produced a series of sculptures, installations and performances that used humour as a means to undermine the authority of the art object. Material included a prank turd, personalised giant foam hands and the artist's silhouette spray tanned on to the wall - an ephemera of art commodities that poked fun at the seriousness of the contemporary art world and the expectations of the private view going public.

Approaching his role as artist with a degree of self-reflexivity, Orr used the exhibition as a platform to explore the overlapping roles of comedian and artist. He played the role of 'class clown' in order to undermine formalities associated with art; thereby challenging its very definition.

This inquiry into the role of the artist is further evidenced in Orr's curatorial practice. After founding Cactus (his own art gallery located at the Royal Standard in Liverpool), he was invited to curate a number of group exhibitions. Most notable are END, an exhibition in a scale replica of his own gallery in the gallery space at Toast, and I Dunno Shit at Rogue Project Space, for which he invited a group of artists to create objects for the exhibition opening party.

Orr approaches curation as a creative act in itself. In treating it with humour and with such a sense of levity, he reveals just how overly academicised the role of 'artist-curator' has become.

In his most recent work (The Game) this blurred distinction between his practice as an artist and as a curator becomes Orr's main point of concern. Invited by Adam Carr to exhibit in the international group show SMALL Rome (Frutta, Rome, 2015), Orr in turn invited all of the participating artists to sign a football.

Here, Orr equates contemporary artwork to a signature. He presents us with the 'works' of other artists selected by another curator, thereby negating his role as either. It is a work that functions as both self contained artwork and meta-exhibition. It thus serves as a perfect metaphor for his creative practice.

Under the thumb, The International 3, Manchester

I would like to join a club and hit myself with it, Castlefield Gallery, Manchester

This space we are, The international 3, Manchester

I do nothing but think of you, Oriel Sycharth Gallery, Wrexham

*30 KILOS OF COCAINE USED TO DRAW THE LINES OF A FOOTBALL FIELD, 20|22 NQ, Manchester

The City is a School, Liverpool Biennial 2014