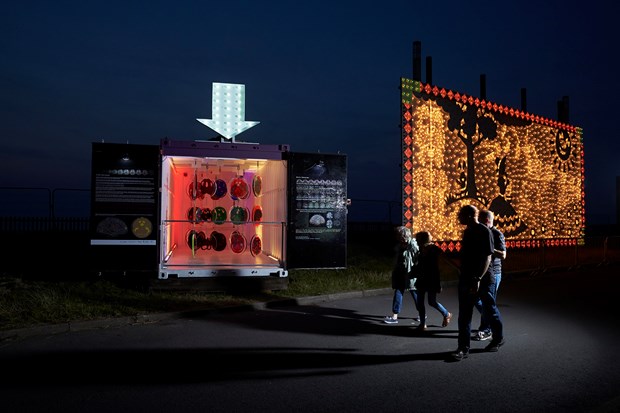 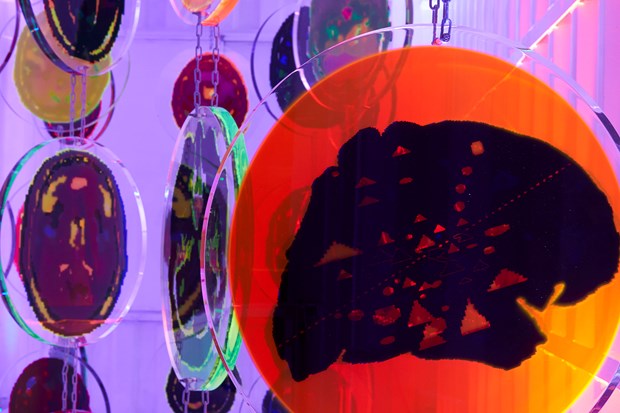 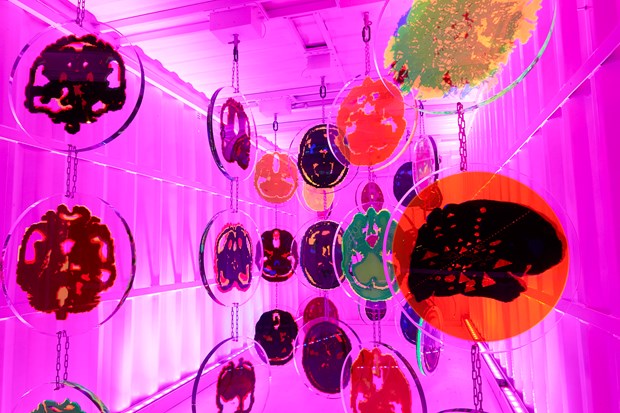 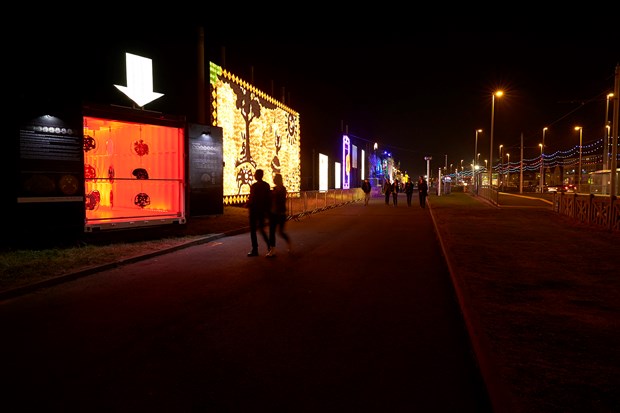 A new art installation the “Brain Container” at North Shore, on the cliffs, opposite the former Miners Home

A new intellectual art exhibit which studies the power of the human brain is set to open on Blackpool Promenade.

Designed by artist Jo Berry, the piece is made up of a series of thirty-six cast acrylic discs that are hung, lit and rotated.

The discs, which feature images of the human brain, are made up of a series of laser cut coloured Perspex panels that have been glued together and then cast in clear acrylic from this series of design drawings.

The artwork has been lit and installed by Blackpool Council’s Illuminations team and forms an exciting new part of this year’s display.


Cllr Christine Wright, Blackpool Council’s cabinet member for culture and heritage, said: “The Brain Container is another fine addition to our Illuminations display.

It continues our efforts to try to make the Illuminations display more interactive by getting people out of their cars and onto the Promenade to explore interactive displays.

I look forward to visiting it myself and I thank Jo Berry for coming up with such an exciting and challenging concept.”

Originally from Lancashire, Jo used to visit Blackpool Illuminations as a child and is a lifelong fan.


For the past fifteen years she has been producing artwork that uses light, digital drawings and animations.

In 2012 for the Illuminations Centenary Celebrations she designed the Fluted Pylons sited near the Cenotaph and North Pier, which were inspired by the original Fluted Pylons of 1912 and the 1930s design drawings which are still held in the Blackpool Council archives.

She is currently the artist in residence at Lakeside, the University of Nottingham’s public arts centre where she is working collaboration with Dr Lena Palaniyappan a psychiatrist involved in the care of young people who experience psychosis for the first time.

He uses neuroimaging – pictures which show the brain’s function – to better understand this condition. Jo has produced a series of digital design drawings from a range of neuroimages from Dr Lena Palaniyappan research to create images for the art installation.

The display is set to music with composer, Angela Slater, having designed the accompanying sound in response to imagery she viewed in Jo’s studio.

A poem in response to the work has also been written by James Nunn-Menson, a young creative writer that Jo met through the Psychosis Research Advisory Group held at the Institute of Mental Health in Nottingham.

An important part of this project was working with the Arts for Health Groups in Blackpool and Nottingham. Jo has worked closely with Dr Palaniyappan, Psychiatrist, Institute of Mental health and Dr Victoria Tischler, Associate Professor in Behavioural Sciences Institute of Mental Health – University of Nottingham.

Jo explained: “The people I worked with were magnificent and very creative.
They produced a wide range of rich, beautiful and witty artwork, creative writing and light boxes.”

The project was Lottery funded through Arts Council England and supported by Blackpool Council, the University of Nottingham and the Institute of Mental Health.