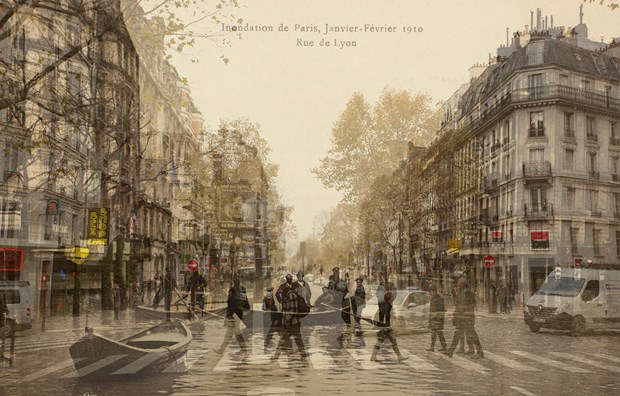 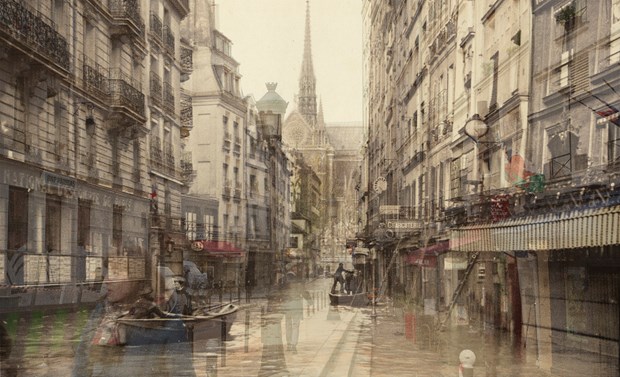 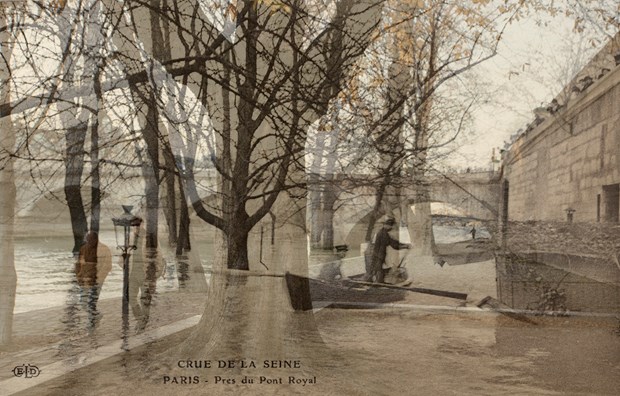 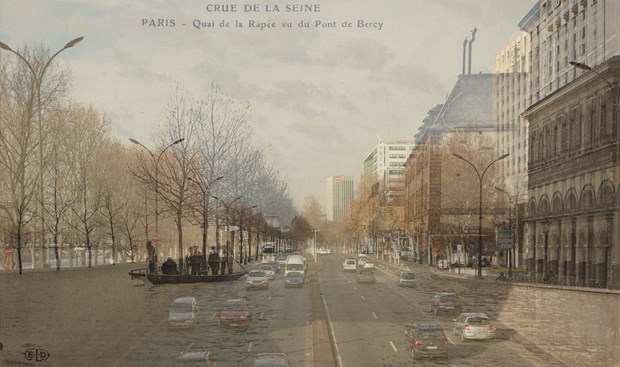 In response to the UN Climate Conference in Paris in December 2015, Joanna started working with old postcards of Paris from 1910, when the city was severely flooded. She began the first project, 'Back to the Future?', during her residency on the 23:57 Project at Fuse in Bradford. Joanna then went onto Paris where she worked on a second project, 'Time and Tide', whilst the Climate Conference was in progress.

In response to the question 'Back to the Future?', she also felt the need to put together 'The Jo Blogs Manifesto for the 21st Century'.

With the support of Arts Council England, the work has been exhibited at the 7th International Conference on Flood Management in September 2017 and at Dean Clough, Halifax from September 2017 to January 2018.