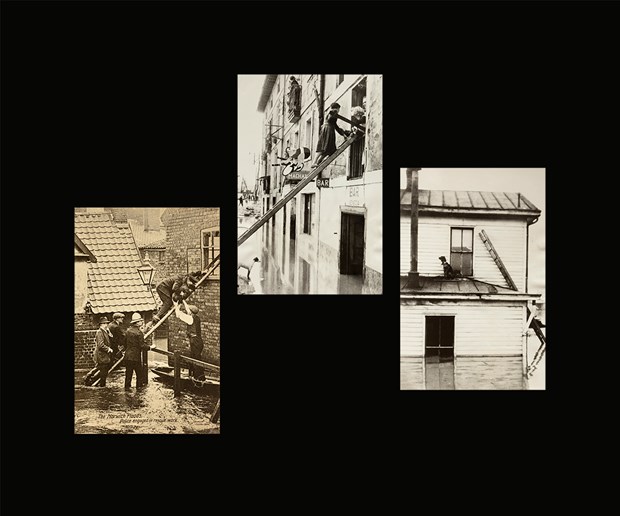 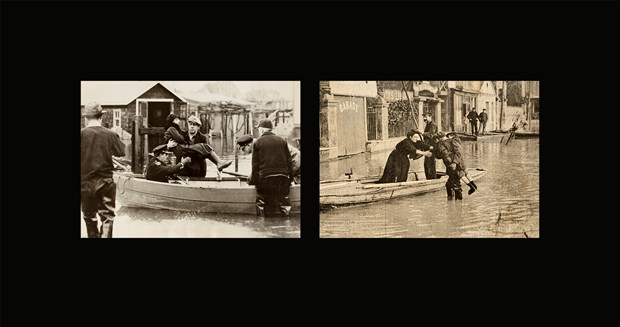 The ARKive project has given rise to a series photographic montages that highlight human vulnerability and resilience in the face of flooding. The project began with Joanna trawling through hundreds of postcards and photographs of flooded towns and cities across the world, from the early twentieth century onwards. As she looked she began to observe common responses and patterns across time and place.

A selection of montages were shown in the 'Whatever the Weather' Exhbition in RAMM, Exeter from November 2015 to April 2016. With the support of Arts Council Englad, the full set of 22 montages were exhibited at Dean Clough, Halifax from September 2017 to January 2018 alongside her Back to the Future? and Time and Tide projects.