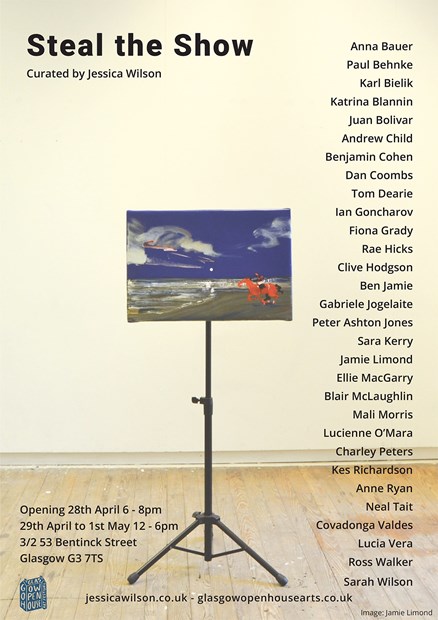 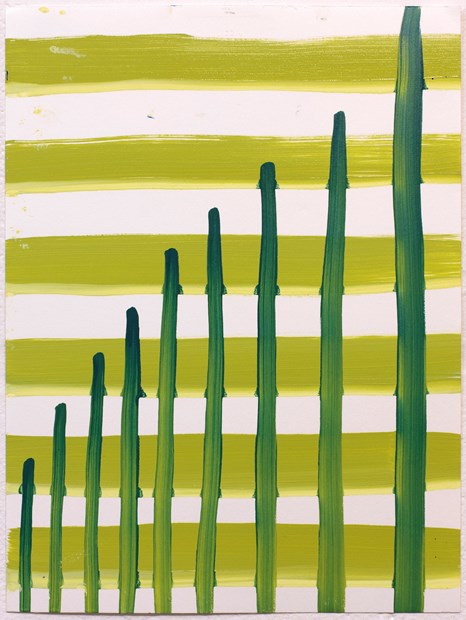 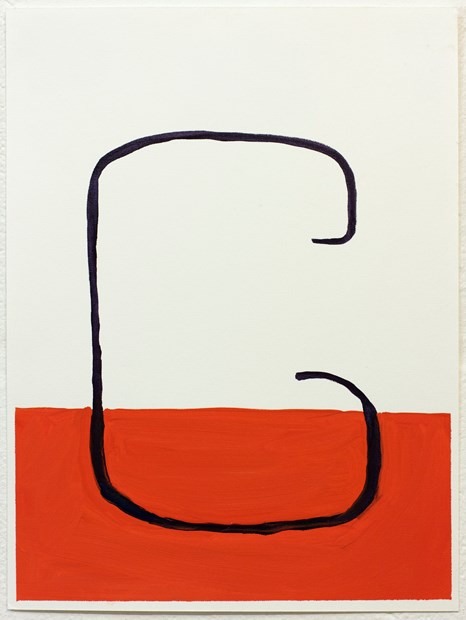 In the studio I begin by making a series of line drawings. These drawings are an essence of something half remembered, a moment caught, an approximation. The inspiration is visual and generated from the world around me: from the negative space between two objects or the texture of a fabric to patterns in weather and the movement of traffic. I constantly look back over the drawings, mentally dissecting, reworking and inventing. The original memory becoming ever more faded and blurred until the drawings take on a life of their own.

From these line drawings I begin to think about other formal aspects – colour, tone and surface. I start to paint in my head, playing out different scenarios, different moves. It feels like a game but I am unsure of the rules. When a particular arrangement grabs me I spring into action, eager to get paint on the surface before I forget my intentions. Some works are completed quickly – others take more time, needing a further period of looking, thinking and drawing. The paint often surprises me and the tactics need to be altered.

I work on many pieces at once and so my studio wall is always full of paintings. The works are constantly shifted around, being placed and reordered. I see this wall as an evolving story, a set of possibilities. My imagination bounces from one work to the next. The works are never viewed singularly; together they form an investigation into visual language and are an attempt at conversation.

Co-founder of The Juncture, an artist led initiative encouraging dialogue in a space between studio and gallery

Who spat in her bean curd? Stray Tinsel Brighton/Glasgow

Collective Memory (the past and future is ours)  Celine, Glasgow & Bushwick Open Studios, New York

Preamble The Juncture at Unit 3, London

An Undelivered Postcard from the Edge of the World Jotta, London

Even ‘abstract’ begins as an ideology - Art on a Postcard

“Creation is the rebellion” Interview with Jessica Wilson - The Aesthete Hunter