Pade's Star (for Else -Marie Pade) 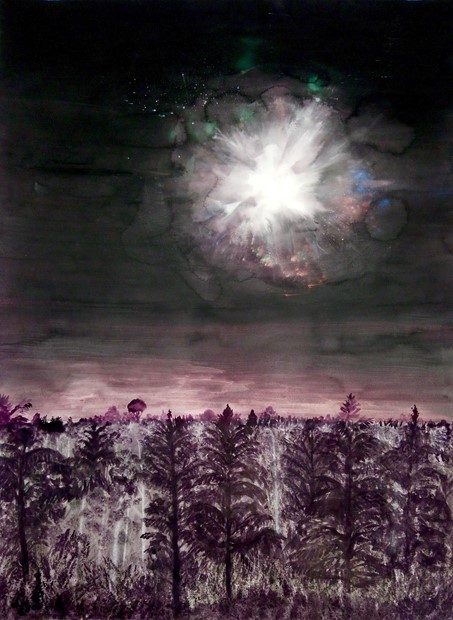 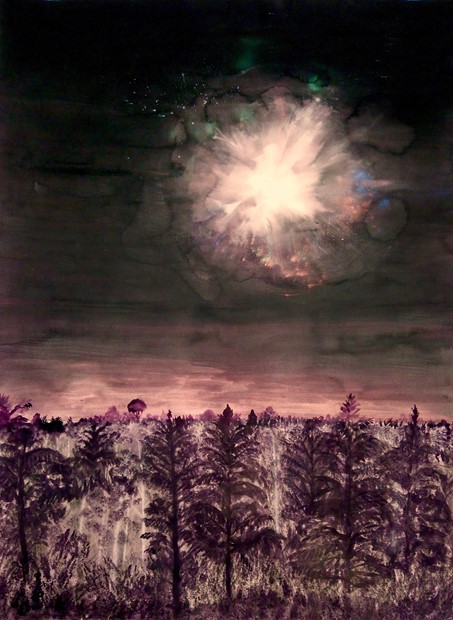 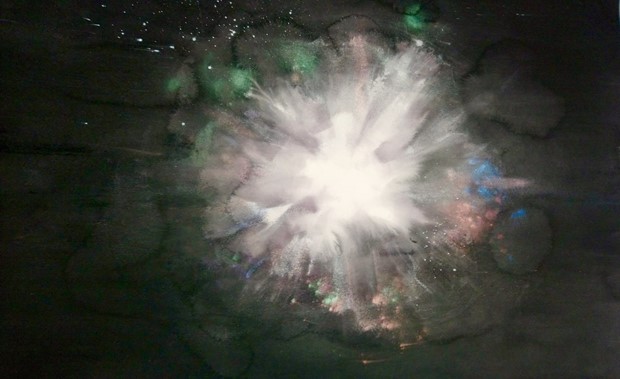 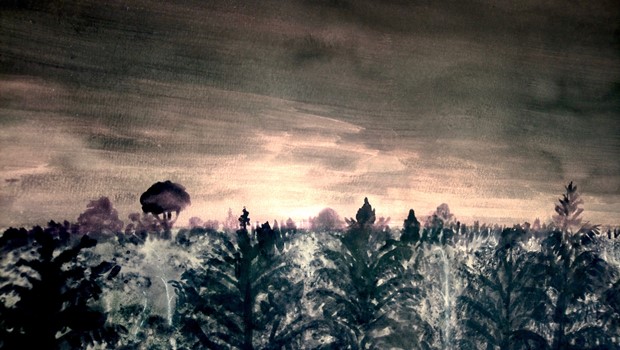 This painting is part of a series that followed a visit to the historic cells at Devonport Guildhall, and subsequent exhibition there. That set me thinking about the visions and hallucinations that are frequently experienced in states of confinement and sensory deprivation such as during imprisonment. This painting was made after listening to music composed by Else-marie Pade, a Danish modernist musician who was a POW in Norway during WW2. It is said that she had seen a stellar explosion from the window of her cell, and that led to one of her fist compositions being made. She apparently scratched the notation for this onto the wall of her room with a buckle. Although the painting is based on this story, it is obviously not literal, but visually derived from a view over trees that I witnessed on a visit to Estonia (during the night when the sun never quite set), and what came to mind on hearing her music. Materials were chalk, printing ink, oak gall ink and mica/pearl lustre on watercolour paper.