Jeannie works creates work that sit at the intersection of installation, sculpture, drawing and film. 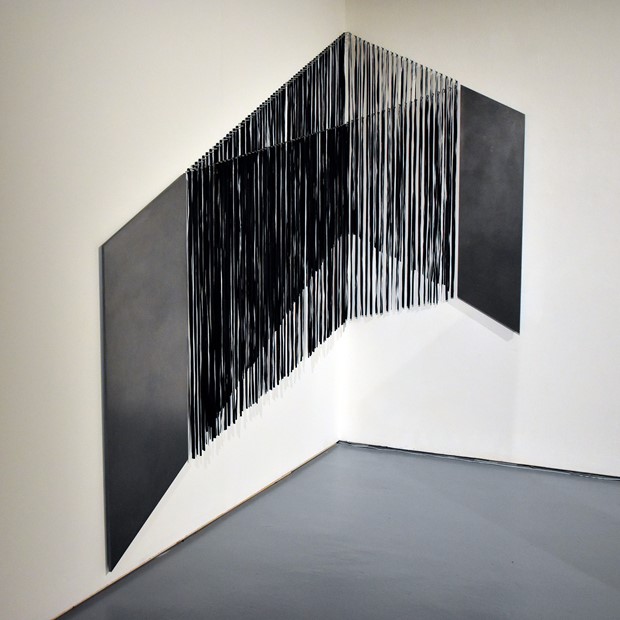 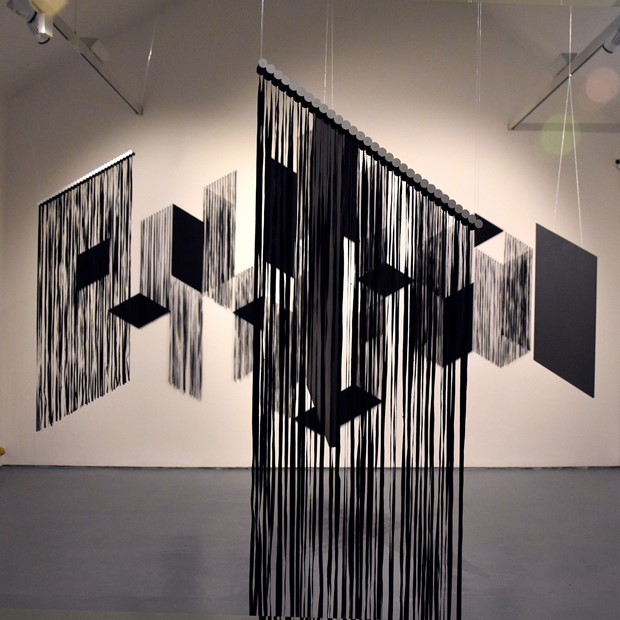 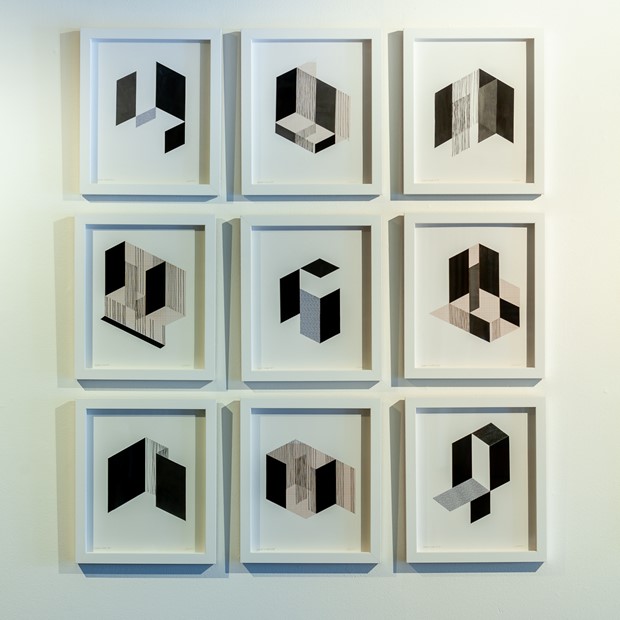 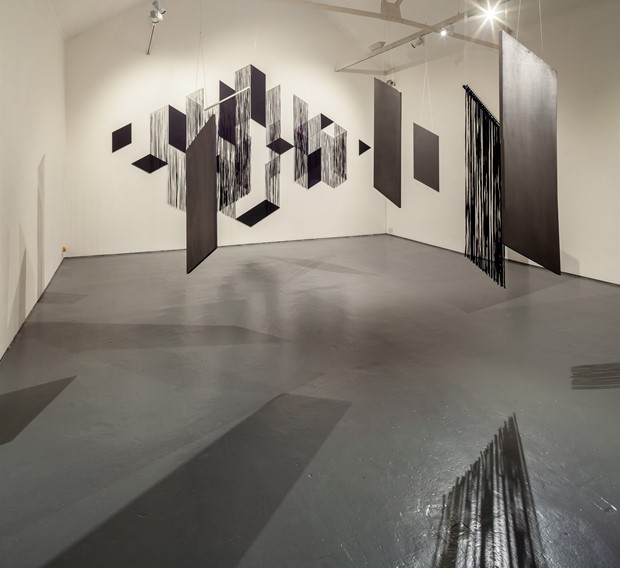 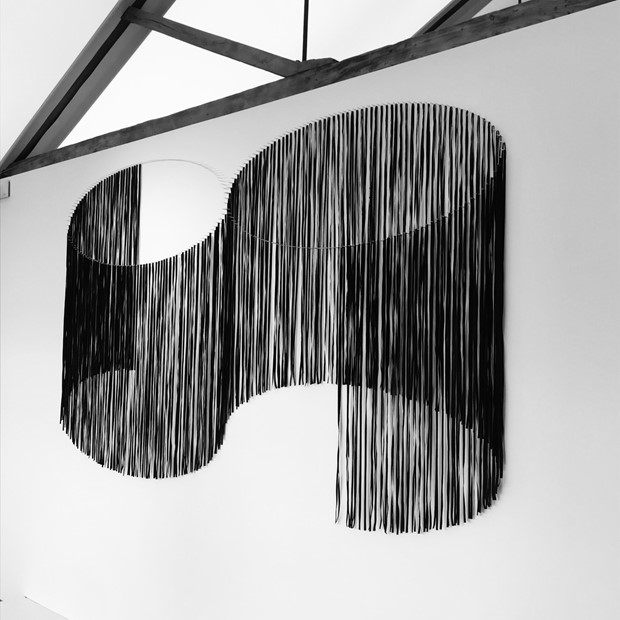 Jeannie works creates work that sit at the intersection of installation, sculpture, drawing and film.

Jeannie's current series of work, 'Lifting the Drawing off the Page' extends on ideas of perception and creates ambiguities and where vision becomes the subject. The perception of the drawing alters when viewing the work from multiple positions.

In this series of works, the gallery wall becomes the page, or 'support'.  Charcoaled lines (transformed waste paper), wooden forms and spikes create sculptural drawings that utilise one or two planes of the gallery space. Wood spikes are inserted into the gallery wall and form the spine of the drawing , the charcoaled paper strips are hung on selected spikes. These ‘lines’ initially appear uniform but on greater inspection variations and imperfections become evident, as the charcoal lumps can cling, or resist in areas. Each strip or ‘line’ falls uniquely from its anchor point.

This new approah has lead Jeannie to re-examine reductive drawings, systems and process, current developments specifcally focus on drawings by Josef Albers, and British Constructivist artists. (specifically works in the British Constructivism: The Catherine Petitgas Collection, exhibition at Pallent House gallery.)  This is combined with influences relating to transformation of material through works by David Nash and Anish Kapoor.

This series of work extends Jeannie's interest in the cyclical nature and re-appropriation of material, specifically paper > ash > charcoal, and a return to drawing with a new set of rules, systems, materials and measurements.

Jeannie has undertaken many residencies and award winning projects, receiving national attention. She has presented four solo shows since 2007 in London and the South of the UK and her works have been included in numerous group shows, most recently the Preparing the Site exhibition at Bank Gallery, Whitechapel. Jeannie's work has also been included in group shows at the Woolff Gallery, London.
Jeannie holds a MA with Distinction and a 1st class BA in Fine Art from University of Portsmouth.