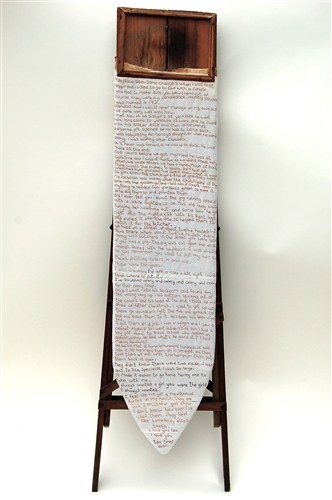 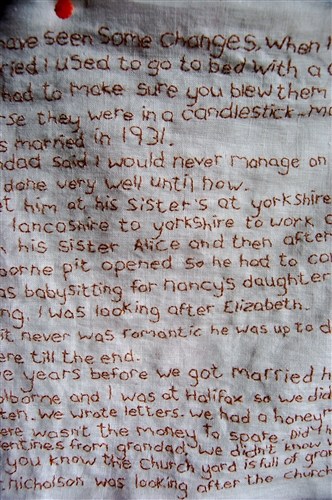 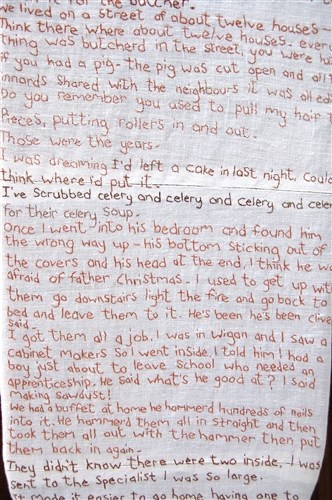 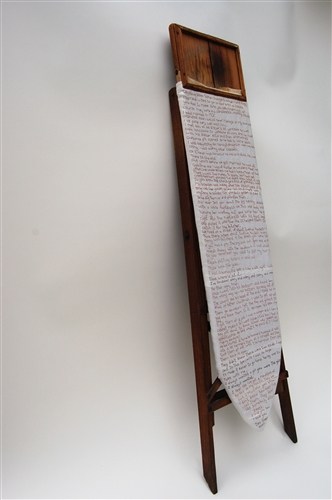 My grandmother died at 100 years old. For the last three months of her life she was incapacitated through cancer. She was pivotal in my upbringing and therefore was a hugely important person in my life, having more of the role of mother than grandmother. During her incapacitated days she was in hospital and eventually for a week or two in a hospice. During that time I wrote down all the stories and memories that came to her mind when I visited. Having a bad memory myself I began writing them down as she told them fearing I would forget entirely if I didn’t. Before she became so unwell she had planned to give me her old ironing board, which she’d had for over 70 years. I had planned to use it as an ironing board but after her death the two came together. It became a way of mourning, of coming to terms with her death. I sewed almost every day and almost a full year after her death it was complete. It strengthened a connection to her and gave me something more tangible to hold on to. It creates a resonance of her and keeps her voice alive.

I hope that the work speaks to people, perhaps helping to connect with relationships, memories and stories of their own families to prompt those feelings of strong bonds, gratitude and love.