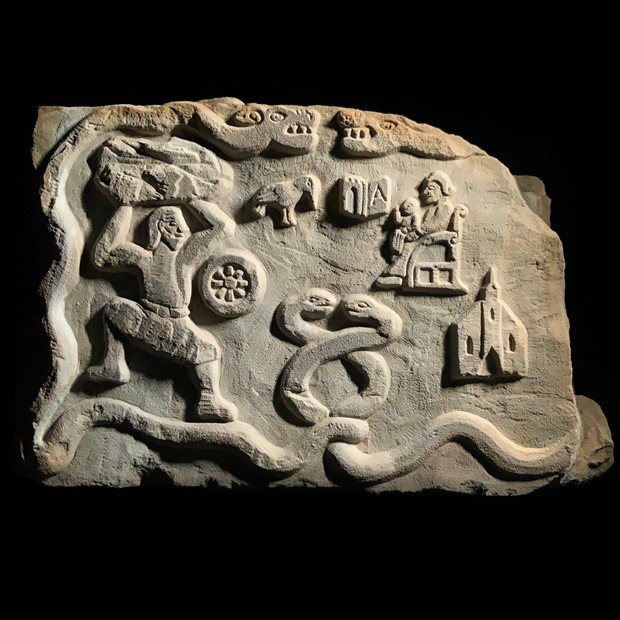 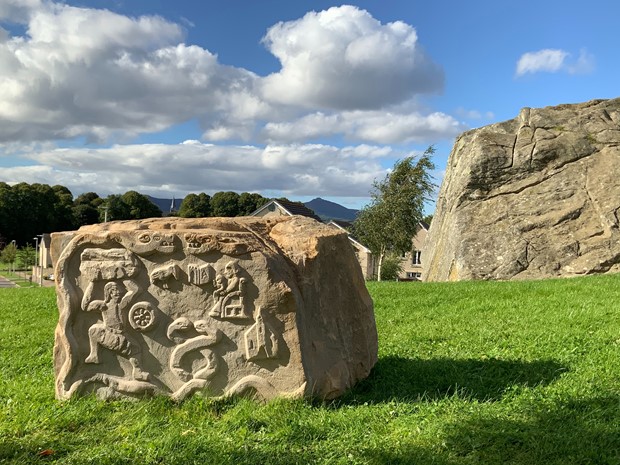 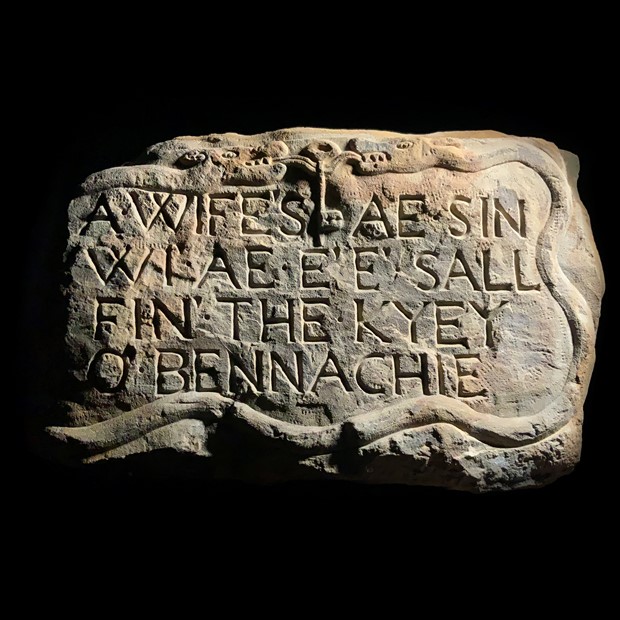 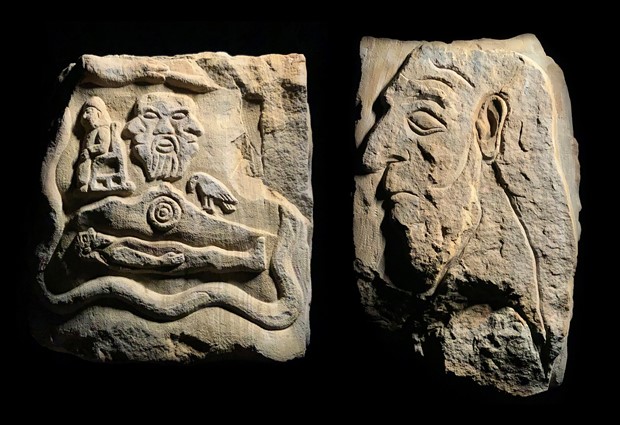 This rectangular stone is carved on four sides and can be found off Greystone Road, an area of high ground above Bogbeth in Kemnay, Aberdeenshire.

It is said that the giant Jock o' Bennachie once guarded the hills on the horizon north of Kemnay. The stone's south face shows Jock with a great boulder poised above his head. Jock's greatest rival was his neighbour Jock o' Noth, who lived on Tap o' Noth above Rhynie to the north-west.

Two dog-like beasts can be seen in confrontation towards the top of the carving, their serpentine forms framing the stone. Below, their bodies entwine as snakes taking the form of a caduceus, a symbol associated with the Greek messenger to the gods Hermes and his Roman equivalent Mercury. The caduceus was said to be able to wake the sleeping and send the awake to sleep.

The seated figure to the right appears to represent St Anne, mother of Mary, to whom the early kirk in Kemnay was dedicated. Jock was also said to have thrown a huge granite boulder at the kirk but it overshot and landed in a field above Bogbeth. Now known as the Greystone this gigantic erratic can be seen nearby.

The sleeping face of Jock o' Bennachie can be seen on the upper surface of the stone. It bears some resemblance to the 6th century carving of the Rhynie Man. Today it is said that Jock o' Bennachie sleeps beneath Bennachie. The north face of the stone carries part of a prophecy attributed to the 13th century seer Thomas the Rhymer. The text foretells that Jock will one day be freed when the key to the mountain is found by an only son with one eye:

The stone is one of the Kemnay Steens, nine carved stones placed along footpaths in and around the village with the aim of encouraging people to explore the rich history, folklore and natural identity of the surrounding landscape.

The stones reference local Pictish carvings and later medieval styles but they also have their own visual vocabulary; the more stones that are encountered, the more reoccurring symbols, characters and themes are noticed. Each stone tells its own story but there is also a deeper narrative hidden in the carvings, waiting to be unpicked.

The designs for the artworks are the result of six months of research and engagement activity which included community events, talks and stone carving workshops.

The project began in July 2019 and was led by The Kemnay Public Art Group a sub-group of Greener Kemnay; a group of local residents who support the reduction of the carbon footprint of the village. The group was asked by Aberdeenshire Council to manage a public art project using the balance remaining in the Percent for Art Fund, accumulated from previous housing developments. Additional funding was then secured from The National Lottery Community Fund.