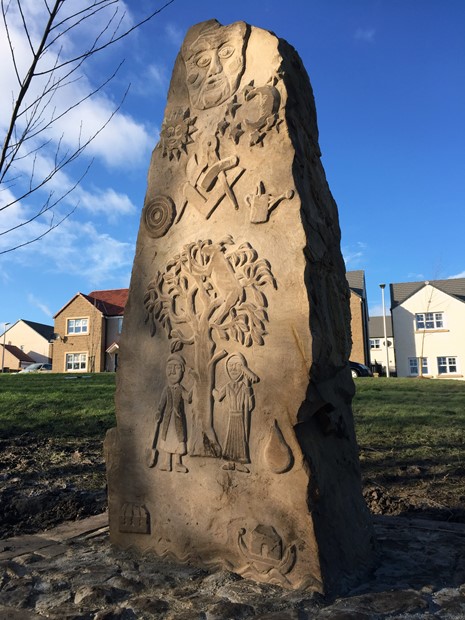 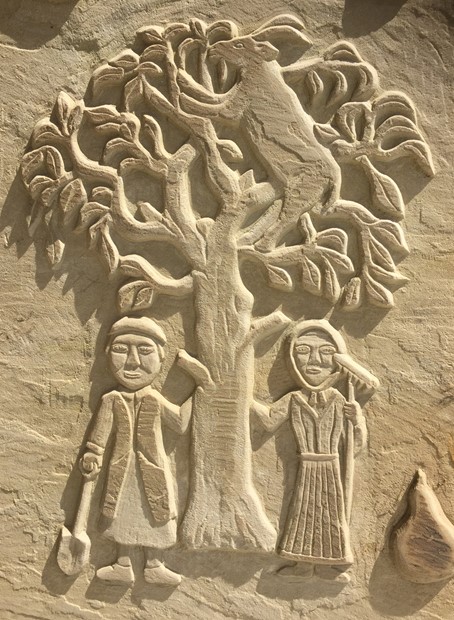 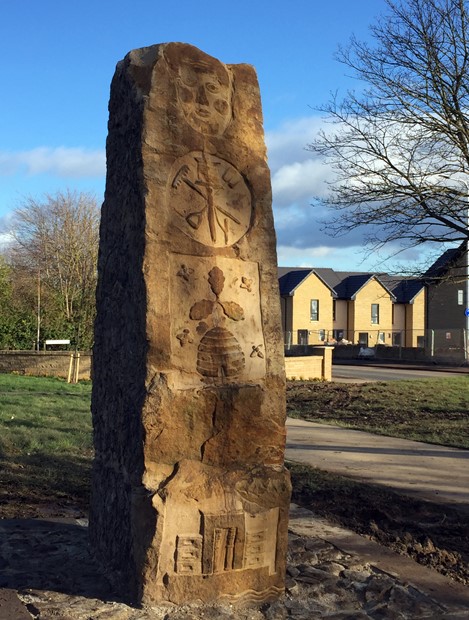 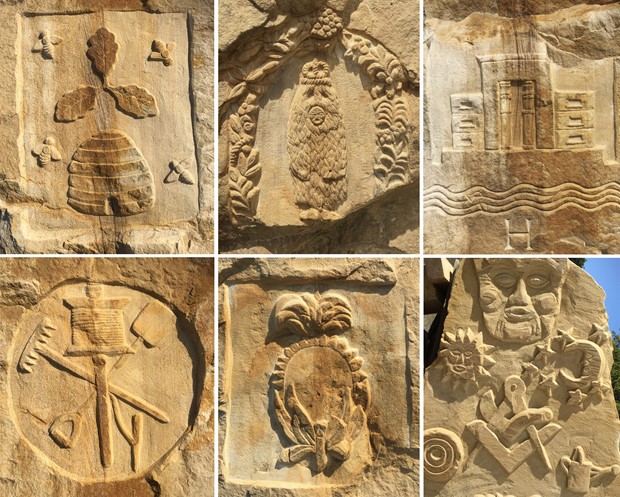 The stone's carvings draw on the rich symbolism of the Free Gardeners, a fraternal society founded in Haddington in 1676 which grew to have lodges all over the country and over 10,000 members in the Lothians alone. The 8ft sandstone block was carved as part of a public art commission supported by Persimmon Homes through East Lothian Council’s Percent for Art scheme.

“I became fascinated with the story of the Free Gardeners, their rich symbolism, regalia and the artefacts they left behind. I wondered how a public artwork might make a tangible connection to these ideas while referencing other links to local history and folklore.”

The Ancient Order of Free Gardeners, as they became known, bought a tenement in Haddington as their base which became the Gardeners Arms. They functioned like an early trade union or mutual aid society with support for the poor while also holding floral exhibitions, tree planting ceremonies and colourful parades.

The carvings on the stone include several Free Gardener symbols such as the compass, set square and pruning knife alongside depictions of the tree of life, 'Jock in the Green' and the four rivers of the Garden of Eden. Haddington's goat can be seen climbing the tree of knowledge. The former Mitsubishi factory which stood on the site is referenced in the form of a beehive with three oak leaves as a nod to the origins of the Mitsubishi crest.

The north face of the stone is covered in plant fossils from over 300 million years ago including Lepidodendron and Calamites - two of the oldest group living vascular plants. Within the fossils are three carvings representing these massive tree-like forms which grew to 30-50 metres and were the most important contributors to the great coal beds that fuelled the Industrial Revolution.