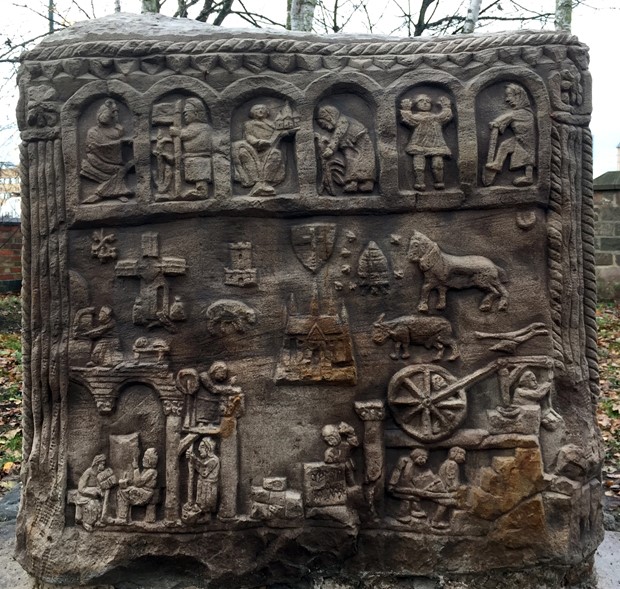 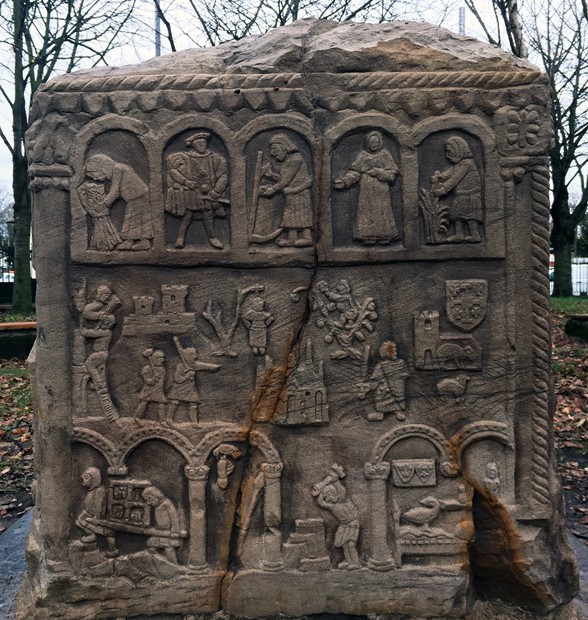 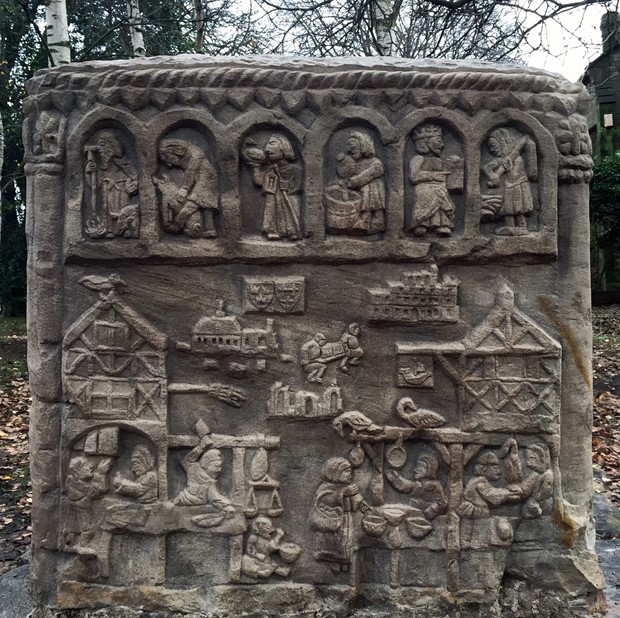 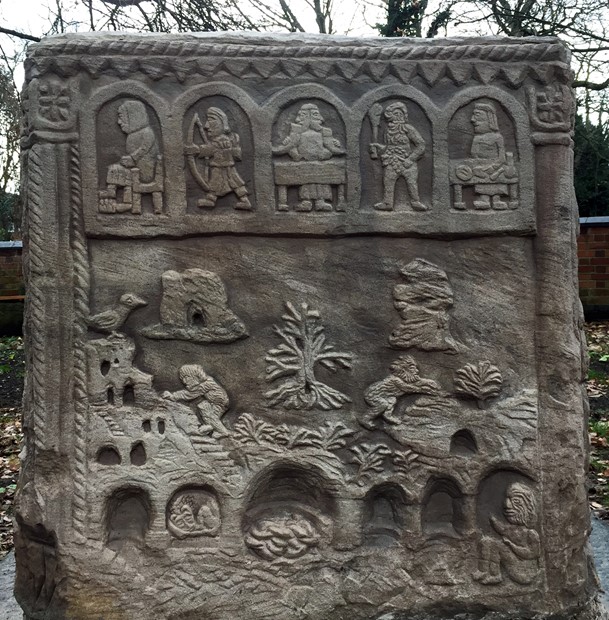 A large cube of stone with four intricately carved panels stands in a small park at the site of the former Lenton Priory, a colossal 12th century abbey which stood in Nottingham until its destruction in 1538. Scant evidence remains of the Priory and its richly carved interiors today.

The stone appears as a medieval artefact, the four faces functioning as chapters in the story of the site in which it stands. A series of arches above each panel depict the agricultural labours of the four seasons, interspersed with key figures who shaped the events unfolding below.

The panel to the north (winter) shows a scene before the Priory. This is a land of caves, ancient trees and the wodewose, the wild man of the forest. In the east (spring) the Priory's construction is shown alongside the day-to-day life of the monks and labourers; a utopian vision of bakers, beehives and agricultural beasts. In the south (summer), the scene is one of conflict, death and destruction following the 1538 dissolution of the monasteries under Henry VIII; the last abbot is executed, the stones are being broken up. In the west (autumn) the Martinmas Fair, the largest medieval fair in the East Midlands is in full swing; the Priory appears as a ruin in the background.

The stone's size and the style of the carvings draw on the 12th century Norman baptismal font from the Priory, one of the last tangible links to the site, which can be seen half a mile away in Holy Trinity Church, Lenton.