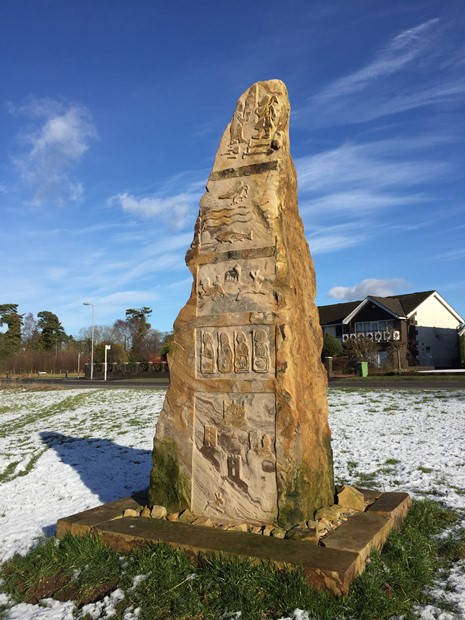 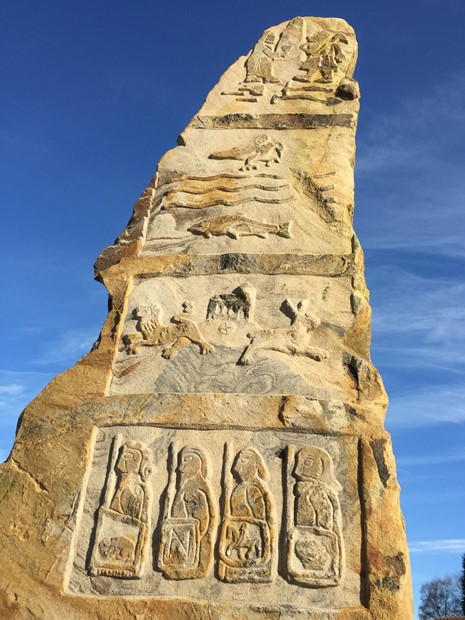 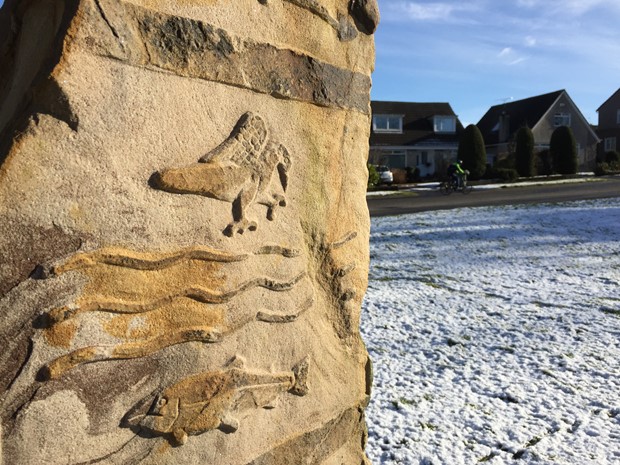 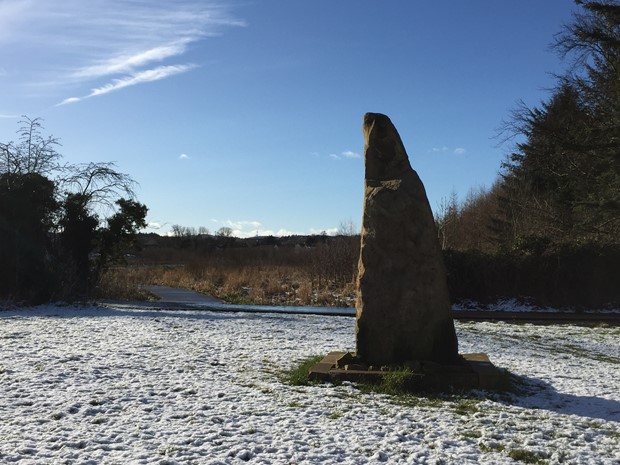 The Capelrig Stones is a public art project by artist James Winnett consisting of five large carved stones installed along the Capelrig Way in Newton Mearns. Each of the stones is carved with imagery and text that draws on the rich history of carving and raising stones in East Renfrewshire.

A thousand years ago the surrounding landscape was populated with numerous carved stones and crosses. Most have since been lost in the mists of time or moved for their own protection. However, others linger on, echoed in place names and local legends. The Capelrig Stones provide a material link to some of these stories whilst tapping into the mysteries that surround them.

The largest stone takes the form of a standing stone, carved with a series of narrative panels that reference a thousand-year-old stone cross which once stood nearby. The carvings also refer to a local legend of silver being buried between three local stones. A text associated with the legend appears carved across three of the stones along the route:

The upper surface of each of the three stones carries motifs and text referencing local landmarks, old place names and historical events. They are orientated in the landscape and can be used to explore the relationships between these sites and the overlap between historical fact and fiction.