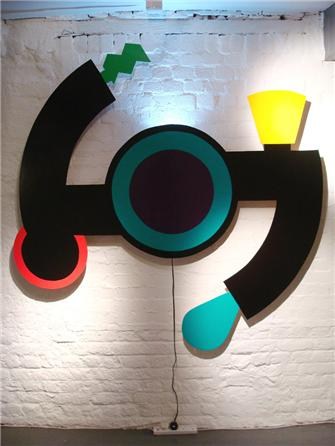 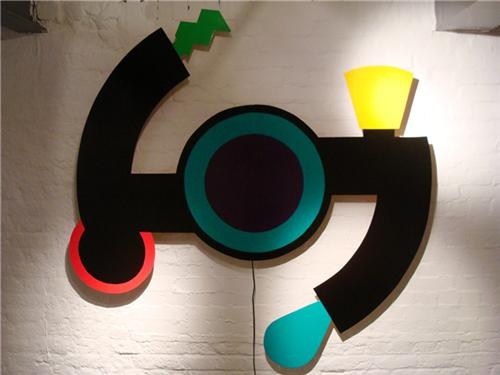 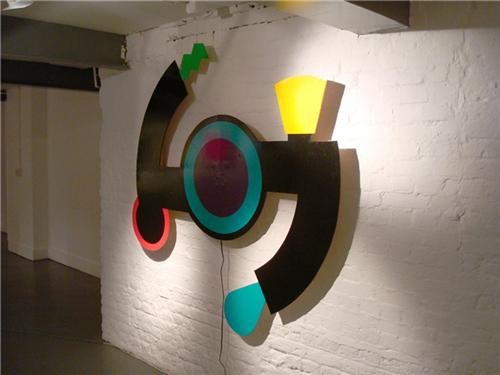 Visually, Hypnobopit is a hugely scaled up, simplified version of the Bop It Extreme audio toy. By following a series of commands issued by the toy through speakers, the original game tests a player's mental skill by inducing them to follow directions at a faster and faster pace. The toy is of particular interest to Ford as it reverts computer gaming processes back into those that resemble non-mediated object play.

The sound emanating from the strobe lit structure is a recording of Ford completing the game's solo challenge in a monotonous 5 and a half minute session. The physical object was constructed in-between bouts of practicing the game, so the audio and visual progressed simultaneously.