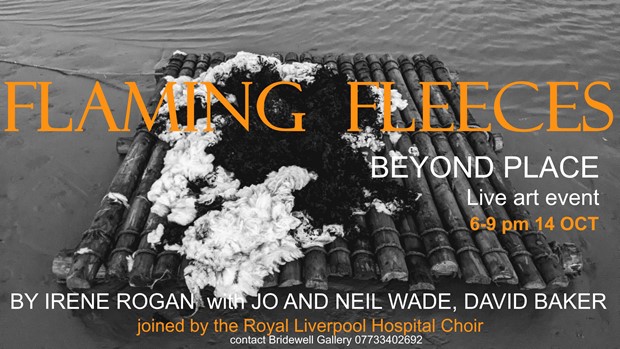 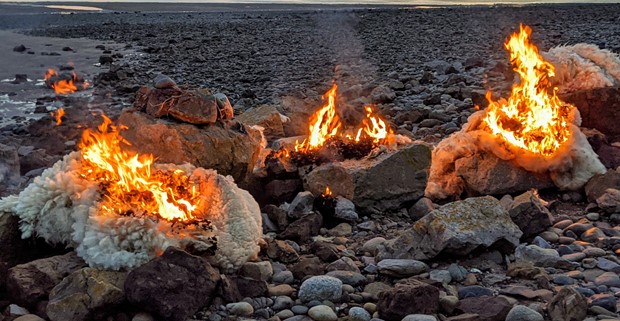 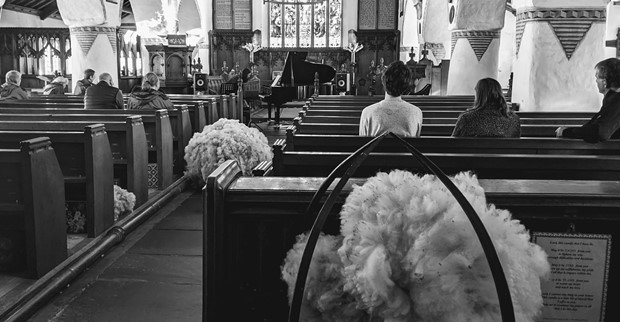 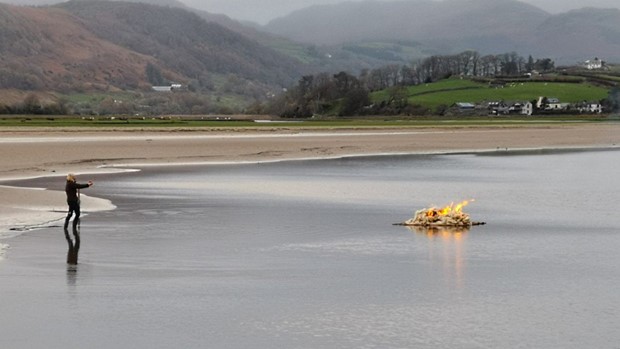 FLAMING FLEECES
Flaming Fleeces is Irene Rogan’s response to the current plight of Cumbrian farmers – who are burning and burying fleeces – unable to sell them in the UK, where the market value is just forty pounds for six-hundred fleeces.

The work is an exploration of a contentious issue within the agricultural community and the strong opposition to sheep farming, through long-term problems with the agricultural industry in the UK.
Burning a number of fleeces was a significant act – part of a series of interventions – giving exposure to the amount of waste and loss – loss in practical, financial, and emotional terms of the rearing of sheep, and through that of the burning of an organic, sustainable, biodegradable material.
In a series of installations ‘Flaming Fleeces‘. are located in landscapes in which it is possible to trace human settlement back over thousands of years and in which ways of living are subject to an ongoing process of adapting. Specifically,' Flaming Fleeces', offer a lament to the nation's heritage as a wool producer, now being bought in bulk and transported overseas for marginally more money, it reflects upon the ways in which this once valued fibre has now become little more than a waste product in the UK.