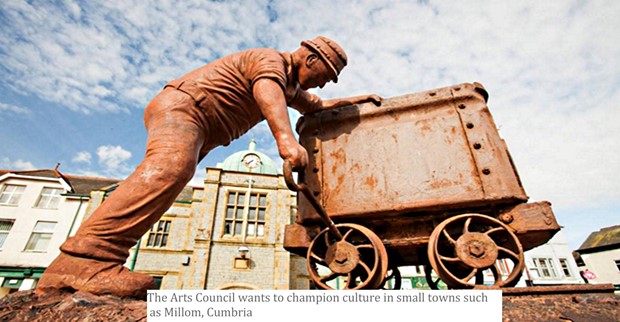 Arts Council England has said it will start referring to “creative practitioners” because people feel uncomfortable with the term “artist”.

It is part of its ten-year plan to champion culture for “every person in every town, village and city” and make it more inclusive.

Disadvantaged communities are expected to be among those that will benefit most from the strategy, entitled Let’s Create. The council says it will support the use of technology to “distribute cultural content” into homes, cultural venues and community spaces.
The report frequently refers to “culture” instead of “the arts, museums and libraries” as part of efforts to be “inclusive” of the activities it supports. It states: “Many people are uncomfortable with the label ‘the arts’ and associate it only with either the visual arts or ‘high art’, such as ballet or opera.” Its authors used the term “creative practitioners” rather than “artists” as an umbrella term to describe anyone who works to create “cultural content”. The move raised a few eyebrows, with some members of the public pointing out that the organisation features the word “art” in its name. The most significant impact is expected to be in areas outside London, particularly the north of England.