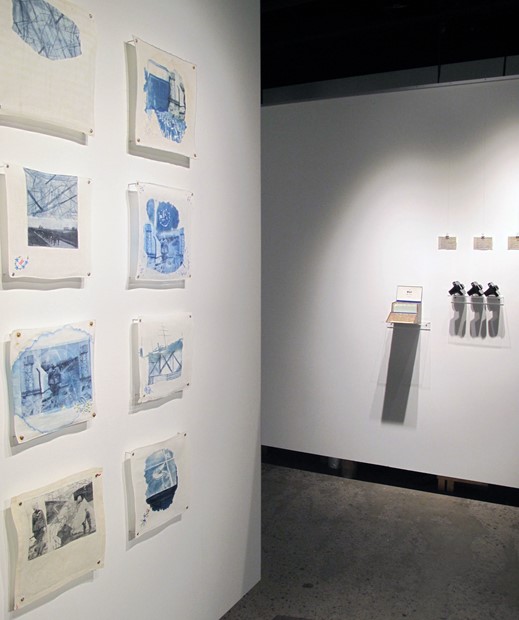 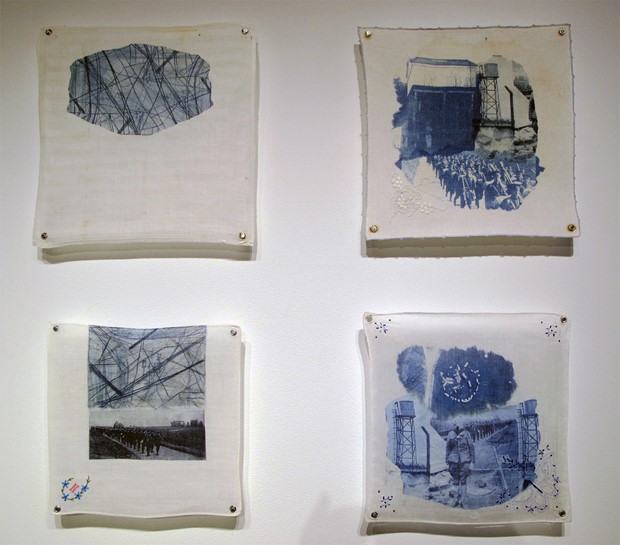 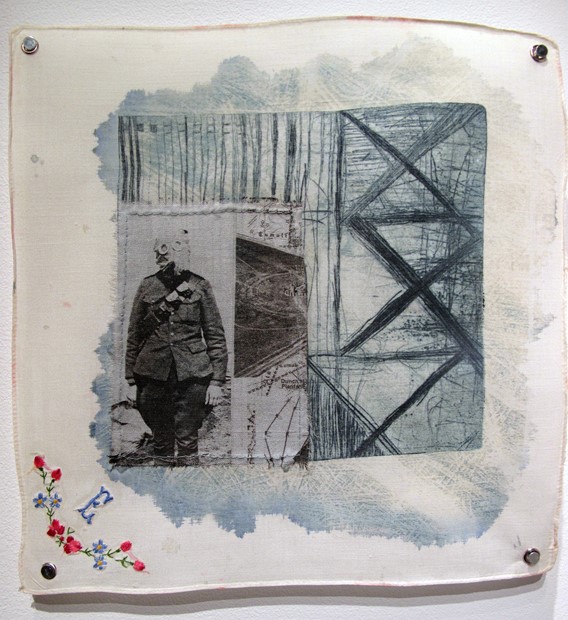 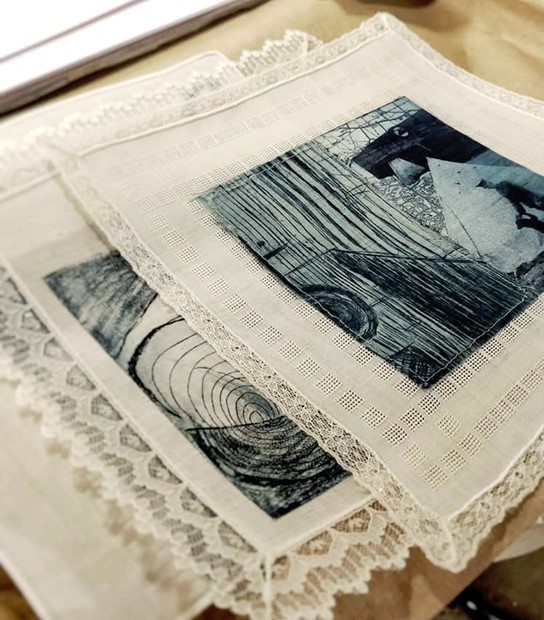 'Forget me Not' combines cyanotype, photopolymer etching and drypoint on handkerchiefs to create a wall-based installation. Soldiers at the Front during WW1 often collected handkerchiefs, as they were easy to carry, and sent them to sweethearts and wives back home. Enterprising women would set up small cottage industries making handkerchiefs near army camps to sell to the soldiers, and local photographers were on hand to take portraits printed in postcard form. These could be cyanotypes because of its simple process. The images on the handkerchiefs include photographs taken at sites on Salisbury Plain where Canadian troops lived and trained. These images are combined with maps, drypoints made in situ on the Plain, and historical photographs of WW1 Canadian troops. The image of a bear cub shows the Canadians’ lucky mascot. Lieutenant Harry Colebourn brought this bear from Canada and named her ‘Winnie,’ after Winnipeg. Winnie became the inspiration for A.A. Milne's book Winnie-the-Pooh.
'Forget me Not' was part of the exhibition Cicatrix Imprimé shown at Atelier Circulaire GalIery in Montreal. Cicatrix Imprimé was part of Cicatrix an international collaboration commemorating WW1 running from 2014 to 2018. Cicatrix Imprimé was awarded an Artists’ International Development Fund from Arts Council England and British Council to travel to Montreal.