Much of my work emerges from the exploration of ideas through small sketches, whereby drawing can become a part of the eventual composition of my abstract paintings and monoprints or act merely as a starting point rather than a finite concept. However, the act of applying colour to a larger surface inevitably involves issues concerning the actual quality of that surface - whether it is flat or textured, 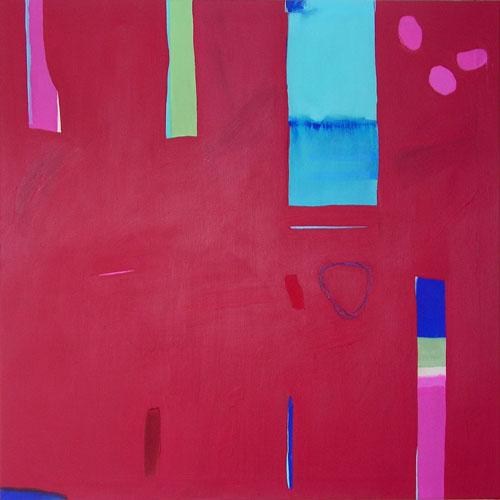 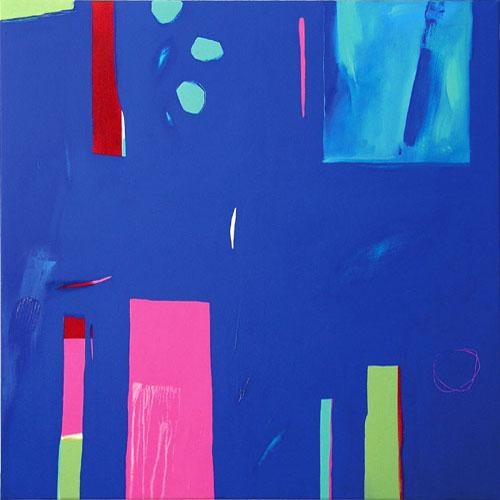 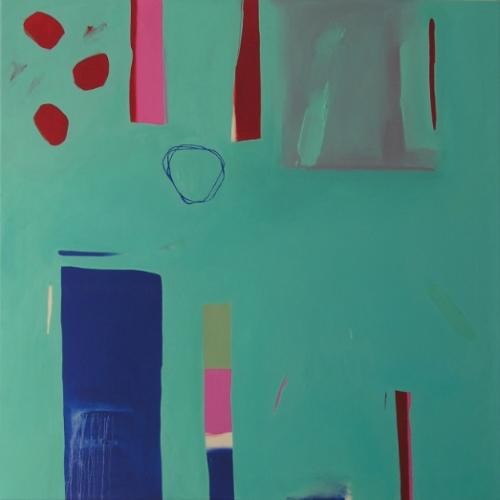 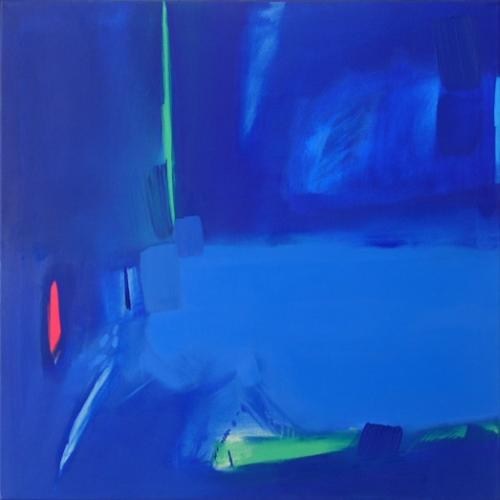 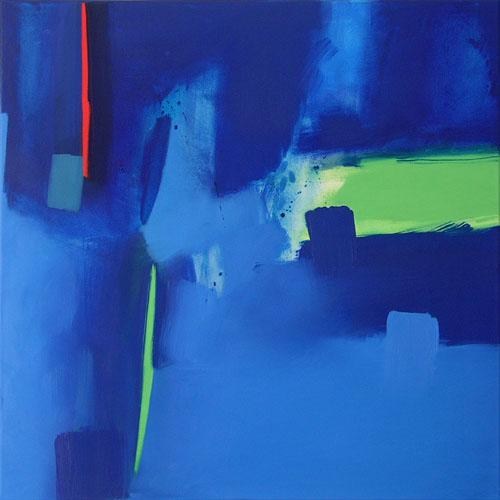 Much of my work emerges from the exploration of ideas through small sketches, whereby drawing can become a part of the eventual composition of my abstract paintings and monoprints or act merely as a starting point rather than a finite concept. However, the act of applying colour to a larger surface inevitably involves issues concerning the actual quality of that surface - whether it is flat or textured, thin or thickly applied, or overlayed - and challenges the concept of the original composition. At this point, the need to be freed from the original idea can become vital, so that expression, exploration and intuition can take over, allowing the creative process to evolve in a different direction from the original idea. It is often as if a mutation takes place in the evolving work as it develops organically and takes on a life of its own. It is this process that excites me and drives me to create. Education and Teaching? I was born in London in 1946 and from 1961-1967 I studied at Croydon College of Art where I completed a Foundation Art Course and a Specialist Vocational Course in Fine Art. From 1986-2002 I taught part-time at Hastings College of Arts and Technology and Eastbourne College of Arts and Technology. During this period I also conducted a number of art workshops in various schools, art galleries and museums, including Hastings Museum and Art Gallery and the De La Warr Pavilion, Bexhill. In 2005 I was invited to teach part time illustration at Goldsmiths College, University of London. Exhibitions? Since the 1980s I have exhibited widely in various galleries including Mall Galleries, London; Rebecca Kormind Gallery, Copenhagen; Hastings Museum and Art Gallery; Brighton Museum and Art Gallerey; White Gallery, Brighton; Gallery 100, DMH, Brighton; Goodwood House, Chichester; The Gallery in Cork Street, London; Clink Wharf Gallery, London; The Poetry Library, Royal Festival Hall, London; Paper Point, Covent Garden, London; Rye Art Gallery; Rye Society of Artists; Bishops Phillpotts Gallery, Truro, Cornwall; Outfitters Gallery, Margate; Royal West of England Academy, Bristol; Hastings Arts Forum, Hastings; SoCo Gallery, Hastings; Trinity Gallery, Tunbridge Wells; August Gallery, Brenchley, Tonbridge; Stark Gallery, Canterbury; Brewery Arts, Cirencester. Awards In 2009 I won the St Cuthberts Mill Printmaking paper Award at Originals 09, Mall Galleries, London. Collections Much of my work is in both Corporate and Private collections and has sold through both exhibitions and agents. Corporate clients include John Lewis and The Royal Bank of Scotland. Publications I have created a number of images to texts. My first book 'To paint the portrait of a bird' based on a poem by Jacques Pr&eacute;vert was published in 1994 with a specially written preface by Lawrence Ferlinghetti. I am currently working on a second book, 'At the limits of nature', for which I am creating a series of images based on twentieth century poems on the theme of liberty and the environment. I have received a small Arts Council Grant to further this project. One of the illustrations was selected for Images 23 at the Royal College of Art, London in 1999 and another one for Images 27 at the Mall Galleries, London in 2003. Public Art? I have undertaken a number of public art commissions in both vitreous enamel and etched glass where I have developed a symbolic way of working using flat colour, line and collage elements. My public art commissions include: Sixteen vitreous enamel murals for the interiors of four blocks of flats on the Barkantine Estate, Isle of Dogs, London An exterior vitreous enamel mural for Hampden Park Library, Eastbourne, Sussex. An exterior vitreous enamel mural and an interior etched glass screen for The Conquest Hospital, Hastings, East Sussex.