The act of recording or tracing transitory moments, constructed mise-en-scènes, forgotten memories, personal archives or possible fictions can all be found in the works of Hannah James. Manifesting as documents of images and objects, these subjects become simultaneously visible, and yet increasingly, more oblique. 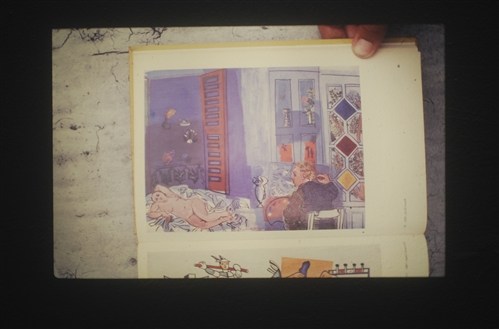 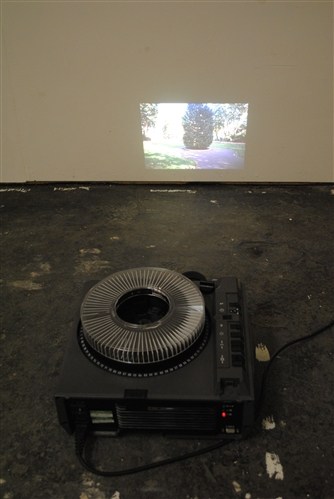 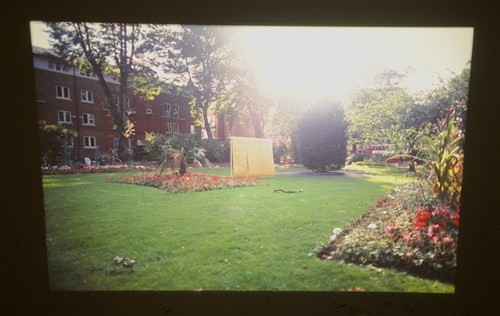 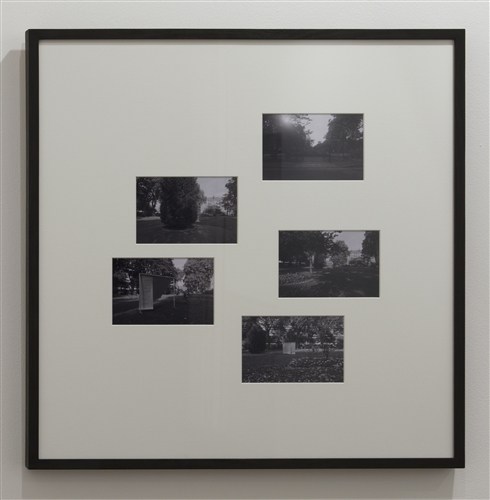 The act of recording or tracing transitory moments, constructed mise-en-sc&egrave;nes, forgotten memories, personal archives or possible fictions can all be found in the works of Hannah James. Manifesting as documents of images and objects, these subjects become simultaneously visible, and yet increasingly, more oblique. James' work finds reference in various subjective moments within a cultural history; from modernist theatre, furniture and architecture design to early performance work of the 60's and 70's. These influences are made tangible through sculptural forms or printed matter that, in turn, form the basis for 35mm slide and photographic works, as well as 8mm and 16mm films. These 'made' works are often positioned against found works; which could be the outcome of a school child's project (handmade pots) or the remnants of an antecedent action (the overspray from an industrial process). By bringing together these disparate elements, the work begins to quietly question the assumed hierarchies and authorships found within. Mediation is central to James' approach. Through the use of both making and appropriating, layers are formed which create a lineage in the work, leading back to the original source. Walter Benjamin's notion of the 'auraratic object '(1) - a form imbedded with its own prior history and experience - is evident within the sense of anachronistic time, history and memory the films and sculptures hold. A dichotomy, however, is at play as James contrasts the controlled and mediated processes involved in creating the celluloid works to the intuitively gestural, spontaneous and even performative printed forms, which are often produced site responsively. This notion of performance, in its broadest sense, is becoming increasingly central to the work. Yves Klien's 'Anthropometry' 1958, or body prints, make reference to James' own large-scale blue, block prints. The role of the filmmaker behind the camera also brings the idea of performance into question, as the viewer is left to ask: what is the relationship between this unknown individual and the object they are recording; are they artist, voyeur, actor or spectator? The experience of both viewing and engaging with an artwork remains a crucial concern. Often presented in an installation format, these works become momentary conclusions, always retaining the possibility to be taken down and reconfigured. By positioning various materials, processes and references, these constituent compositions form momentarily to create transitory vignettes and possible narratives. (1) Walter Benjamin, 'The Work of Art in the Age of Mechanical Reproduction' (1936), reprinted in Illuminations, trans. Harry Zohn, London 1999.