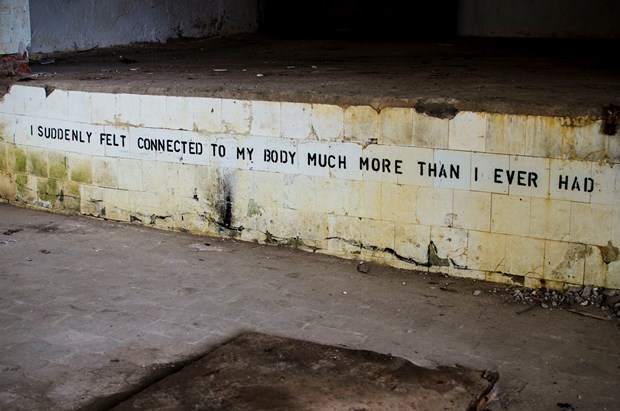 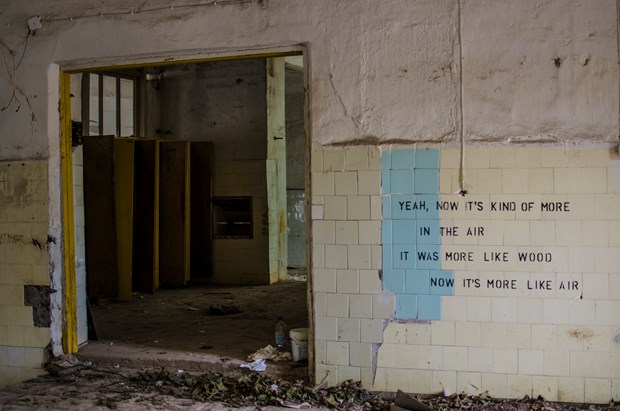 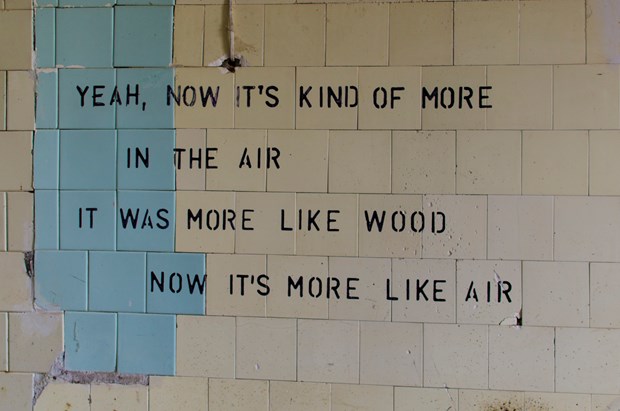 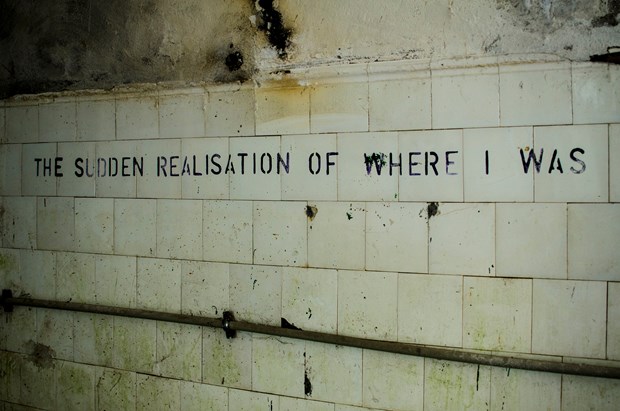 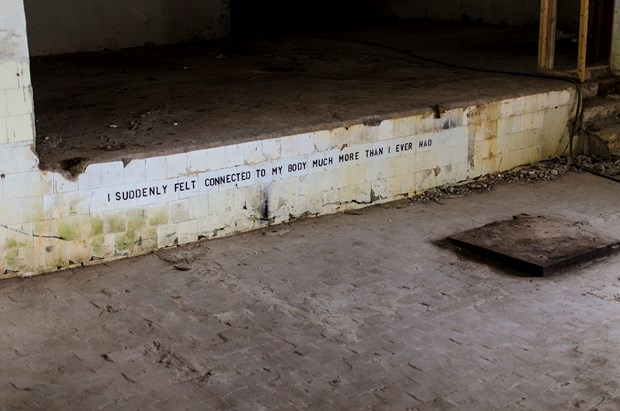 Shiftings are a collection of site-specific text works, each one extracted from interviews with people, describing times of change in their lives. The interviews focused on eliciting descriptions of the sensation of change rather than the factual details.

Here the text works are installed in an abandoned dairy building in northern Lithuania as part of the Zagare Fringe Festival 2015. The work stems from the wider ongoing project 'What it Was When it Happened' which has taken many forms including audio installation and photographs. It was central to my selection for the Tate Thought Workshops project that brought together 30 individuals to explore the theme of change.