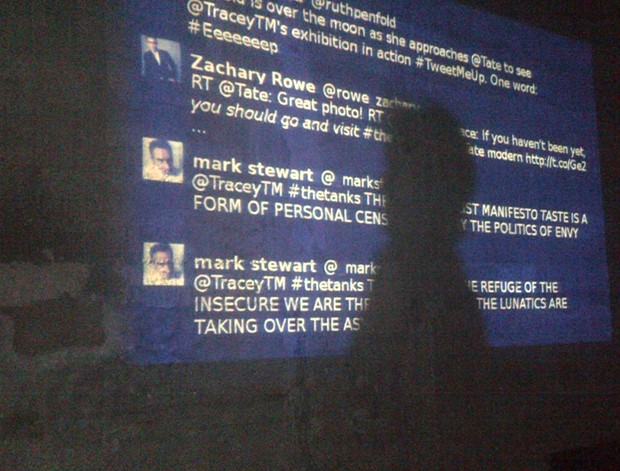 Subtweet_Retweet was an online Twitter conversation between myself and the artist Sara Annwyl about our experiences of being Bipolar. Instead of talking to each other directly we built a dialogue by retweeting statements made by other Tweeters, outlining our own subjective experiences using the voices and thoughts of others. This use of other people’s words references the lack of a voice and disempowerment experienced by mental health service users. Institutionalised and societal discrimination and prejudice contribute to the marginalisation of those suffering mental ill health, an already lonely and disorientating experience which we attempted to communicate in this piece.
A Subtweet is a term used to describe when a Tweeter is unable or unwilling to reference a subject or person directly, and so uses metaphor, coded in-jokes and symbols to infer meaning to the intended recipient. It is usually used as a secret form of flirtation, or as a snide form of passive aggressive attack. In this piece we used retweeted subtweets to depict the experience of being mentally ill, a kind of subconversation about a topic which is difficult to broach and explore directly. Fear, hatred and mockery of the mad is perhaps the most unquestioned form of social bigotry and the last acceptable prejudice., by using other people's statements to tell our own story we sought to draw attention to our own sense of disenfranchisement, but also to the fact that mental pain and difficulty is a shared experience. Madness is a repression that might be found in any life story.
Subtweet/Retweet was shown as part of Undercurrents at Tate Tanks in 2014.