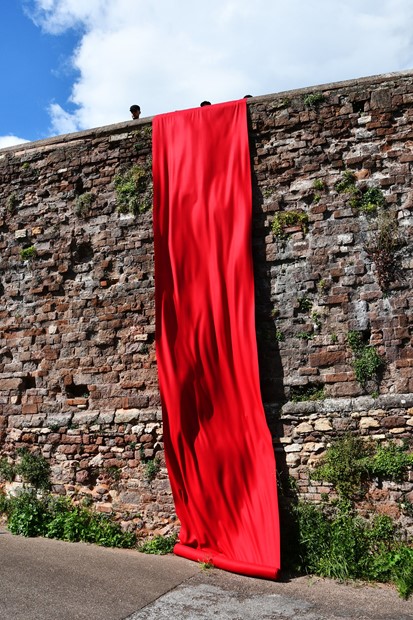 Inspired by Exeter’s historic wool trade and the flow of people and goods that sustained it, this live art event, commissioned by Royal Albert Memorial Museum (RAMM), focused on the theme of migration.

Over the course of one day, a bolt of red woollen cloth breached Exeter’s ancient city wall at points north, south, east and west. The action suggested incursion, defence or escape but, most of all, a red carpet of welcome.

An open invitation was given to join Preston Street Union in the park where, following the final surge, Exeter Pudding was served.