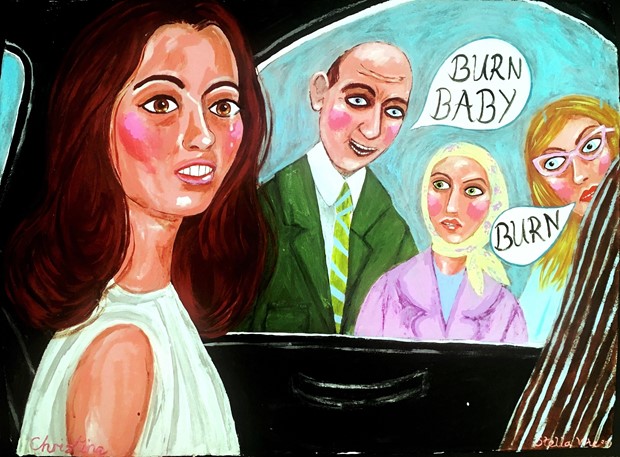 ‘Dear Christine’, the culmination of a four-year project by artist and curator Fionn WIlson, aims to reclaim and reframe Christine Keeler (1942–2017), a woman castigated for her role in a notorious political scandal in the Sixties. The Profumo Affair was a watershed moment in British cultural and political history which brought down the government of the time. Keeler was shamed in the tabloid press and suffered its full wrath as the dawn of the sexual revolution approached. Keeler, it could be argued, inadvertently challenged the prevailing morality of the time and the hypocrisy of the establishment. As a woman behaving in a sexually-free way, she pushed boundaries ahead of her time.

Fionn Wilson says: “Christine Keeler is a significant figure in British history yet there is little recent artistic reference to her. I wanted to add to the visual record of her life, which represents themes still relevant to this day including class, power and the politics of sex. The participating artists are women who offer their own perspective on a narrative that has mostly been led by men”.
‘Dear Christine’ comprises painting, ceramics, sculpture, music, film, poetry, performance, artist talks and workshops.

This ACE-supported touring exhibition has recently been to Vane in Newcastle upon Tyne and Elysium in Swansea and makes its final appearance at Arthouse1 in London in February.