Snapshots of the museum 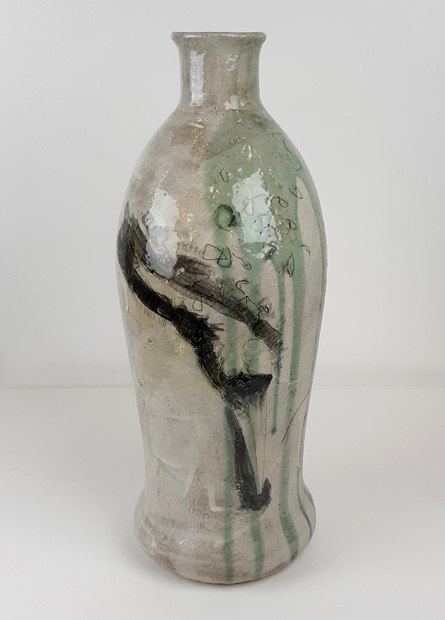 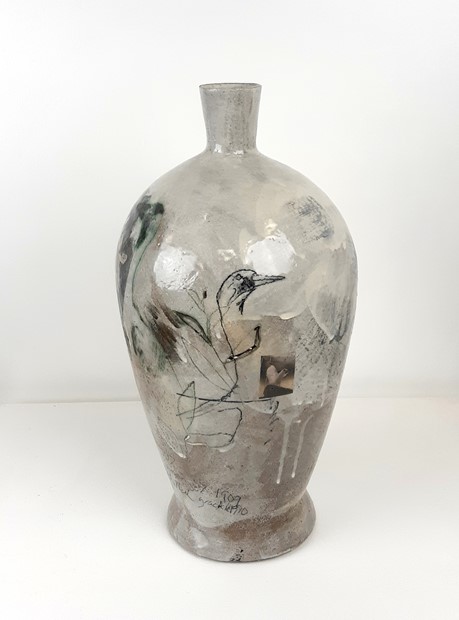 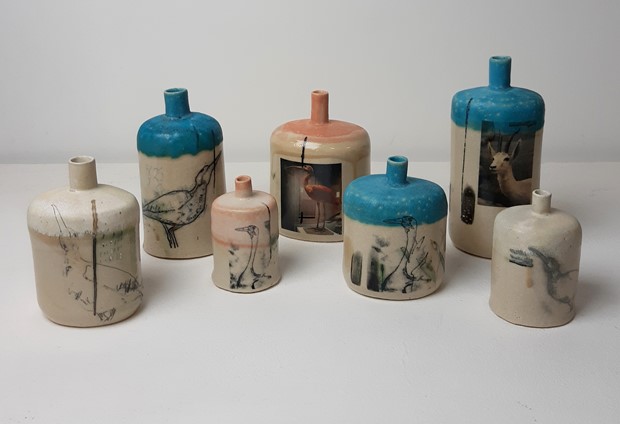 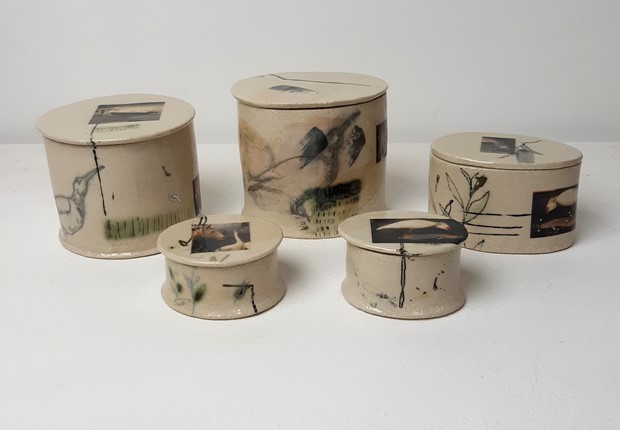 The work in this series is informed by multiple objects in The National Museum of Scotland, Edinburgh. It’s been a great source of inspiration on and off over the years, ever since I was an art student in the early 1990s (many of our weekly drawing classes were held there). I’ve always had a lot of interest in museum collections generally; how objects are chosen and grouped and, perhaps, what is left out. Its particularly interesting how by being in this context, objects that were previously insignificant are given a new status or value. Their new function is to be a part of the museum narrative; snapshots of particular times, places, cultures and contexts. I have revisited the museum’s taxidermy collection with a particular focus on the extinct or endangered species (mostly birds). The vessel forms are a loose interpretation of a variety of objects – including antique lightbulbs, perfume bottles and glass vials and tiny decorated snuff boxes, and have been developed into familiar vessel forms: vases, bottles and lidded boxes.