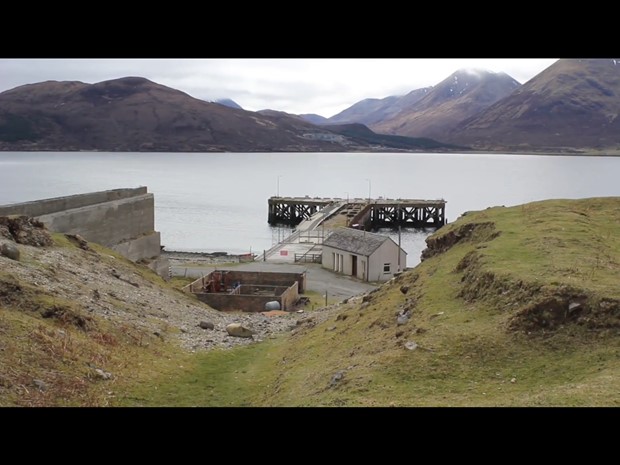 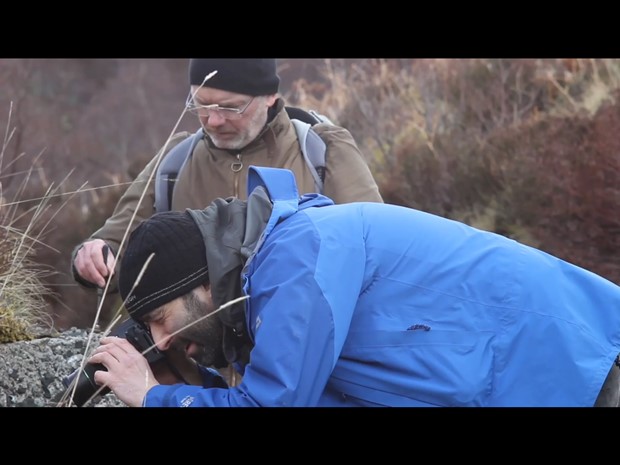 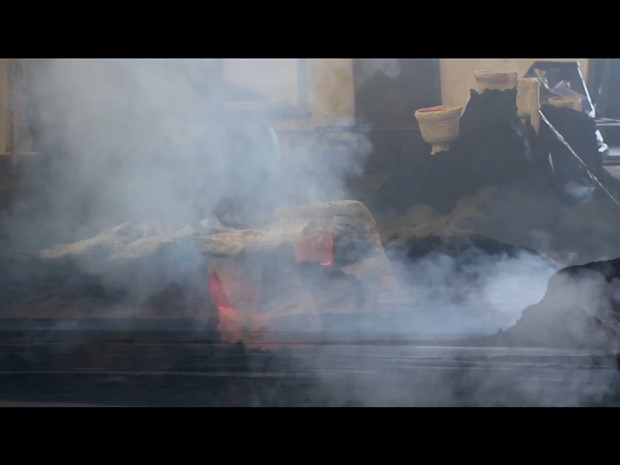 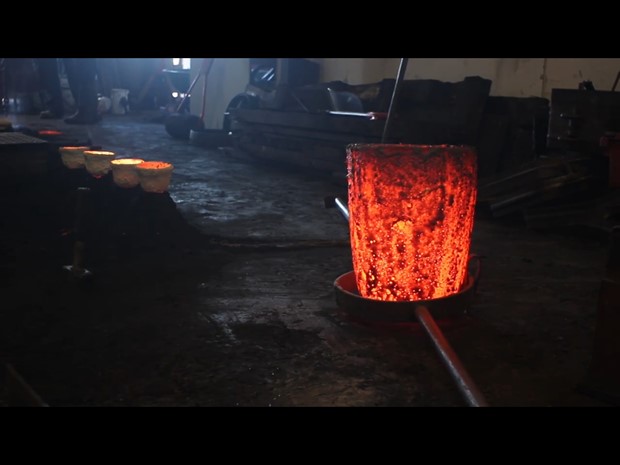 To expand out from and contextualise some of the strands of interest examined as part of the Iron: Origins and Destinations exhibition and symposium, a short film has been commissioned and screened along with three archive shorts from the Moving Image Archive at National Library of Scotland.

Iron:Origins and Destinations was made by artist/film-maker Rachel Nolan and looks at some diverse iron-related subjects artefacts and related phenomena as uncovered in research and exploration into iron as a creative material. The film highlights Ewan Robertson and Gordon Munro's creative studio practice and approach during this project and touches on areas like iron meteorites, Raasay iron mine as well as Joseph Beuys' seminal work Tramstop: A Monument to the Future (1961-76).

Also screening in the exhibition is a short interview excerpt with Raasay resident John Ferguson who’s father worked in the mine as a 14 year old mining apprentice. John relates many aspects of life on the island and in the mine when it was operational as well as highlighting some of the human stories behind this relatively small scale but fascinating example of iron mining in Scotland