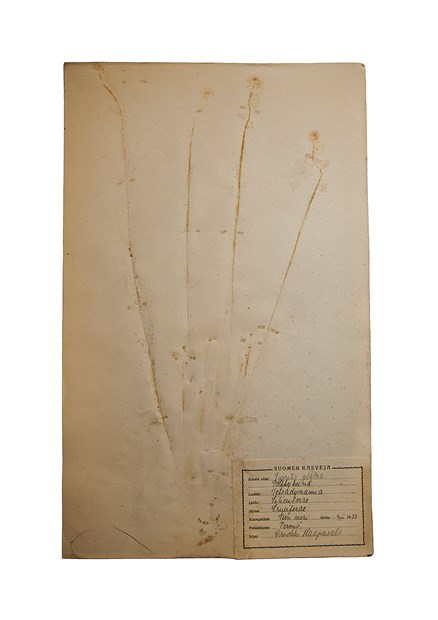 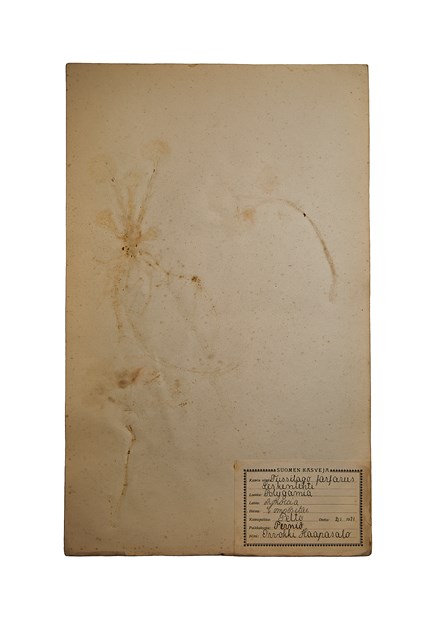 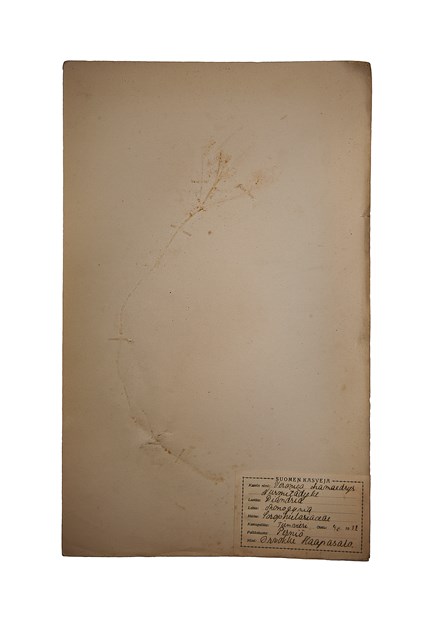 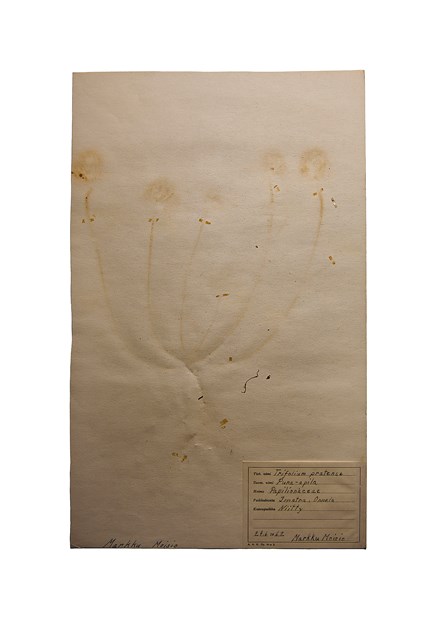 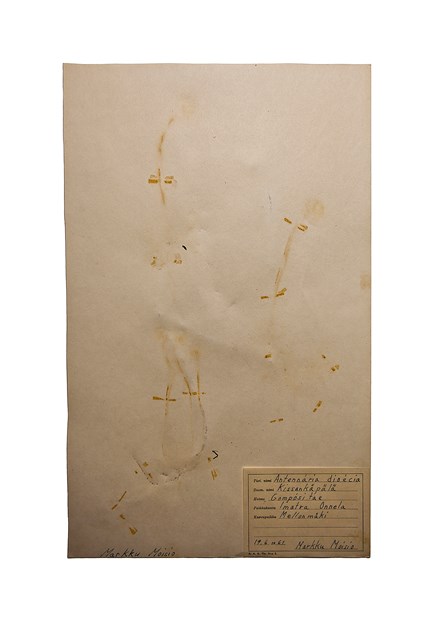 Reflecting on photography's incapability to fulfil the inherent illusions of objective, faithful representation that have been cultivated and celebrated from the very first steps of the medium, the Herbaria Extracta series meditates on the rarely contested validity of scientific practices through juxtaposing layers of traces, unintentional imprints and attempts at preservation, both scientific and photographic, through reproductive photographic copies, considered both diminishing, degrading and multiplying the original, yet also necessary measure for preservation and distribution.

Even though a charmingly nostalgic glimpse of past practices and objects, the work addresses the fragility and futility of the profound human drive to master reality through efforts of imposing control and order on the surrounding detectable world. Through exploring the verisimilitude and validity of the scientific endeavour of organising classifications, the work questions the foundation and nature of scientific knowledge and world-view.

Toying with the entire concept of photographic 'light writing', positive and negative processes, and the history of the medium, these images of unintended imprints of reality reflect on the status of representations as mere traces.

Profoundly laced with the history of photography and science, the work quietly meditates not only on the abilities of any form of reproduction, classification, illustration or preservation to replicate any level of real experience but also on the inevitably transitory nature of most human endeavours.