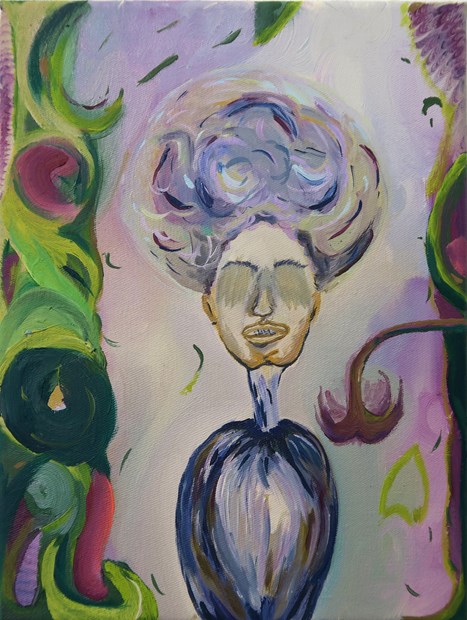 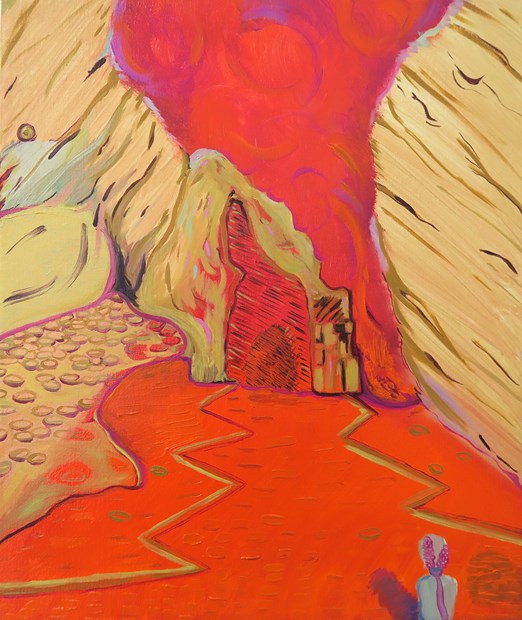 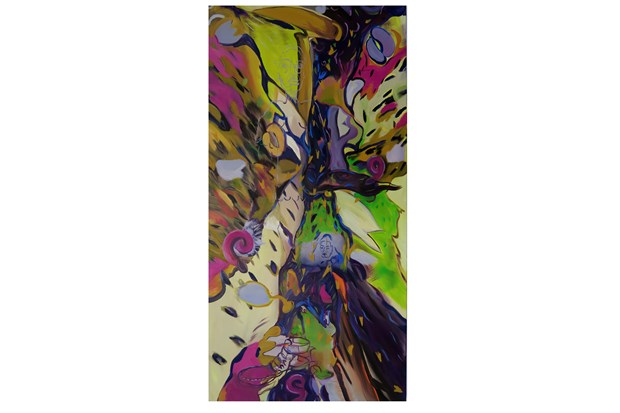 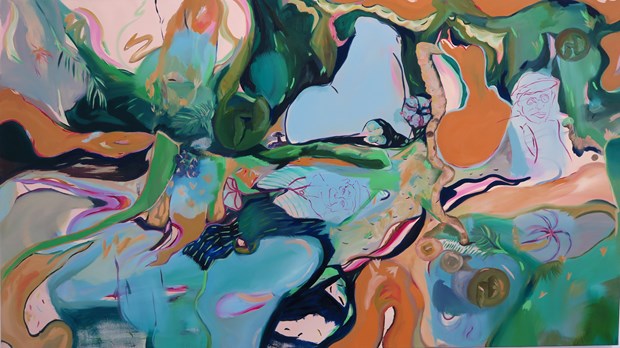 "The girl whose hair petrified into a waterfall", 2016 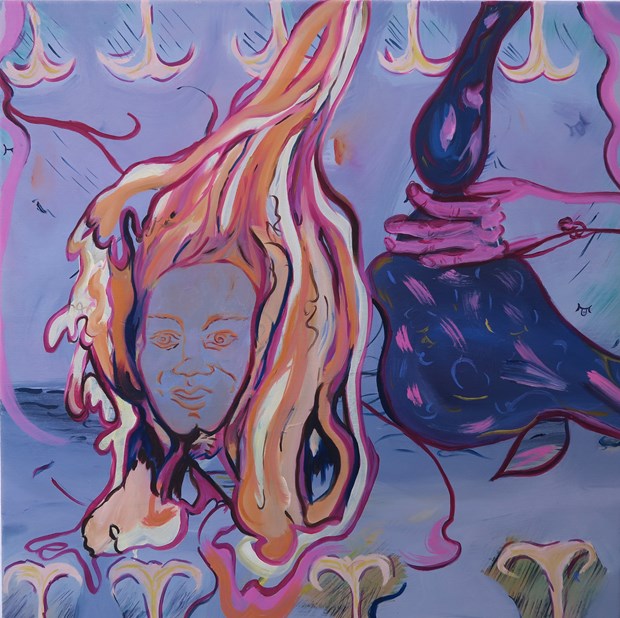 “I’ve made some things for you, Constant Reader; you see them laid out before you in the moonlight. But before you look at the little handcrafted treasures I have for sale, let’s talk about them for a bit, shall we? […] And do come a little closer. I don’t bite.” – Stephen King, Bazaar of Bad Dreams

My practice is an investigation into how we attempt to understand the world through journeying; the objects and experiences collected along the way.

The desire of tourists to purchase the exotic, but only within the safety of Westernised limits. I am interested in ideas of otherness and how we as Westerners try to possess exotic otherness.

Alongside my practice I write stories that blend the genuine with the imagined. Returning slightly to notions of the fairytale that are loaded within the title or the space of the painting. Using the setting of the wood, which carries many ominous culturally accepted connotations, my woodland comes in less foreboding hyper-real colours, that swirl through the painting bombarding and disorientating in a different way to the deep dark wood.

Creating spaces that are only veracious within the realm of paint, the works draw together through cutting, sticking and pasting perhaps un-related or geographically distant memories. They build like maps, plotting a personal journey around the world using the way in which we filter our experiences down into essential objects and memories.  Saccharine colours are brought into focus by delineated motifs. Much like memories that are sometimes only hazy colours contrasted with more sharply defined snapshots.

Functioning in oppositions: domestic/exotic, painterly / linear 2d/3d in an attempt to harness the constant wavering between knowledge and ignorance, belonging and not. Collecting these souvenirs on our continuing journey that are mostly only masquerading as genuine and hardly diminish the gap in understanding to the exotic.

The Woon Prize for Painting and Sculpture, Gallery North 2013

Death Of A Tourist, Graveney and Meadow 2012

The Woon Prize for Painting and Sculpture, Judges Discretionary Award

http://explore.saatchiart.com/invest-in-art-part-3/ ‘14 Artists to invest in Now’