IS MY BODY OUT OF DATE? THE DRAG OF PHYSICALITY IN THE DIGITAL AGE (Episode 3) 2019 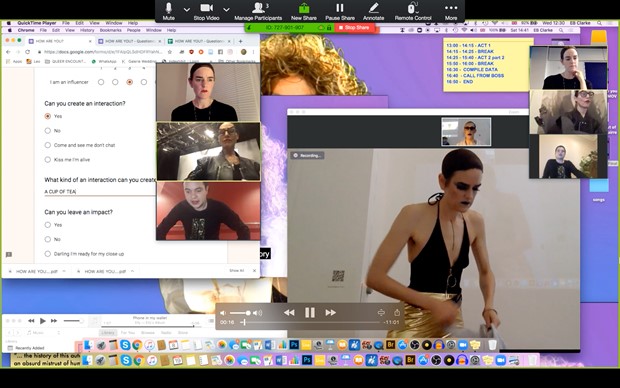 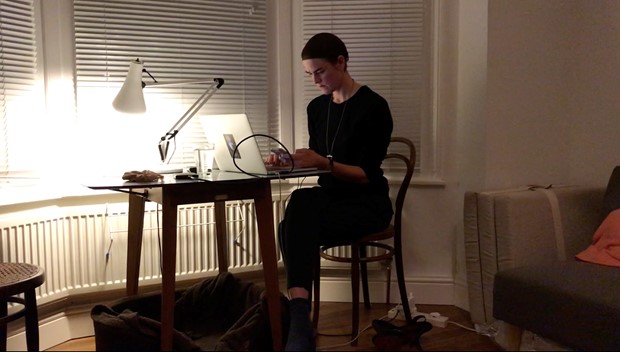 This third episode of this laptop based networked performance was presented at the Body of Knowledge conference at Deakin University in Melbourne on 28th June 2019 with Bon Mott and Sean Miles. I was in my flat (at 4am) in Brighton; Miles & Mott physically present at the conference – hired, as it were, as ‘backup bodies’, which is one of the concepts I am and have been exploring through #Sergina for a while. The script was hacked from its previous version (at the Barbican, see p.3) in collaboration with Mott and Miles via Google Docs over a series of Zoom rehearsals. Both Miles and Mott brought their research and personalities into the script - as well as to the delivery. As with previous works, the lecture put verbatim text from theorists into dialogue through the mouth/s of #Sergina, with citation delayed until the end.

Facilitated by video conferencing software Zoom with the use of screenshare from my computer throughout, the performance wove in screen-recordings of previous performances and video shoots, including screenshare material from HOW ARE YOU? at ONCA and from a dress rehearsal of this same script performed a few days earlier. The performance was an attempt to reflect upon what it is to be and have a human body in a society that is increasingly experienced through screens, how to maintain and build meaningful connections through and in collaboration with the tools available to us, as well as the difficulties of being able to tell sometimes what is what, or who is who. Or, indeed, where anybody is.

Although #Sergina has been performing through different bodies in different cities since 2015, the bi-hemispheric nature of this performance was due to my decision not to fly to Melbourne from London on account of the Climate Emergency.

Link to interactive journal article written about this performance: https://idea-edu.com/journal/index.php/home/article/view/360
Link to video as performed: https://youtu.be/wEiNUKjKIAo