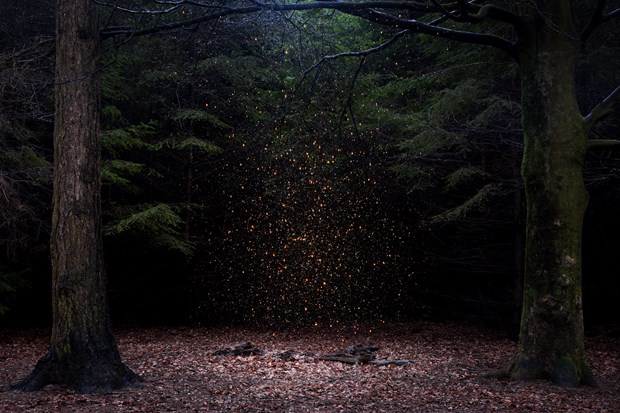 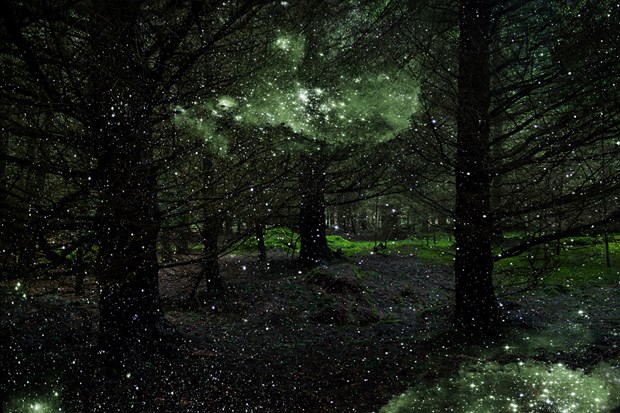 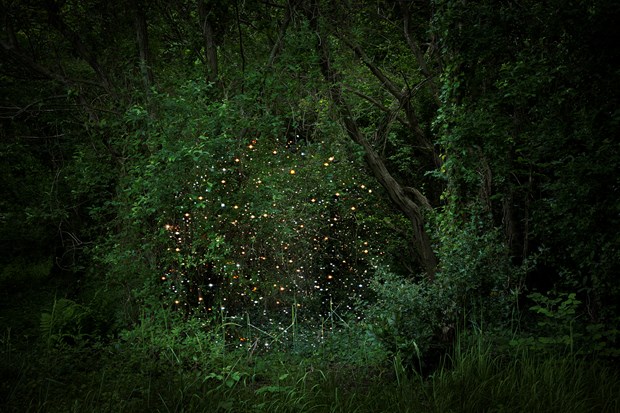 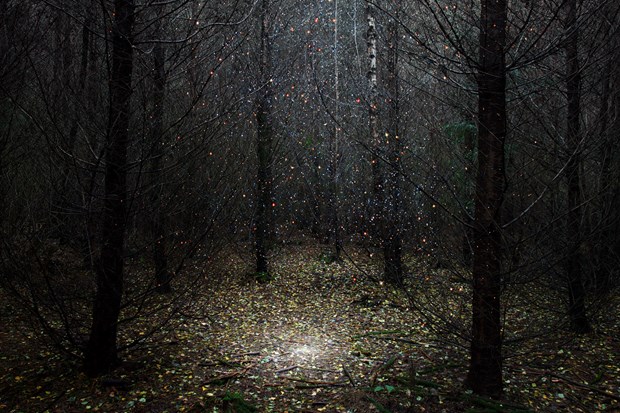 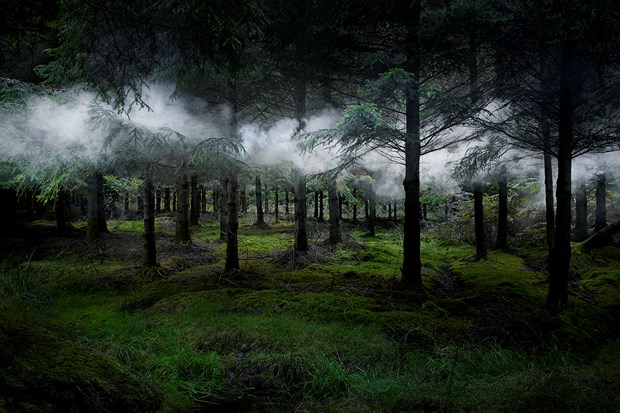 Ellie Davies (Born 1976) lives in London and works in the woods and forests of the UK.  She gained her MA in Photography from London College of Communication in 2008.

She is represented by A.Galerie Paris, Sophie Maree Gallery in The Netherlands, Brucie Collections in Kiev and Art Gemini in Singapore.  Crane Kalman Brighton Gallery exhibit her work at London Art Fairs.

Between the Trees 14, 2014 is currently on show at the Royal Academy of Arts in London in the Summer Exhibition.  It runs until 30th August 2015.

This year A. Galerie Paris showed Davies’ work in Outside, a group show which ran from 29 January until 21 March.  Outside then travelled to Art Paris in March and on to A.Galerie Brussels where it was exhibited throughout April and May 2015.

Crane Kalman Gallery Brighton took her work to Photo London Art Fair at Somerset House from 21 to 24 May 2015.

Davies' most recent solo exhibition Stars ran at The Sophie Maree Gallery in The Hague from 10 January to 28 February 2015.

Other recent solo exhibitions include Into the Woods at The Richard Young Gallery in London, Come with Me at The Print House Gallery in London, Smoke and Mirrors at 10GS London, and Ellie Davies New Landscape at Bruce Collections, Kiev in Ukraine.

Group exhibitions in 2014 include The Art Gemini Prize Exhibition at TriSpace Gallery in London, Uncertain States at Four Corners Gallery in London, and The Open West 2014 at The Wilson Gallery in Cheltenham.  Forest Stories Touring Exhibition travelled to The Russian Museum Summer Gardens in St. Petersburg, to Krasnodar Central Park, Krasnodar, Russia, and to Illinskii Forest Museum, Perm, Russia.  Other exhibitions include Inside Out at PH21 Gallery in Budapest, 100 Trees at Onca Gallery, Brighton, The Arles 2013 Photo Festival in France and at China House in Malaysia.  Also, The Noorderlicht 2013 Photofestival in The Netherlands, and the 2012 Singapore International Photo Festival.  In late 2012 the Open to Interpretation: Intimate Landscape Exhibition toured the USA including Gordon Parks Gallery, St Paul, Minneapolis, and Newspace Centre for Photography, Portland, Oregon.

Her work is held in private collections in the UK, the US, Central and Eastern Europe, South Korea, Hong Kong, Russia and The United Arab Emirates.  WUD: Four Fictional Walks in the Woods has been added to the collections of the National Art Library at the Victoria and Albert Museum in London, The Library Project Bookshop, Dublin, The Glasgow School of Art Library, and is stocked in Foyles London.

Lives and works in London.

Our World My Eye June 2013
http://www.ourworldmyeye.com/posttopics/photography/ellie-davies-shot-forgot/

Into The Woods, Photobook, by Ellie Davies and Bob Books, self-published June 2015

Dazed and Confused, Photobook of the Month, May 2013

Notes from the Underground, Interview, June 2012

Behind the Image By Natasha Caruana and Anna Fox. Thames and Hudson, 2012

In Site, In Site Gallery, Brighton - In conversation with Graham Hume, October 2010

Davies’ work is held in private collections in the UK, the US, Central and Eastern Europe, Russia, the United Arab Emirates and South Korea. ‘WUD: Four Fictional Walks in the Woods’ is held by the National Art Library at the Victoria and Albert Museum in London and Glasgow School of Art Library and is also stocked by Foyles London.